the bar at APL

One of the hottest steakhouses to open this year is APL in Hollywood. For anyone lucky enough to get a rib or two from Chef Adam Perry Lang at either the Jimmy Kimmel show or the annual Alex’s Lemonade food festival fundraiser, you know how great he is with meat. And yes, I’ve had food from Chef APL both those events.

Ah, but the prices, you say. Well, here’s a secret for you – there’s a steak special at the bar and it’s like playing Russian roulette– you never know what you’re going to get but it’s going to be great. And it comes with fries. Which immediately is a deal as the steaks on the menu don’t come with fries or any side, actually. I was tempted to get the bloomin’ maitake though.

On this night, I spun the wheel (metaphorically) and ended up with a bone-in ribeye! My favorite cut! And I got to handle the $950 “prison shank” felony knife that Chef has made for the restaurant.

The steak comes with Bearnaise sauce. I did ask for the steak to be medium rare which initially looked quite cooked but once you slice it with your felony knife, you can see the red red red of the interior. Perfection. 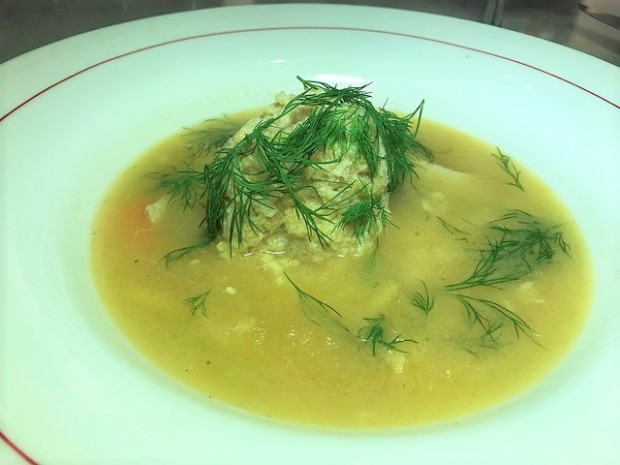 I did get some soup and heard the matzo ball was great so I tried it. I liked the fresh dill in it. The soup itself was practically a stew with the schmaltz! It was so rich and creamy. 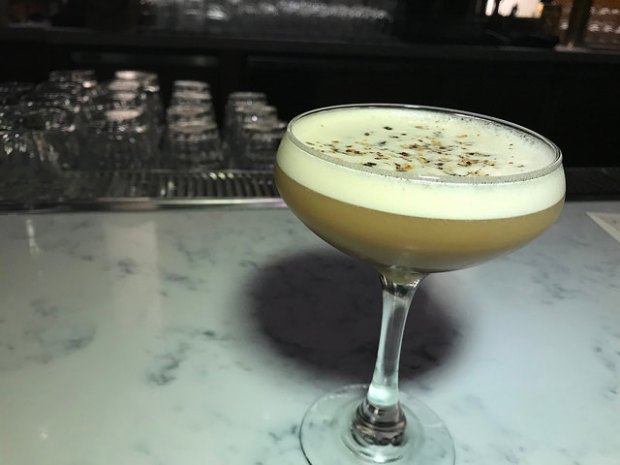 As Good As Grandma’s

I ordered my drink before I ordered my meal so I didn’t really pair it to anything. It probably works better as a dessert drink with the pecan crumble. However, since it’s essentially a brandy sour, it was light enough to balance against the heavy meal. Next time, I’d get this as a nightcap.

I’d like to return for Hole in  the Wall, the take out window next to APL but since it’s only open during lunch hours weekdays, it might have be a delivery situation.