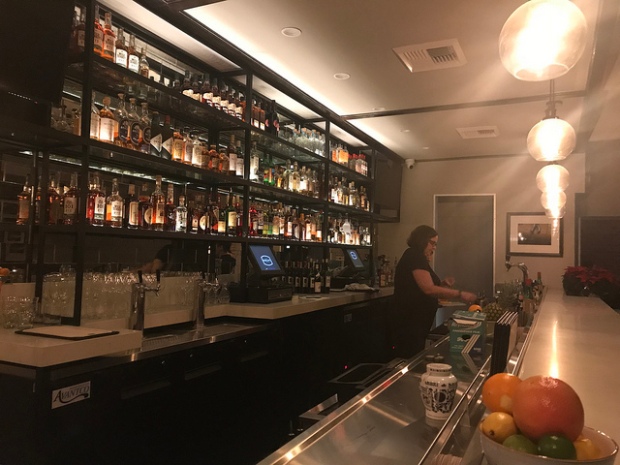 I checked out The Shelby when it was in soft open last week. The restaurant and bar takes over the old Sushi Roku space on West 3rd, not far from the Beverly Center and just across the street from No. 10 and The Phoenix.

It’s a comfortable space with a large bar dominating the center of the room though there are nooks you can hang out in as well.

The menu is the handiwork of Josh Goldman who most recently did the menu at Conservatory and Society Room in West Hollywood. 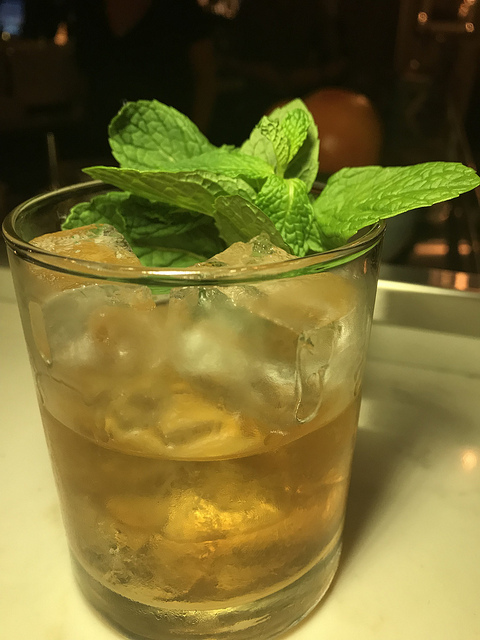 I immediately spotted a couple of drinks that were The Minty style drinks. I ordered the Clifford Joseph Harris, Jr drink. I’ll have to ask Josh the next time I see him why did he name this drink after T.I., the rapper. But perhaps they’re friends. It seems highly likely in a town like Los Angeles where you can become friends with celebrities.

As for the drink, think rhum old fashioned with a touch of lime. 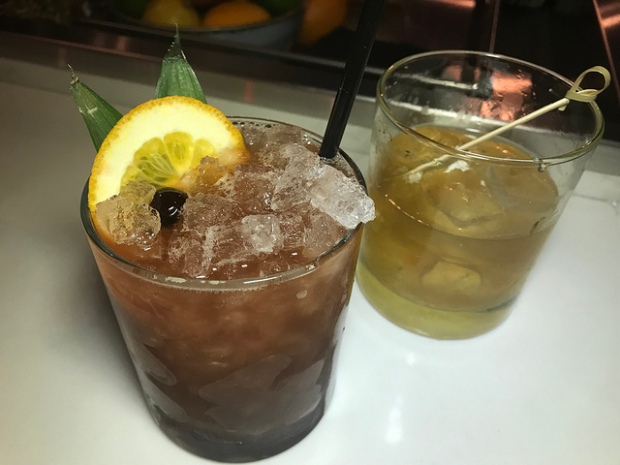 I’m a huge Jungle Bird fan and I was curious about this one at the Shelby since it mentions sirop de canne (cane syrup). It did give the drink a funky edge. I liked it. I also tasted the Lovable Curmudgeon with bruleed raw honeycomb. I say this is more like a Manhattan but on the rocks.

Welcome to the neighborhood, The Shelby! Looking forward to more good stuff!