Koreatown: Getting Steamy at Shabu Hyang

On New Year’s Eve day we headed out to Koreatown to try hot pot. However, the spot I originally wanted to go was closed and a quick search led us to shabu shabu on the next block. I do love Los Angeles and how it’s so easy to find something similar to what you’re craving right away.

We went to Shabu Hyang and was happy to find they have lunch specials. We got the $14.95 deal which is all you can eat and it really is a deal because otherwise they ask you to order two plates per person and that could be $30 or more!

We got a dual pot. One had a mild broth while the other was spicy. 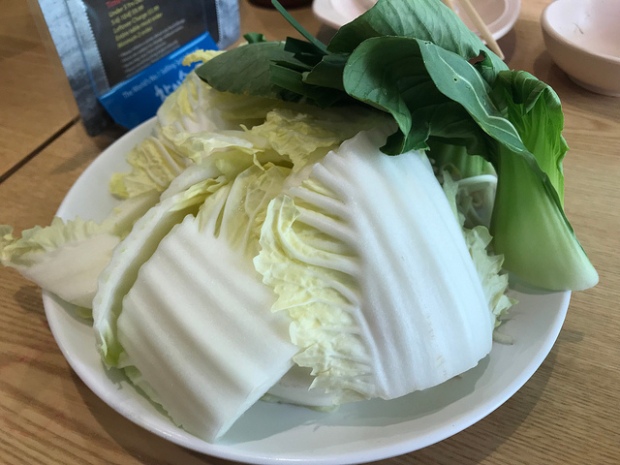 You also get a plate of veggies with your meal and noodles.

We also ordered some steamed dumplings. These were good. 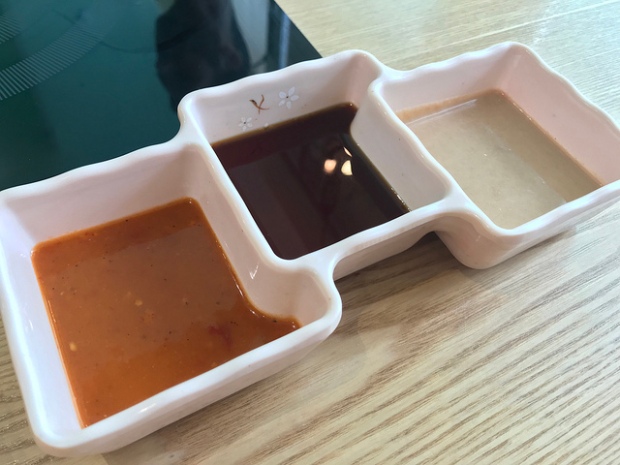 At Shabu Hyang, you get three different dipping sauces. I generally stuck to the perky citrus-based soy and the sesame one. The hot sauce was really spicy so I used this one sparingly. 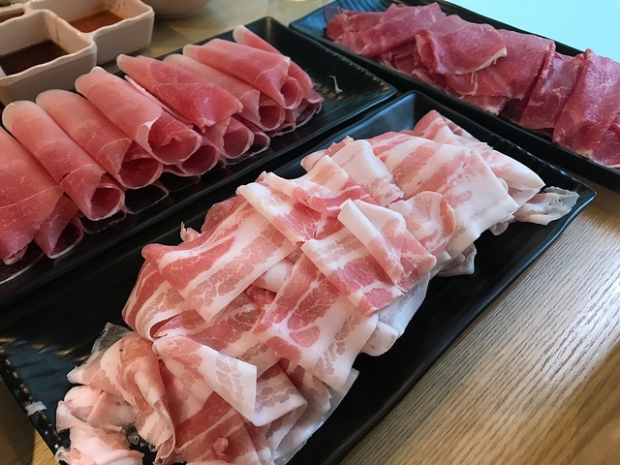 I felt meats were of good quality and they cooked quickly.

We had a great time and I’d return again.

← DTLA: Happy Hour at Preux and Proper
DTLA: Nightshade in the Arts District →

One thought on “Koreatown: Getting Steamy at Shabu Hyang”