While I was in Armenia, I saw restaurants specializing in khinkali. They’re stuffed dumplings and is not Armenian food but rather, Georgian. One of Armenia’s neighbors is Georgia. I did have some while I was there and wanted to try more when I got home. It took me a while but I found Khinkali House in Glendale. Funny enough their original restaurant was in Armenia so it makes sense the American one is in the heart of Glendale.

We decided to try the khinkali both fried and boiled. You can order by piece so we got one of each. We picked beef for the fried one and a boiled mushroom one (shown below).

It’s okay to eat just the filling or “stomach” part of the dumpling and discard the top. In fact, at parties, many count the tops later to see how many you’ve eaten!

I love that we got chickpeas to much on while we waited for our food. 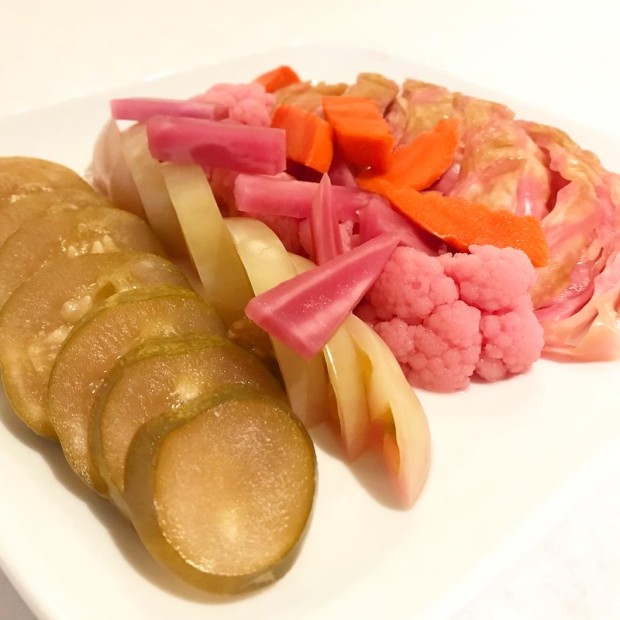 My friend and I are both pickles fiends so it wasn’t a question if we should order the pickles. 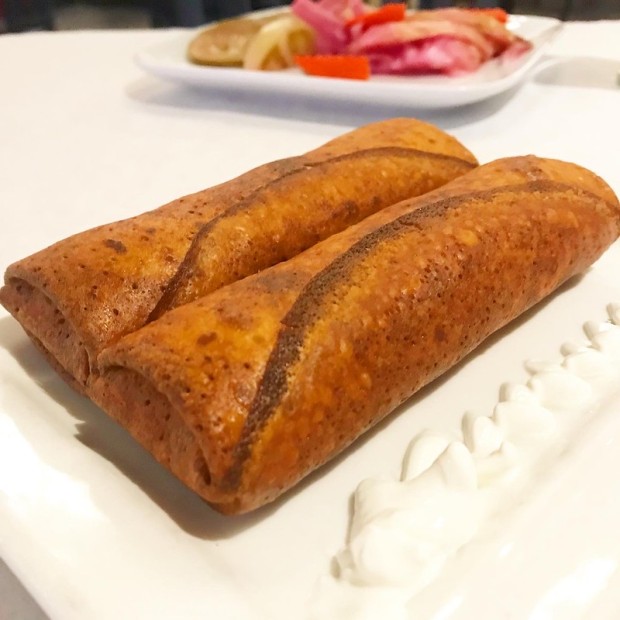 These crepes were quite dense! Get the blinchik if you want an hearty appetizer. We got the meat ones.

Khinkali does have patio seating but I would suggest them for take out as well.