On Sunday night, in the heart of Hollywood at the Falcon, Mutineer Magazine celebrated its 2-year anniversary. The party benefited Global Water Relief.

I was this close to dressing like a pirate. I figured that’s what a mutineer was, right?

I decided to restrain myself and wear a tasteful black and Mexican papaya colored striped dress. With a ruffle. Pirates, I mean, Mutineers like stripes and ruffles, right?

I brought along my BFF, Sophia LoRENEGADE, an enforcer (referee) for the LA Derby Dolls. I am a season ticket holder and we were both delighted there were two Dolls there; captains of the Flight Crew (Janis Choplin, aka “Choppy”) and Varsity Brawlers (Long Island Lolita) teams. They were representing Murphy-Goode Wine, a sponsor of the LA Derby Dolls. 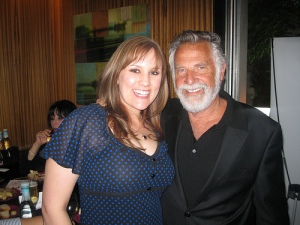 Sophia with the Most Interesting Man in the World

Other interesting guests included Jonathan Goldsmith, the Dos Equis spokesperson known as “The Most Interesting Man in the World.” 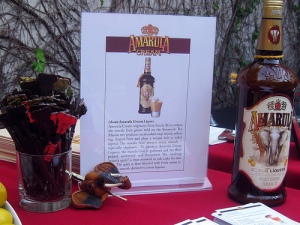 Amarula Cream was the title sponsor of the night. They passed around trays of their cocktails. I’ve had Amarula a few years ago and treated it a bit like Baileys Irish Cream (enjoyed on the rocks). I like their Amarula & Eve cocktail though.

Combine all ingredients in shaker and strain into a glass. 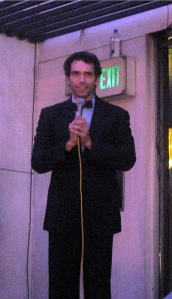 Comedian Ben Morrison was the host and MC of the evening. 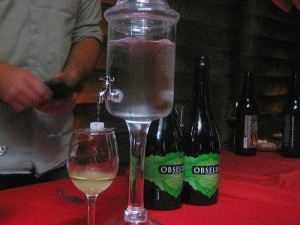 I’m dead set against licorice and therefore absinthe but have occasionally swilled the stuff. Obsello Absinthe turned out to be mild on the licorice and actually quite enjoyable. 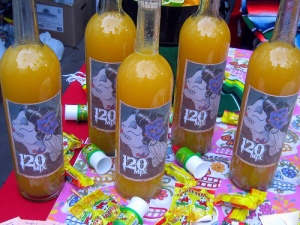 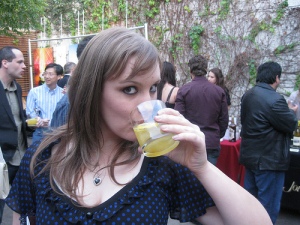 One year, almost freshly out of college, I was in San Francisco and had the pleasure of learning all about tequila at Tequilapalooza. Like most people, I started to hate awful manufactured sweet and sour mixes. I generally then avoided margaritas unless I knew the bar wasn’t giving me high fructose corn syrup mixes. Tasting the Ortega 120 margarita, I could taste the fresh fruit juices. 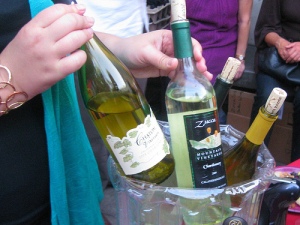 There were lots and lots of people around enjoying fine beverages but it seemed quite a few people were enamored with the wines from Calaveras County. We were urged to try some of the wines and my picks were from Newsome-Harlow and Zucca. 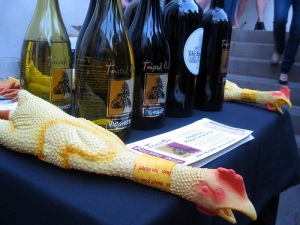 Then we hopped over to the Twisted Oak table where we enjoyed their wine best known as “Potty Mouth” or “the F-bomb.” We definitely had a great time with them. 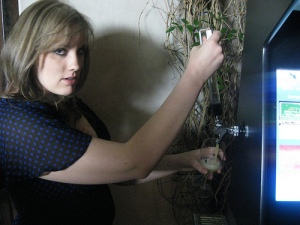 Sophia with the Arkeg machine

We tasted many, many other things but we really couldn’t cover it all.  On our way out, we were startled to see a beer tap on the side of an arcade game. Woah! We must get a picture! Well, and drink a little beer. Arkeg not only has the beer tap and keg inside the arcade game, but it actually is a playable machine.

What a party! For more pictures, see my flickr set.