Trucks? Shucks! How about we make a pit stop at the Stop?

Sure, you can find Border Grill at their Santa Monica restaurant and truck but now they opened a walk-up stop just two blocks away from their sister restaurant, Ciudad, in Downtown Los Angeles.

I checked it out last week though they had an official party this Wednesday. 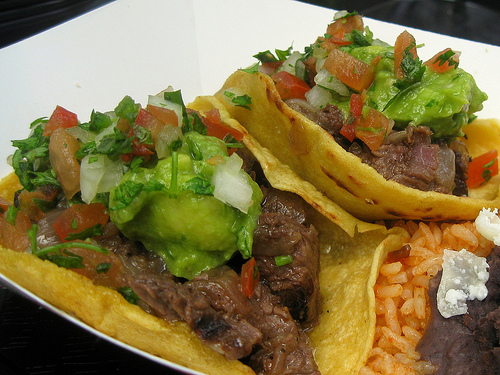 My friend and I got the carne asada tacos, tuna sandwich, an extra side of avocado salsa along with a guava empanada. We spent probably as much as going to a sit-down restaurant. But the quality of the food was very good and we took our chances sitting next to the Stop during the windy day. 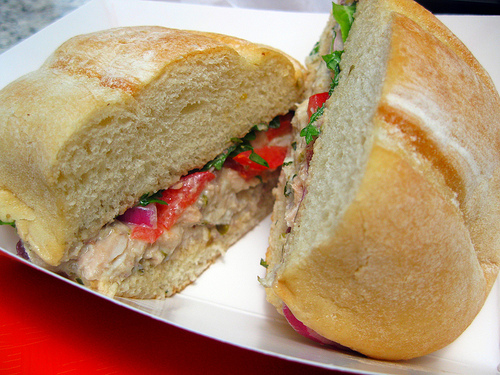 The carne asada was tender. I probably shouldn’t have gotten the non-Latin sounding tuna sandwich but the ingredients sounded so fresh. I only wish the bread had been grilled or pressed. They did warm up the empanada though. It was incredibly buttery and rich.

I think this is a great option for office workers in the area but I rather go to the actual Border Grill restaurant in SaMo or even grab a taco from the truck.

at the Wilshire Street Kiosk