Back in the Summer of 2005, I went to Babbo. It was across the street from our hotel and we had heard it was really good. I remembered thinking at the time I didn’t know if I wanted to go to a Mario Batali restaurant. Having grown up watching the Food Network, he sort of struck me as an affable culinary clown. With his bright red hair and cheerful demeanor, going to one of his restaurants didn’t seem very chic. Well, what did I know? My fine dining experience was limited to choking on fish at Wolfgang Puck’s Spago at the time (long story). 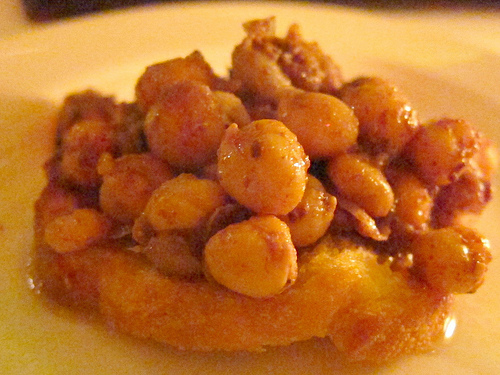 We were laughed at when we called about a table but then told to call again right before the restaurant opened to see if there were any cancellations. There was one and we called our friends to join our table, settling into an early tasting menu. It was $65 or so for 8 courses which at the time was a lot of money (now I would think this is a good deal, funny how things can change). It was fantastic and one of my most memorable meals. To this day, I owe Batali an apology. The man did know a thing or two about food and then I eagerly awaited Mozza when it opened in L.A. Now I think of Mozza as really more Nancy Silverton’s restaurant so until I get back to New York, the closest to Babbo I heard was B&B Ristorante in Las Vegas. When my friend asked me where did I want to go to dinner, I instantly answered B&B.

Our server really wanted us to get the tasting menu but I wasn’t really in the mood for it. I wanted to pick and choose what I wanted to eat and not have what everyone else was eating in the restaurant at the time. Of course I know the tasting menu was selected to showcase the best of what B&B had to offer but the grilled octopus and the beef cheek ravioli were calling our names and they were not on the tasting menu.

We ordered the grilled octopus to start. We agreed it wasn’t as tender as Mozza’s but it was still very good. Not too chewy and had a different flavor. I preferred the beef cheek ravioli over the braised oxtail gnocchi. I started wondering if I should have ordered the tripe or the veal brain. 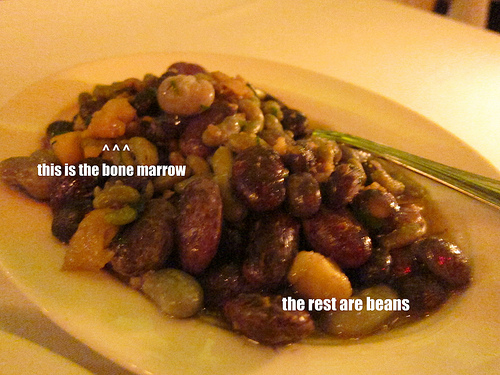 I don’t think we picked the proper contorni (vegetable) to go with our grilled pork chop but we were waylaid by the idea of bone marrow on the beans. I was imagining something like Lazy Ox’s fried bone marrow but it turned out to be tiny scooped out bits of marrow on the beans. If you didn’t look closely in the dim light, you could have missed it.

The pork chop was great but I avoided the horseradished infused apple slices. Wow, they were spicy. I was glad I had my glass of Lambrusco to round out the meal.

My friend opted for the Citrus and Cream dessert but I had my heart set on the quince crostata. Unfortunately they misheard and brought out the apple crostata. They speedily went to fetch the quince when I realized they gave us the wrong one. 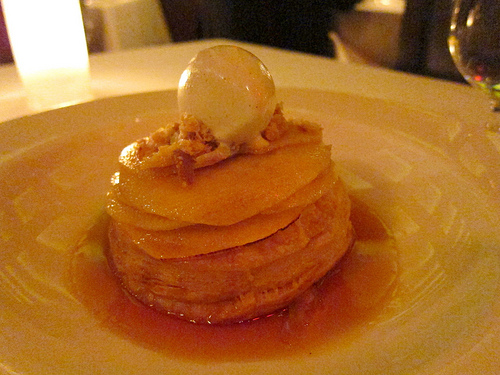 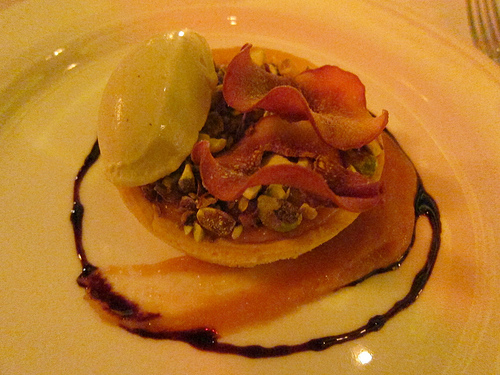 The Citrus and Cream was quite refreshing. The lemon ricotta cream was topped with various cirtus. It was almost a breakfast-like dish.

The apple crostata was fine but the crown jewel of the night had to be the quince crostata. Full of nuts and probably my favorite gelato, pistachio, the dessert was definitely the highlight of my meal. 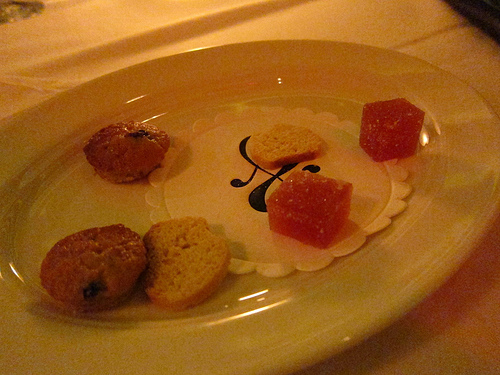 So B&B wasn’t like Babbo for me but keep in mind I have now had many, many, many fine dining experiences since. Most good and most definitely educational. I sometimes wonder what life would have been like without that initial amazing meal. But that’s too horrible to think about. Instead, I like my quest for more amazing drinks and food. B&B was definitely my favorite meal of the weekend.

B&B Ristorante at the Venetian