There’s something inherently gluttonous about Las Vegas. It seems eating at a buffet is a must. The last few trips took me to the buffet at the Wynn but it didn’t seem worth the money and we decided to try the buffet at Bellagio for brunch last weekend. There didn’t seem like much selection but can you really eat all that anyway?

I really appreciated the fresh salad makings and created a spinach salad for myself. Their chicken noodle soup was okay. 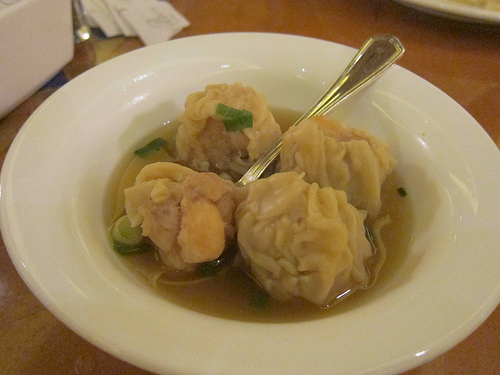 I am actually a sucker for soup so I tried their won ton soup along with the Tuscan bean soup as well. The broth for the won tons were good. The dumplings were a tad mushy. 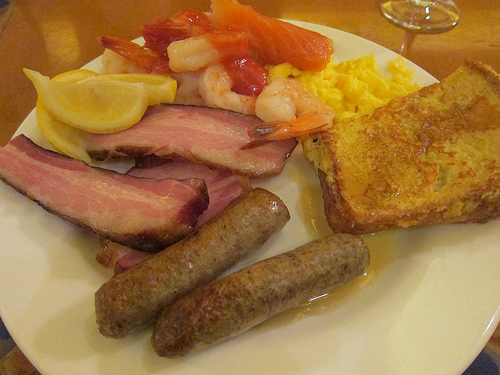 For my first round, I went for breakfast. They’re known for their hand carved maple pork belly (bacon!). Next time, I’d skip the sausages and add more cocktail shrimp.

Perhaps because all of Vegas was still celebrating the Lunar New Year but giant bunnies (it’s the year of the rabbit) and Chinese imagery were everywhere. I decided to try some of their Asian offerings. The chicken birayni was way overcooked (no surprise) as was the baby bok choy. But I didn’t mind the fish despite its heavy sweet soy sesame studded glaze. And I can eat noodles anytime, even if also mushy.

To finish it all off, I had fruit. I don’t really like pastries in the morning but they had plenty of ’em and cakes galore. For $30, this was a pretty decent brunch, helped along by the fact they pour HEAVY on the champagne if you’re going for a bottomless mimosa!