Before heading over to the Experimental Cocktail Club, we had dinner at Empress of Sichuan.I went with a friend who is not really into spicy food so we may have not picked dishes that best showcased this spice stunner. However, we were quite happy (mostly) with what we had. 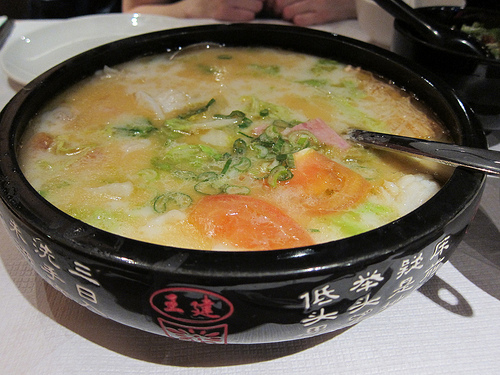 After ordering a couple of glasses of white wine, we decided on the hot pot with mixed meat and seafood, the salted egg crab and Dan Dan noodles. 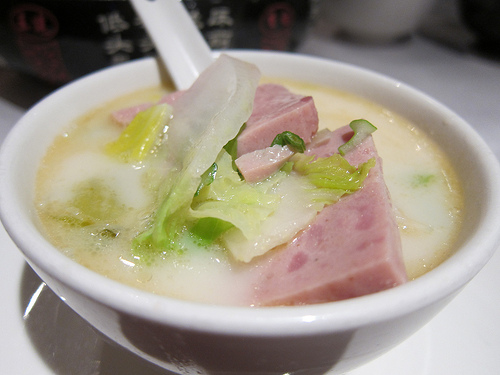 I hadn’t expected Spam to be one of the assorted meats in the hot pot. Oh, it can never be a bad thing but it was surprising. I did like the fresh seafood in the dish. This hot pot also came with enoki mushrooms and clear thin noodles. There was a slight hint of spice that crept up you.

When we asked for the Dan Dan noodles, I was surprised they asked how many bowls. Apparently the portion is very small. We got some extra rice on the side to go with the crab.

I thought the noodles were okay. I probably wouldn’t order these again as it wasn’t spicy enough for me.

I liked the salted egg crab best. Not only was the entire thing rolled in the egg yolk, it was fried especially well. Plus there were two shells which I greedily ate the scrapings of (I’ve never thought about what this was but it’s probably was but you eat it for the same reason you eat sea urchin– it’s good). Take your time with dinner because you’ll end up with a plate full of shells. Empress of Sichuan helpfully provided shell crackers and finger bowls of water with lemon in addition to wet naps to clean up with.

We may have been in Chinatown, in the land of many restaurants proudly displaying Peking ducks but I was quite happy with having something a bit different.

One thought on “UK: Empress of Sichuan”