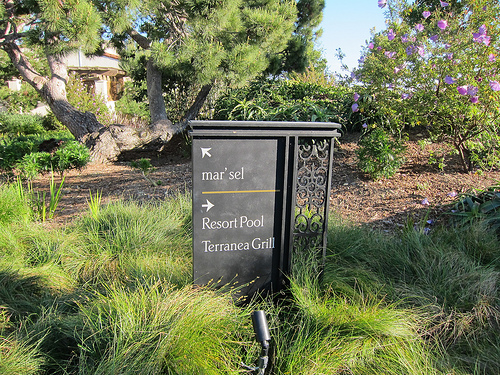 I was invited to check out the new bar bites  menu at mar’sel, one of the restaurants at the Terranea resort. Terranea opened in the summer of 2009 and I had been curious about it ever since. It is built on the old Marineland lands and for those of us who grew up in L.A., it was a very special place. It was a bit like Seaworld. And in fact, it was Seaworld who bought Marineland in the 1980s. There was some controversy surrounding this sale as Seaworld took the marine animals to their San Diego property, leaving the aqua park empty for over 20 years. Eventually it was sold and Terranea was developed. 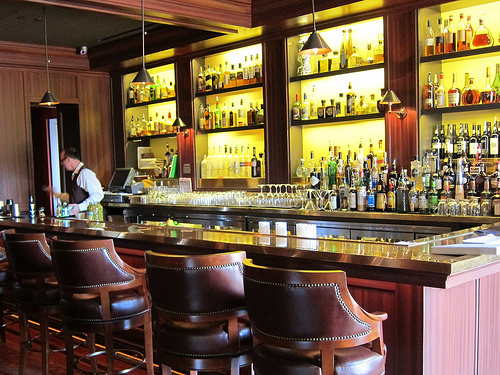 I went with a friend who grew up in the area so she gave me some more backstory on the beautiful grounds. In chatting with our bartender, I learned even more about mar’sel. Although the restaurant enjoys a fair amount of patrons from the luxury resort, they have steady regulars who frequent mar’sel. 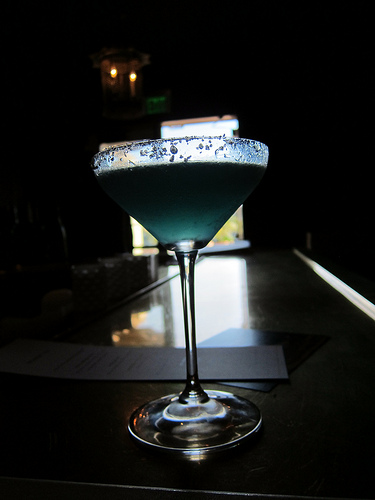 and the world is beyond 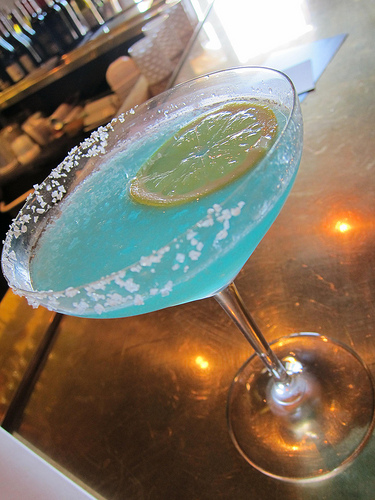 mar’sel comes from the French worlds mar for sea and sel for salt. The mar’sel tini (Belvedere vodka, blue curacao, fresh citrus, Murray River pink salt rim) is a little bit of both. You may think of it as a blue Lemondrop but I rather think back to the blue, blue waters of the old whale tanks at Marineland. I had the Cool Hand Cuke (Hendrick’s gin, St. Germain, fresh cucumber, Fever Tree soda water). 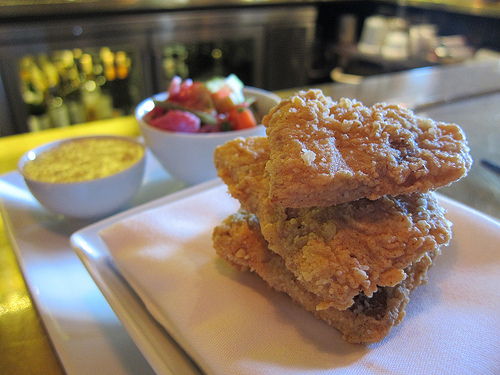 I was very pleased to see the crispy pigs ear as sheets rather than little strips. The crispy exterior didn’t give a clue the ear would be meltingly soft. I loved the housemade pickled veggies this dish came with. 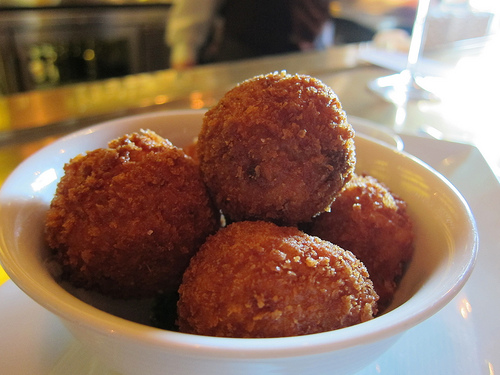 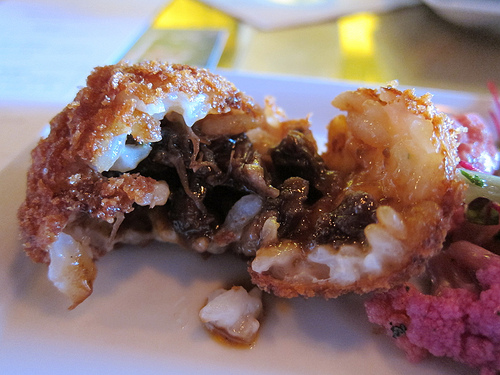 Our bartender recommended getting the braised short ribs arancini. This was a very good call. 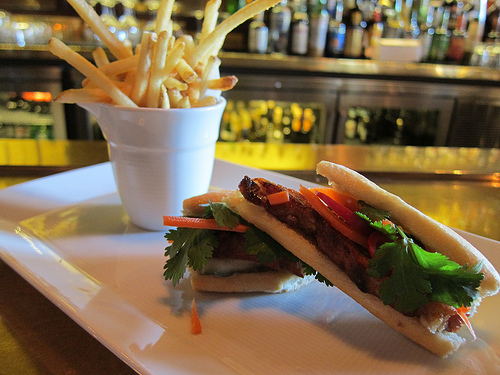 We thought we were done but out came the banh mi. These pretty little sandwiches were decadent with maple-glazed pork belly.

Stay tuned for Part II at Terranea and dinner at mar’sel. In the mean time, check out my Terranea resort photos.

One thought on “Terranea: New Bar Bites at mar’sel”