I get asked all the time what’s my favorite restaurant and it’s hard to answer considering I don’t make it back to some spots as much as I wanted. After a terrific experience at Lukshon a few months ago, I kept wondering when I was going to go back. I finally made it over last Wednesday night. The first time I tried Lukshon, it was super busy and I barely was able to snag a few seats at the bar (I didn’t realize you can make reservations since you can’t for neighboring Father’s Office). However, last week, the vibe was much more mellow. Everyone was on the patio to enjoy the lovely weather.

I slid onto a bar stool and promptly ordered the Fujian Cure, the cocktail I was curious about last time. Made with Isle of Skye 8 Year Scotch, lemon, galangal and lapsang souchong black tea, it was a great way to kick off the evening. 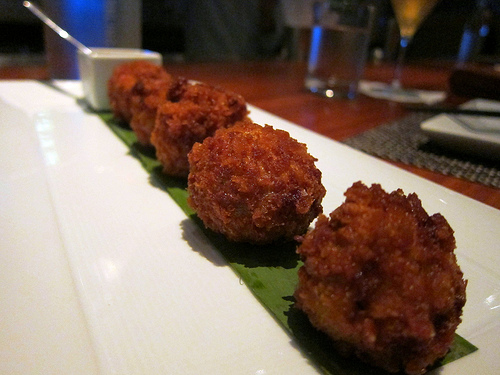 We decided to start with the shrimp toast and the stuffed squid I love so much.

Oh hey, the squid is a bit different! Now there’s fried calamari on top. I heartily approve of this “garnish.” I also liked the shrimp toast. We laughed about how we’d like anything that’s been battered and deep fried. Well, within reason. 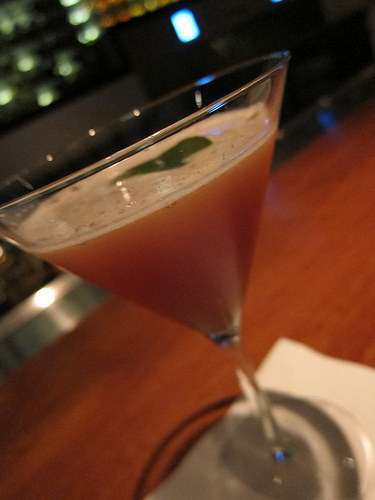 Next I tried the other cocktail that I was eying, the Yokohama Romance. Made with Prunier VSOP cognac, Cherry Heering, kaffir lime, lemongrass and Shaxiong wine, this actually was great for a summer evening with the citrus accents. I have found all the cocktails to be very drinkable and well-balanced. 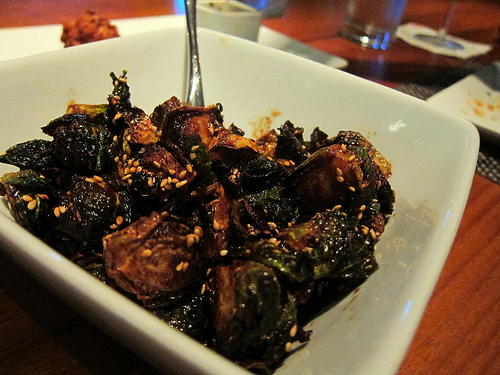 I love Brussels sprouts and found the flavor of these to be unusual enough to be interesting. Usually Brussels sprouts have appeared on menus as roasted with butter or maybe olive oil. These had more of an Asian flavor profile with the sesame seeds and sauce.

I have to confess I had come from another dinner. That’s right, Lukshon was my second stop that night. But it didn’t prevent me from having more noodles. Tongue-numbing, lips-numbing dan dan noodles. These were slightly more astringent than I’m used to definitely an improvement over some recent dan dan disappointments. 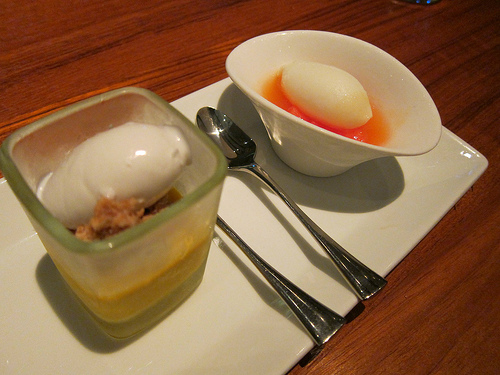