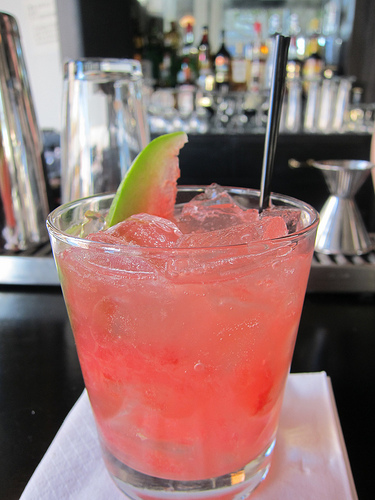 Downtown Los Angeles welcomed a new bar, Pattern Bar, a few weeks ago to the Fashion District. On the corner of 9th and Main, its large windows and airy atmosphere seemed the opposite of the dark bars I generally like. Since it is in the Fashion District, the cocktails are  named after designers like the Dior and Herrera. What’s even more unusual is the Venezuelan menu. I’d like to come back to try the arepas for lunch or the brunch menu on Sundays. After 4 p.m., they serve tapas. Happy hour is from 4 to 6 p.m. and the food is 10% off. Cocktails are $2 off during happy hour.

Vixen and I dropped in for happy hour last week to check out Pattern Bar. We decided to just get cocktails as we were on an impromptu new bars of DTLA crawl. Here’s my post on the Perch  (rumor has it though the cocktails are already changing in the 2 weeks they’ve been open– update to follow) and I’ll be posting Onyx soon. 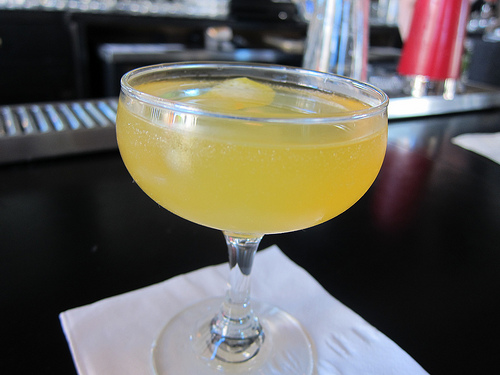 Both cocktails were on the lighter side. They weren’t girly drinks by any means but there isn’t a single whiskey cocktail on the menu. Maybe I am really more of a dark bar with brown bitters stirred drinks sort of girl.

I’ll be back for lunch though! I have the perfect shoes to wear to this place.