Living in the 80s: St. Estephe Menu at Rivera 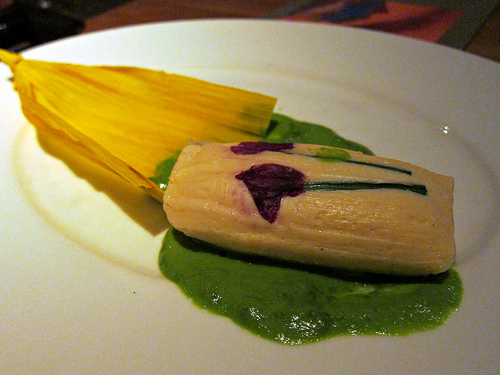 30 years ago, John Sedlar owned a ground-breaking restaurant called St. Estephe. It was one of the first “modern Latin cuisine” restaurants. The menu was in French but the food and ingredients Latin. For the month of September, he brought back some of the old favorites at Rivera, his current modern Latin restaurant. And now there are only a couple of days left to try the St. Estephe menu. 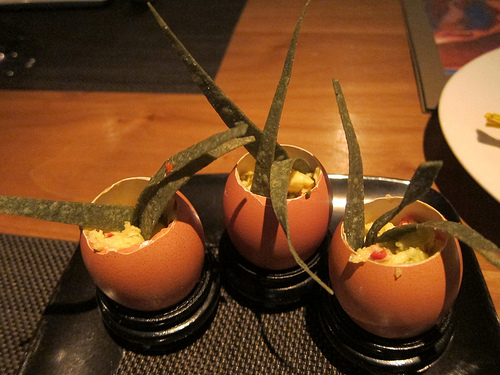 I went last week after hearing so many great things. My part of three ordered a mix of items — both from the St. Estephe menu and from the Samba (main dining room) menu. We had my favorite mussels along with the salmon mousse tamale and the huevos rancheros to start. 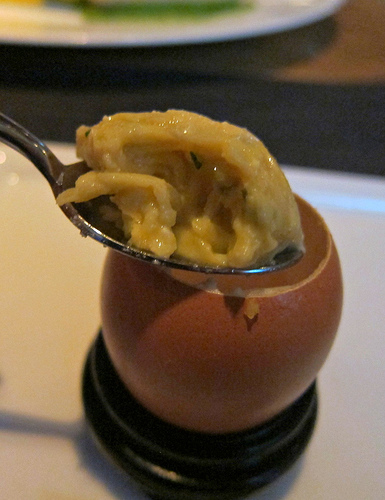 a look at the eggs in the huevos rancheros

My friends liked the mussles as much as I did, asking for spoons and bread to scoop up all the wonderful chile aji amarillo broth. They also liked the huevos rancheros a lot. I thought the eggs were particularly creamy. It’s a great starter. It usually comes with two per order but we got an extra for a few more bucks.

Remember when everyone was on a carb-free diet and you have to ask for things like a burger to be wrapped in lettuce? Well, consider this one of the prototypes of that cuisine. The salmon mousse was all protein wrapped up in a tamale wrapper.  I found the texture much like some bouncy fishcake or shrimpcake from Asian cuisines. I liked it a bit more than my friends who were starting to catch on the portions are on the smaller side at Rivera. 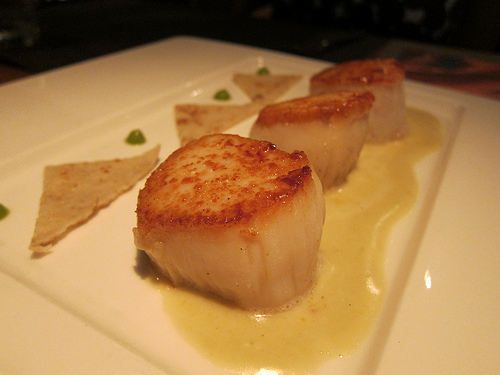 The scallops were nicknamed “nachos” on the menu. I am pretty sure most people would envision a bowl of fried tortilla chips and perhaps chopped up scallops (or maybe even bay scallops would work). We were certainly not expecting three scallops with three tiny pieces of tortilla. Granted, the scallops were large and cooked well. The scene shot us right to the 80s, down to the tiny dots of green. Wasn’t there a movie scene where a couple have to split one tiny pea as their entree? This made me think of it. I’m really glad we got another entree. 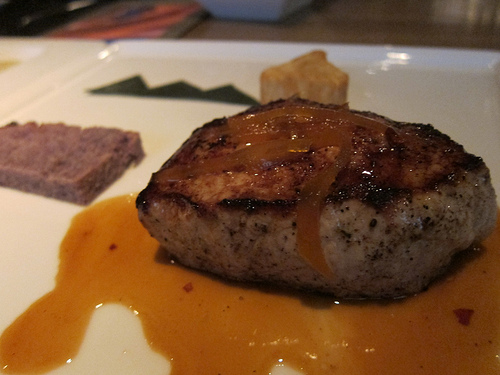 Ha! This pork dish made me laugh. There are the three tortilla wedges again. While the pork was very juicy (and filling), I didn’t like one of the bitter elements in the sauce. Still, it wasn’t unbearable and probably someone who likes bitterness would enjoy this dish. 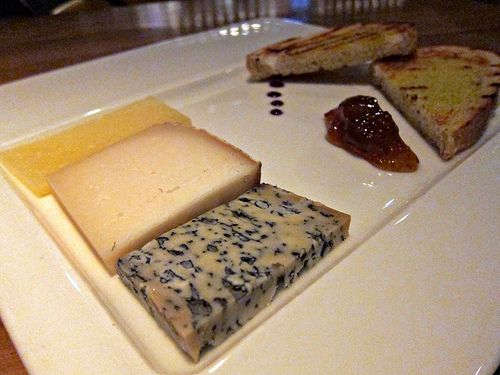 My friends were still hungry and while I could have just gone for another cocktail, they ordered the cheese plate, chocolate cake and bread pudding from the regular dessert menu. 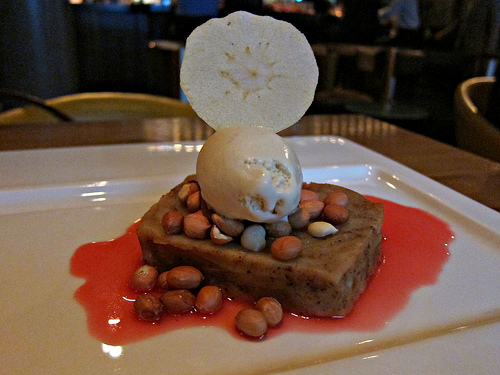 I apparently have never taken a picture of the chocolate cake thinking I have in the past. It’s one of my favorite desserts and I order it often. In fact, it was the second time I had that cake in a week. I didn’t have any of the cheese but judging from the moans emanating from my buddies, they enjoyed the cheese plate. The bread pudding was a winner visually. It was quite the stunner and also a favorite.

What did we learn from the 80s? Don’t do drugs, do food instead.

One thought on “Living in the 80s: St. Estephe Menu at Rivera”