The 1933 Group which owns Thirsty Crow, Little Cave and all the locations of Bigfoot Lodge recently turned Saints & Sinners into Oldfield’s Liquor Room in Culver City. When I walked up to it, I was bemused by the major renovation. The previous decor was dirty rockabilly and now it has transformed to a themed bar named after Barry Oldfield, a race car driver in the 30s. I admired the lighting fixtures and white tiles. I wouldn’t have been surprised if they call this bar a “speakeasy.” However, the bar is in plain sight and plenty of locals know about this bar. 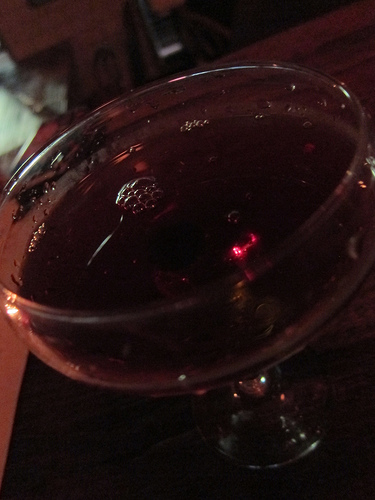 We got  a table though I would have liked to have sat at the beautiful bar. After looking at the menu, I decided to share a couple of drinks; The Oakshade (Bulleit rye, Toschi walnut liqueur, Carpano Antica) and the Blond Comet (Elijah Craig 12 bourbon, Creme de Peche, grapefruit, Angostura bitters). I liked the Oakshade. It reminded me a little of the Walnut Manhattan at Harvard & Stone. 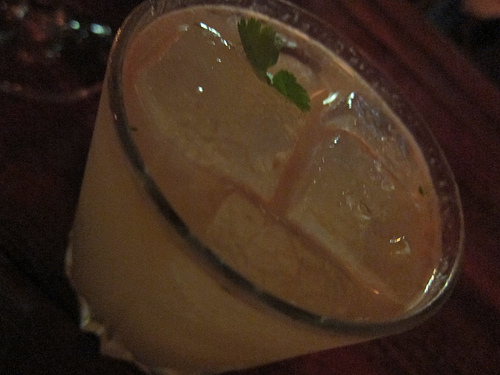 A friend who loves tequila opted for the Cactus Derby (Del Maguey Vida Mezcal, Chartreuse, lemon, egg white, fresh strawberry). Later someone else ordered the same and the drink came up in a coupe. Very confusing.

For our next round, we just made things easier for the server and got the top four.

I liked the Dauntless and the Blitzen Benz.

After tasting 8 cocktails, I found them all slightly too warm. We were later joined by a friend and her drinks took a while as the place was now slammed. I suspect some of the drinks may have been sitting out. We could have had another round to try the final four cocktails on the list but there are always other nights. And I will make sure I come back on a less busy night so I can check out that stylish bar.