I met friends at Tres by Jose Andres last week for dineLA dinner. I had wanted to try Bazaar by decided to save that for a later time to get the full experience. We did stop by for cocktails after dinner so a sneak peak post of sorts is coming. 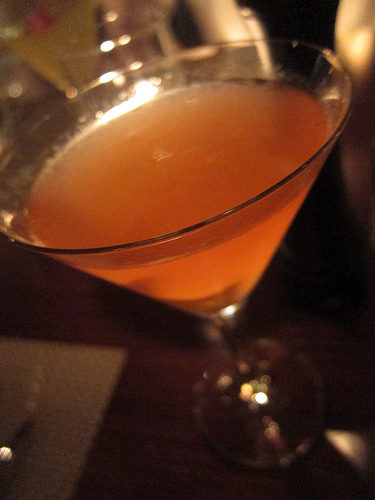 We started with a couple of cocktails. After I told my friend vodka was dead a few weeks ago, she has resolved to start drinking more gin. She requested a spicy gin cocktail which they made with St. Germain. It was nice but I’ve been over Elderflower (and cucumber, bacon-infused) cocktails lately. I ordered the Jasmine (gin, Cointreau, Campari, lemon) which to my dismay was rather disgusting. I expected the Campari to take control of the cocktail but instead it was sickly sweet. It was out of balance with too much triple sec (Cointreau).  I should have abandoned the cocktail but I hate to waste booze.

We let our friendly server talk us into the ceviche, a Hawaiian bigeye tuna that came with plaintain chips. It was a bit difficult to eat but worth it for the fresh fish.

soup of green lentils and chorizo

We were impressed by the starters. My friend begged for the first four ingredients of her lentil soup with chorizo. It was pretty amazing but I liked my buttifara con setas more. The sausage was a heavy starter with plenty of mushrooms and creamy sauce. I could eat this with just the wonderful house bread and the best butter I’ve had in a while.

Staples of a dineLA menu seem to be salmon, Jidori chicken and steak. Tres was no except. My friend liked her seared wild salmon though. She proclaimed it just the thing she wanted.

I went with the slow roasted beef tenderloin with oxtail jus and heirloom potatoes. Meat and taters, that’s what I needed. I found the plate to be extremely hot but the actual beef itself was barely above lukewarm. I would have liked the steak to be hotter. Still, it was expertly cooked and the thick jus was almost a gravy. 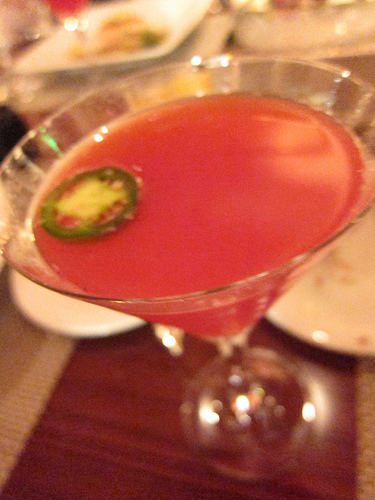 The Jale Berry (pronounced like Halle Berry’s name) is from the Bazaar menu but they happily made it at Tres. I had a Manhattan since my disastrous run in with the Jasmine cocktail. I very emphatically told them to stir it and stir they did. The Whistle Pig was quite perfect though what’s up with the neon red cherry? For $16, I expect a nice Luxardo or something similar. Ah well, at least it was cold and boozy. /endboozenerdrant

For dessert, we had the coconut tapioca and the dark chocolate cake. I was so full I just had a few bites. Friends raved about their coconut tapioca but I was very well satisfied with the cake. I loved the monkeys holding the giant goblets imprinted on the chocolate candy.

We left feeling very pleased with our experience. Tres is open for breakfast, lunch and dinner. It’s more quiet than Bazaar and service was great. I wouldn’t mind coming back as I loved the decor. 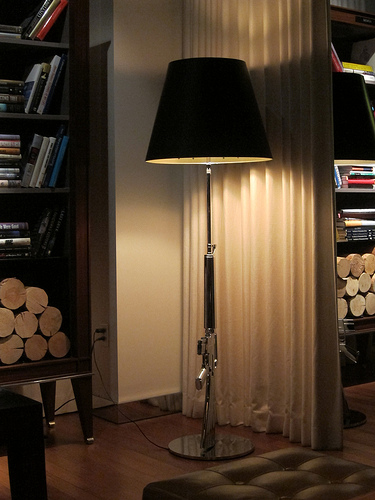 7 thoughts on “dineLA dinner at Tres by Jose Andres”