Recently I decided I needed to find some new lunch spots in Little Tokyo. After seeing the lines everywhere, we ended up at the quiet Kagura. It’s in the Japanese Village Plaza near the Shabu Shabu House.

They have lunch specials that seemed fairly reasonable. I picked three items for around $11. 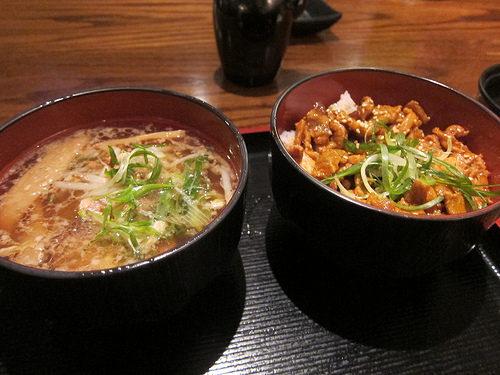 It ended up being too much food but I still liked my little mini bowls of ramen and spicy pork rice.

The broth of the pork ramen wasn’t particularly innovative or exciting but it was good and there was plenty of pork to go with the perfectly chewy noodles. 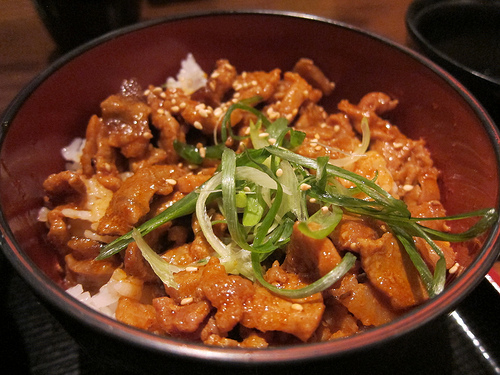 I also liked the pork bowl though it wasn’t as spicy as its name suggested. You can also get two items and that may have been enough as the set menus also come with miso soup and salad. 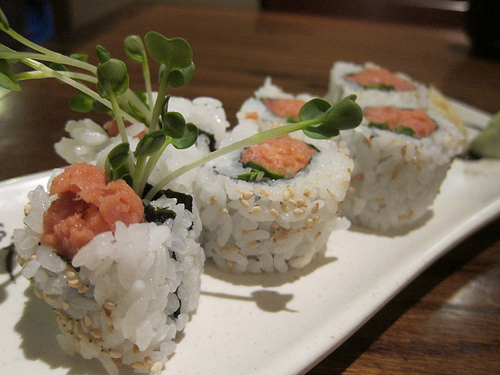 The third item for my lunch set was the spicy tuna roll. Again it wasn’t very spicy. I probably would have been better off getting some vegetables like my dining partner. She also chose the spicy pork bowl along with some egg rolls.

I really do like these homey Japanese food joints. This one is a bit more sleek as it’s somewhat new than the tiny spots on First Street. While those restaurants seem to have a bit of a “lost in time” flavor, these off Second Street seem trendier and jazzier.