DTLA: Hanging Out at Stocking Frame 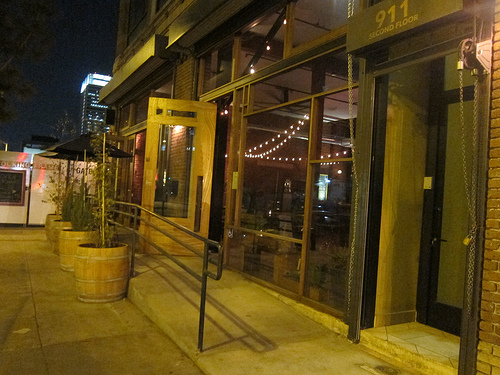 It’s always exciting when I find a new viable lunch spot. I checked out Stocking Frame which opened less than 6 months ago in Downtown Los Angeles. It’s been serving dinner and cocktails but just started lunch service a couple of weeks back.

Stocking Frame is located at 9th and Hill. You might not notice it at first because of the huge construction going on next door but you’ll know you’re there when you see Shekarchi across the street. 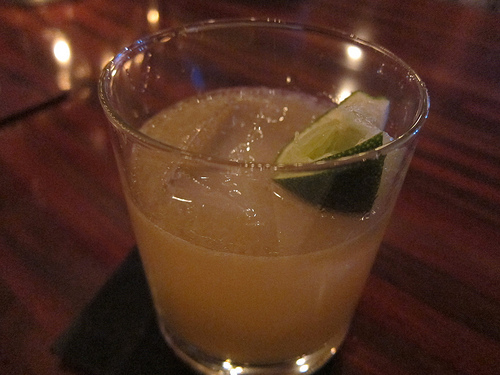 Stocking Frame has a large dining room that seems split into 4 distinct personalities. Yet, it’s not disjointed and has a nice flow to the room. I liked the long curvy bar and the personality of all the tables and chairs. They did a great job with the decor when putting this together.

Cocktails are not named but are listed by type. My friend started off with the tequila cocktail which was very refreshing. I had a rye cocktail that I didn’t really care for but decided I liked the bartender too much to really worry about it. 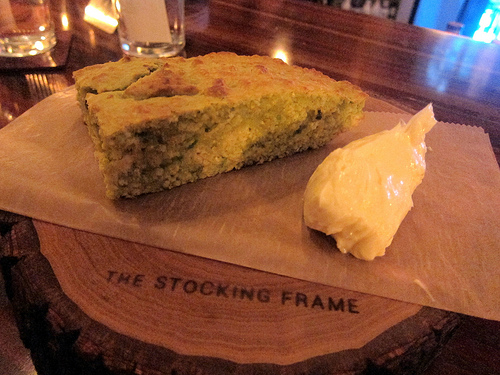 We knew immediately we had to get the avocado cornbread– two of my favorite things together? It turned out the bread was more subtle but I still liked it and would get this again particularly since the butter which tasted like real butter was nicely warm. 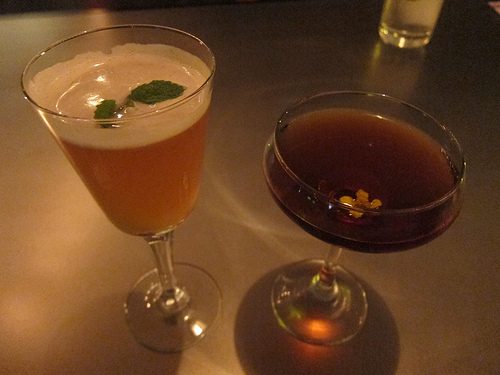 As mentioned, I didn’t care for the rye drink at first but when I tasted it again (a different friend ordered it), it was much better. It was less salty and this one came with a pretty garnish.

I also tried the bourbon drink which was really nice but didn’t seem like the ingredients described. It was more of a sour drink with the fizzy top. Still, it was a good drink.

We loved the figs, duck proscuitto and manchego cheese appetizer. Everything was perfect together. 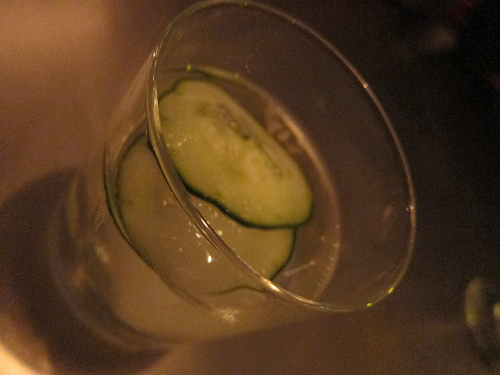 I probably would have never ordered a drink with “bartender’s ketchup,” St. Germain but there’s a reason why it’s so popular, it’s good. And the gin drink is much more subtle than I thought. Actually, I didn’t sit at the bar this time but will seek out this bartender because I liked all the drinks he made. 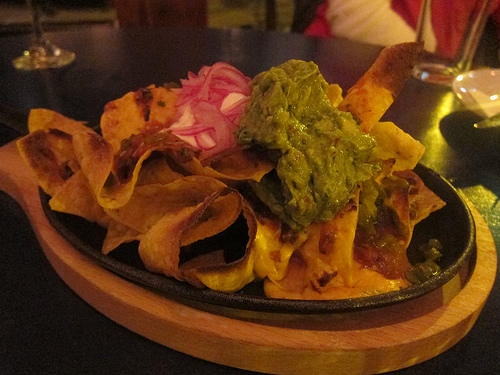 Some share-able things include the nachos. You might need to get more chips because Stocking Frame is very generous with the cheese and guacamole. The salsa was impeccably fresh.

I described the pork belly and octopus tacos as “surf and turf” and that’s exactly the idea behind them. Great flavors and very modern.

I’m looking forward to trying Stocking Frame again for lunch. I may have a new favorite place!

One thought on “DTLA: Hanging Out at Stocking Frame”