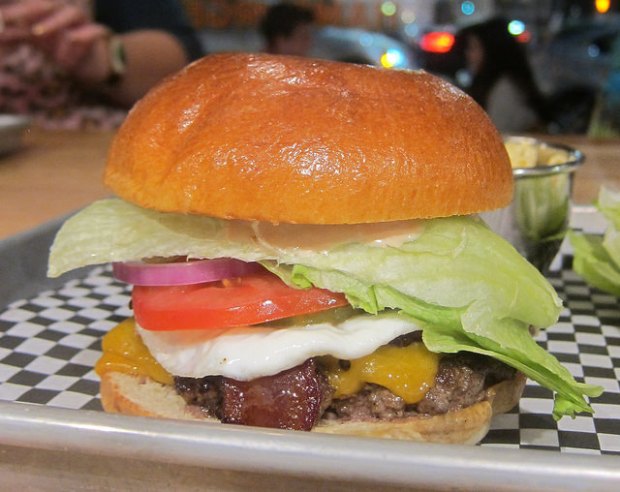 Cassell’s Hamburgers re-opened under new owners and management at Hotel Normandie recently. The classic burger stand has retained its original crossfire broiler, grinder, patty press and recipes and philosophy of founder Al Cassell. Chef Christian Page (formerly of Short Order) is the executive chef. His new wife Elia Aboumrad of Gorge does all the outstanding pies.

I went with a friend and split a couple of things. I decided to get the grilled ham and cheese which was packed with meat. I added just a bit of lettuce and tomato, preferring to eat the pickles as chips. You also get to pick a couple of sides. We went with potato salad and cole slaw. The potato salad resembled mashed potatoes more. We were advised to dress it up with dressing but I rather liked it plain.

Your other choices for sides includes house-made chips, salad or macaroni salad.

ah, look at that burger!

The beautiful picture of the burger above was taken by the Cassell’s manager (on my camera). He had the perfect angle of it from the other side of the counter. But some might think (okay, only me) the “action” shot looks just as good. With the burger, we liberally piled on the fixings and also ordered it with bacon.

We got this with the macaroni salad which I liked quite a bit. But don’t ask for fries. Cassell’s in keeping with tradition of the founder doesn’t serve them.

But wait! If you do want mixed drinks, Cassell’s offers highballs made with a good selection of booze and their house-made sodas. Try whiskey and their ginger for a classic pairing. 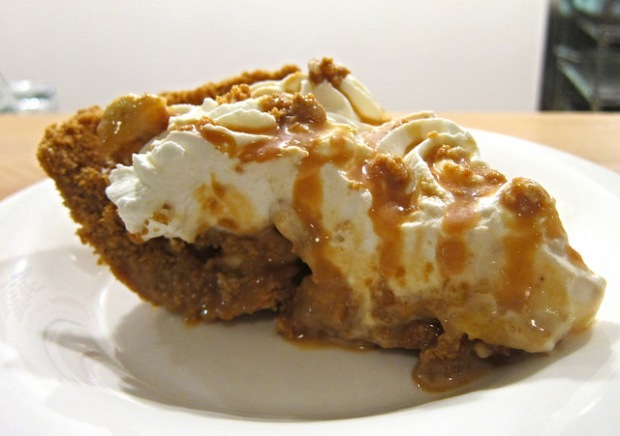 As mentioned, the pies are from Gorge’s chef, Elia. We couldn’t resist the banana pie with dulce de leche. I went beyond my usual 3 bites of dessert and we polished off that baby. Cassell’s also carries McConnell’s ice cream if you want to add it a la mode. Or maybe just get an old fashioned ice cream float for dessert. And there’s nothing wrong with just a scoop of it either.

3 thoughts on “Koreatown: Burgers at Cassell’s”