Preux and Proper opened late December in Downtown Los Angeles. Taking over the old Parish space, Preux and Proper has transformed it into a New Orleans paradise. The two-story restaurant has Preux downstairs with a frozen daiquiri bar and the upstairs Proper has sit-down seating as well as a large bar.

Downtown needed a fun place to unwind and nothing says that more than the glowing daiquiri machines, bewitching you with their pretty colored slushies.

Preux and Proper had some of the prettiest oysters I’ve ever seen. They were PRISTINE. No little bits of shells anywhere. And those shells were practically pulsing with vitality! These were a great way to start our meal. 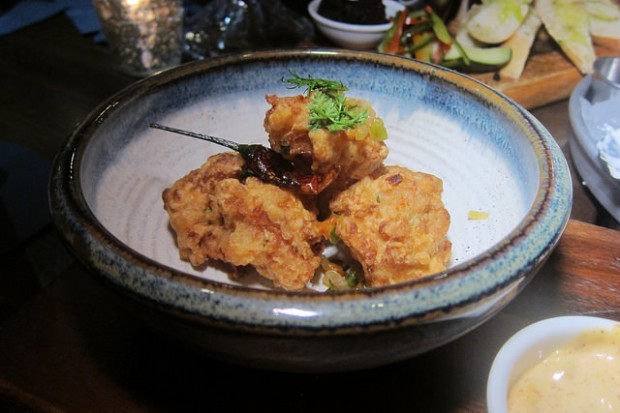 The shrimp beignets are also a must. While I loved all my fatty meals in New Orleans, I appreciate the healthier aspect of Preux and Proper’s small bites.

Some of the drinks on the cocktail list can be made into punches. We tried the Lemon Smash, a great mezcal punch. It still had hints of smokey goodness but didn’t interfere with the flavors of the food.

One of my favorite noshes from NOLA is a muffaletta. I was so excited to try the muffaletta board but I have to admit I found it a bit odd. The fig jam seemed like a very modern touch. Putting together your own muffaletta might be better left to professionals.

The drinks menu at Preux & Proper features some NOLA classics like a Sazarac as well as other classic drinks. For a food friendly drink, try the Pimm’s. 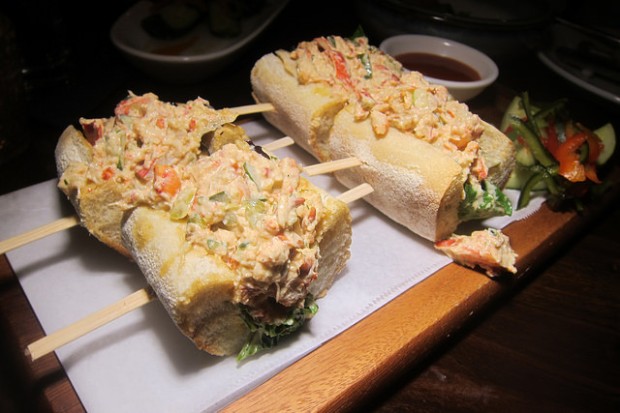 If it’s New Orleans-style, there has to be po’ boys, right? You bet! I tried the lobster and fried oyster. I’m going to have to go with fried is best on this one. While the lobster one reminded me suspiciously of the East coast, I thought the oyster was more proper (har har!). 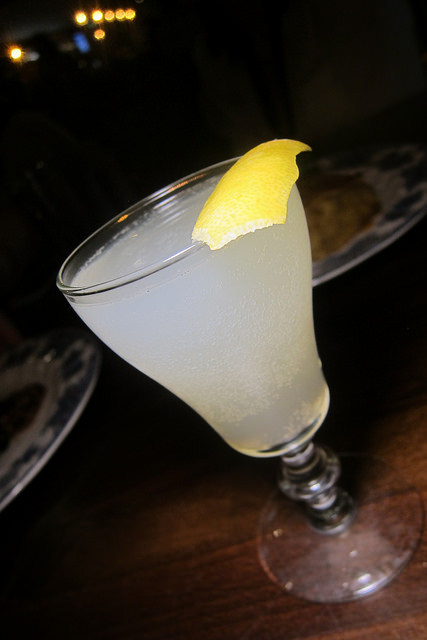 The good thing about sparkling drinks are they’re always appropriate any time in the meal. Try the French 75 before the meal or during… or even the end! 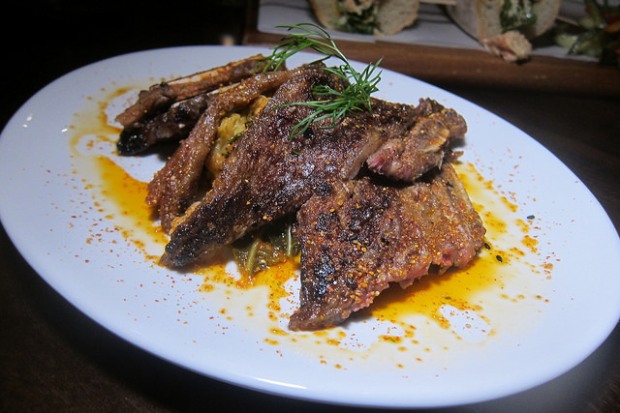 The grilled beef short ribs has a slight Asian tang to it with the “Cajun kimchi.” The ribs are even sliced in that very familiar Korean short ribs way (LA-style).

The trifecta of andouille sausage, crab, shrimp come together in the steam pot. It can be your whole meal with potatoes, corn and bread. But if you’re into sharing, it’s a good sized plate to go around a table of 4-6.

Whiskey fans rejoice, there’s a thirst-quenching drink here for you. Get the Blackberry Honey Sour for our warm nights. There’s a nice patio at Preux and Proper and I imagine these are going to be popular (after a frozen daiquiri, of course). 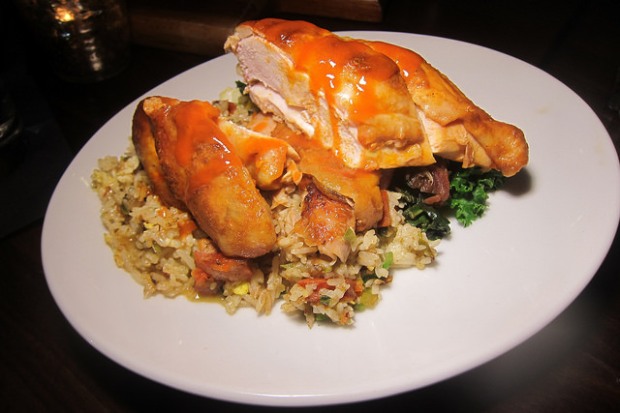 Sometimes there’s nothing better than a simple roast chicken. I really liked the gumbo fried rice that was served with it.

I’m looking forward to live music nights at Preux and Proper with a Vieux Carre in hand.

For those who want to eat popcorn for dinner, I got a thing just for you. The salted caramel popcorn seems kind of funny at first on the dessert menu but it brought a lot of smiles to the table. 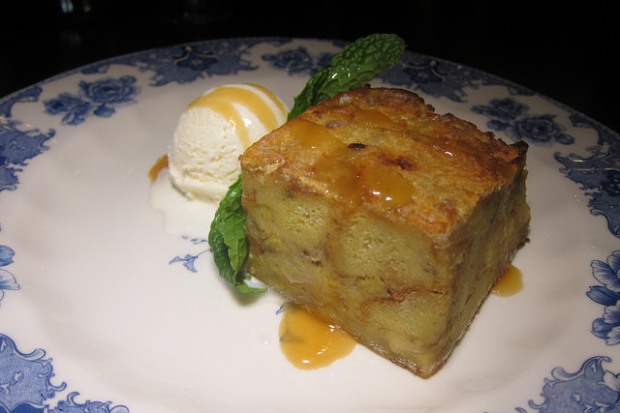 We also tried all three baked desserts. I liked the dense banana bread pudding but my heart goes to… 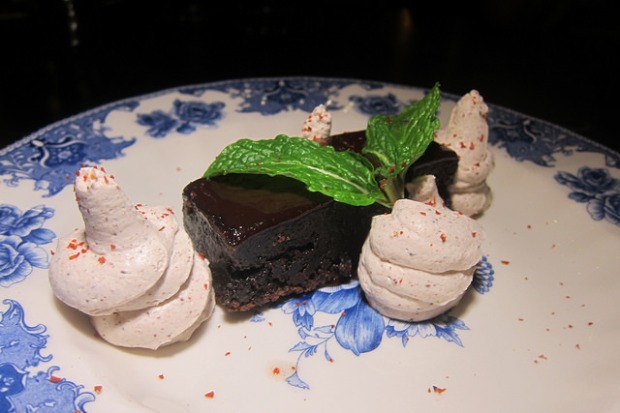 I thought flourless chocolate cake went out in the 90s but how can it ever when it’s this good?

Okay, chocolate cake. Make friends with the pecan pie because I like both of you very much. Who knew I had such a sweet tooth after all?

← Koreatown: All the Drinks at the Normandie Club
Best Fest: Brian Fest Coming to The Fonda on March 30 →

3 thoughts on “DTLA: Getting New Orleans Style at Preux & Proper”