Glendale: All the Spicy Food at Lao Sze Chuan 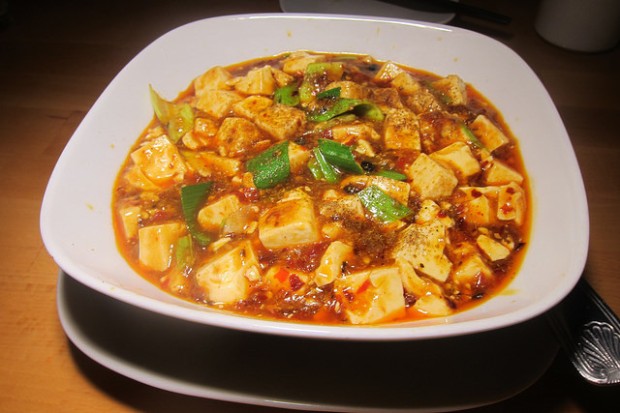 I walked by Lao Sze Chuan a few months ago when it opened and wondered about it but didn’t investigate as I was already full from dinner. However when I found out it was Sichuan food, I had to go over immediately to check it out. Sichuan (or for you old school spellers, Szechaun) food is all the rage these days in terms of Chinese food. And with the colder nights, it seemed like a good idea.

Lao Sze Chuan is a mini-chain from Chicago making its first Los Angeles area debut. With Din Tai Fung at the Americana just across the way, it almost seems like they were hoping to capitalize on their overflow. However, the styles of food are very different. Din Tai Fung is Shanghainese by way of Taiwan while Lao Sze Chuan is ostensibly Sichuan. A glance at their menu though tells me they’re trying to hit all the Chinese regions and you’ll find some favorites from Cantonese  and American Chinese spots as well.

I have a terrible habit of ordering a few standard dishes at new (to me) restaurants to compare them to my favorite versions. We started with mapo tofu which I found comparable to versions I’ve had in the SGV, home of the all the good Chinese food in LA. After a while, you need to order plain white rice to handle the heat. It’s a $1 a person but you can have unlimited rice.

I wanted a water-boiled fish of some sort but thought trying the green peppercorn seafood was a good bet since it was listed under its specialties. It was very spicy but didn’t have the mouth-numbing ma la Sichuan pepper corn effect I love so much. The fish, shrimp and squid were all supple and lovely. 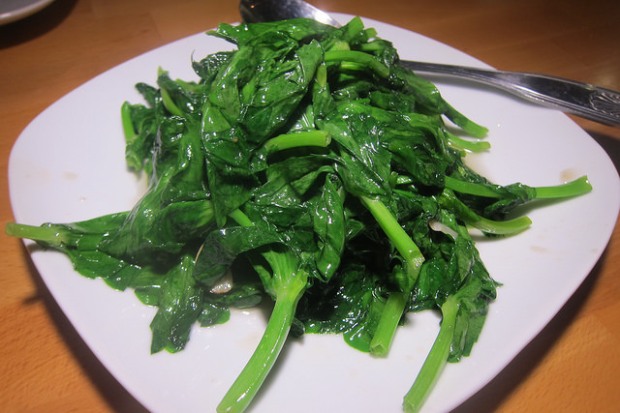 I love, love, love pea tendrils and found the oddly but endearingly named pea pod leaves delicious. These were the right amount of crunchy-tender.

My friend wanted fried rice. Lao Sze Chuan has a lot of different options and we went with the yang chow which had good Chinese ham and those ubiquitous peas and carrots that I intensely hate (such the American Chinese filler veggies). Still, it was done very well.  This version came with plump shrimp. 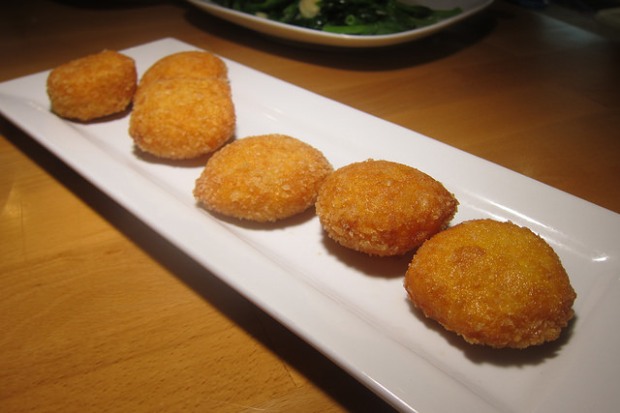 Lao Sze Chuan sent out complimentary spicy cabbage in the beginning which I liked a lot but it was the sweet potato mochi that stole our hearts. These weren’t greasy at all and before we knew it, all 6 were gone.

I’d come back for all the special Sichuan dishes but wish they get rid of the generic Americanized Chinese dishes. Or at least create a separate Sichuan list.