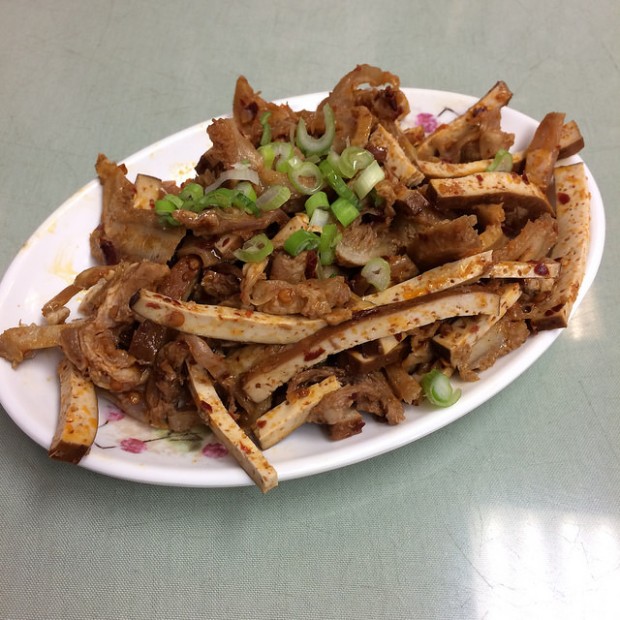 One day I found myself at a strip mall in the San Gabriel Valley for lunch. Almost all the eateries featured noodles; Chinese noodles of every stripe and this newfangled stuff called ramen.

I mused where I should go and decided on (New) Noodle King.

It was later in the afternoon so there wasn’t a wait (big plus) and I decided to splurge and get a couple of appetizers. I love tripe (and tofu) so I got the spicy tripe and pressed tofu appetizer. It’s actually a huge portion and I took most of it home. 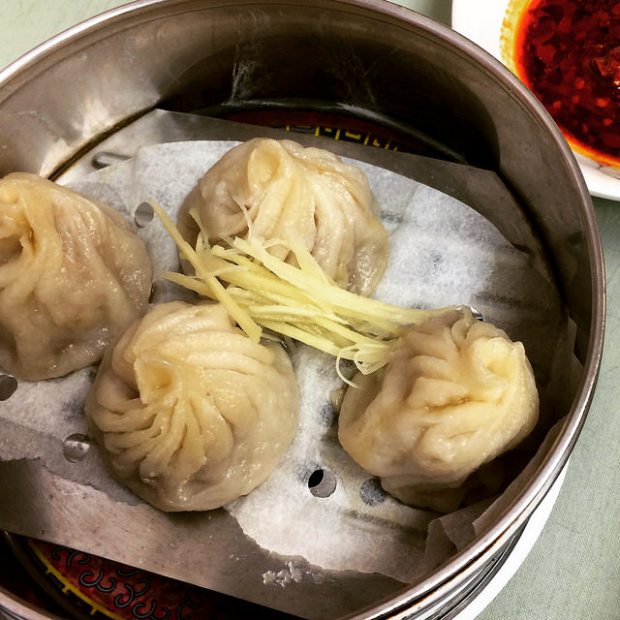 I really wanted some dumplings as well and lucked out they have mini portions. I got a reasonably priced steamer of four soup dumplings (xiao long bao). Were they the finest I ever had? No but they were good and I enjoyed them. 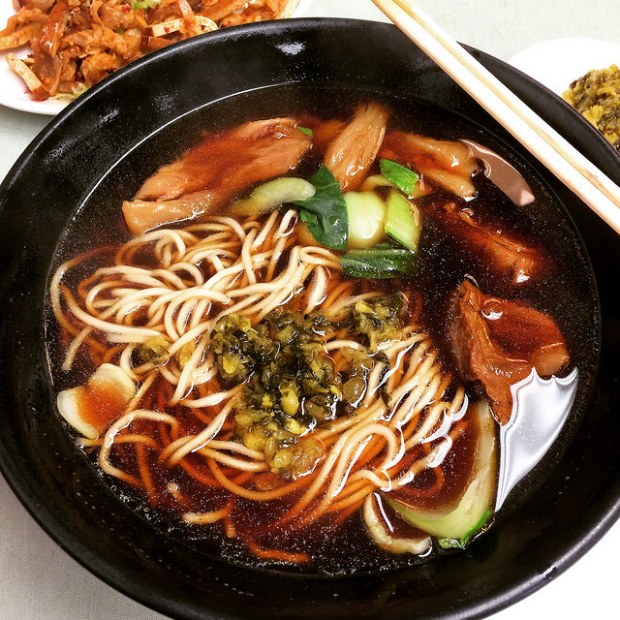 The true test though was the beef noodle soup and this is why I would return. The tendon was very tender as was the beef. The bok choy was quite perky. And the broth was fragrant. I could have used slightly chewier noodles but I tend to like my noodles al dente. And that’s hard to do with Chinese noodles in steaming hot broths.

Now the question is- do I go back to try more of the menu or go test out the ramen a couple doors down?

← DTLA: Late Night Sushi at Izakaya Gazen
Koreatown: Getting Our Grill On at Gwang Yang KBBQ →

One thought on “SGV: Solo Lunch at Noodle King”