I love seafood and I have a friend who enjoys it just as much as I do. Actually, I have several friends who don’t mind getting our hands dirty diving into piles of seafood. One of my favorite things is cracking open crab legs. It’s been a hot second since I had a Chinese crab dinner in the San Gabriel Valley. I found Seafood Palace purely by chance. They were more recently known as Seafood Village but closed for a few months after a fire. They reopened and the whole place has been remodeled. The result is a bright and clean restaurant with giant photos of all the best sellers.

Seafood Palace had several styles for their seafood dishes. The crab could be had “Boston” style which I kind of find hilarious as it’s a specialty made famous by another nearby restaurant which has spawned competitors here and there.

However, I decided to get the local house special style. The crab came with a slight crust which was redolent of the garlic it was wok-fried in. The meat was definitely very sweet but a little bit mushy for my taste. 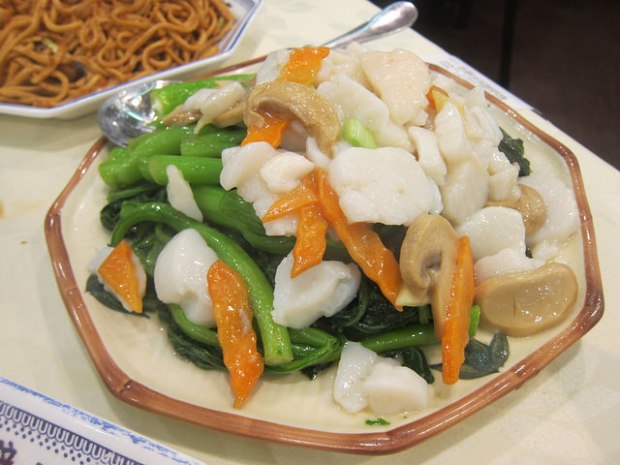 I was debating clams, scallops or squid. My friend suggested clams or scallops. I decided I wanted the veggies that went with the scallops. I was a little disappointed the scallops were in chunks and it was a bit too salty. This dish could have benefited being friends with plain rice but I knew we had noodles coming. 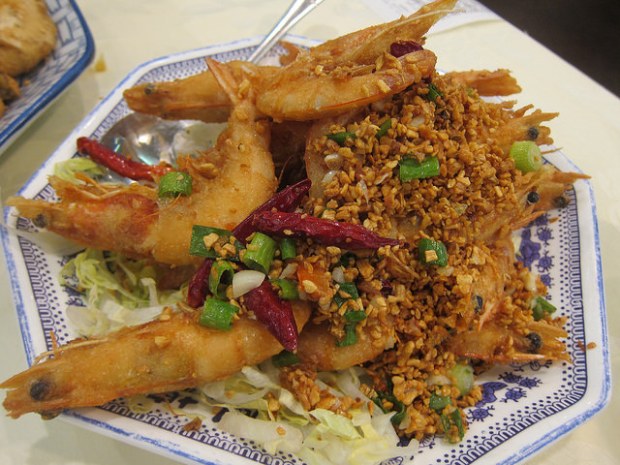 I wanted the shrimp and asparagus originally but the restaurant was out of asparagus. Our server suggested the house special shrimp which I now discovered means the fried crushed up garlic bits and plenty of chile peppers. These were good but a bit of work and I’m glad they were constantly taking away our piles of crab and shrimp shells. We must have went through several clean plates each! 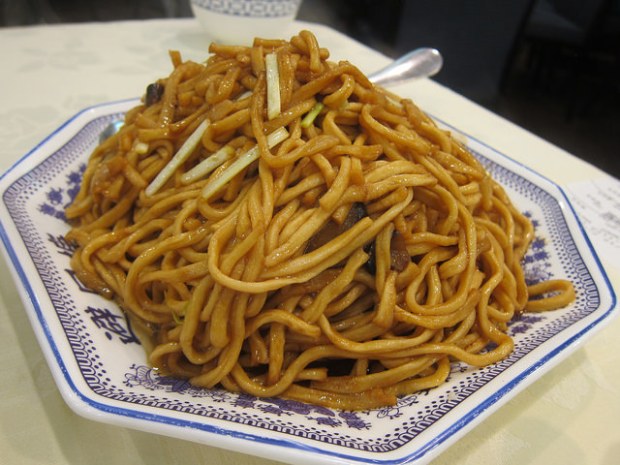 We saw lots of tables getting noodles with delicious toppings but I opted for a plain noodle to go with our protein rich entrees. These noodles were slightly oily but that’s what made them so good. 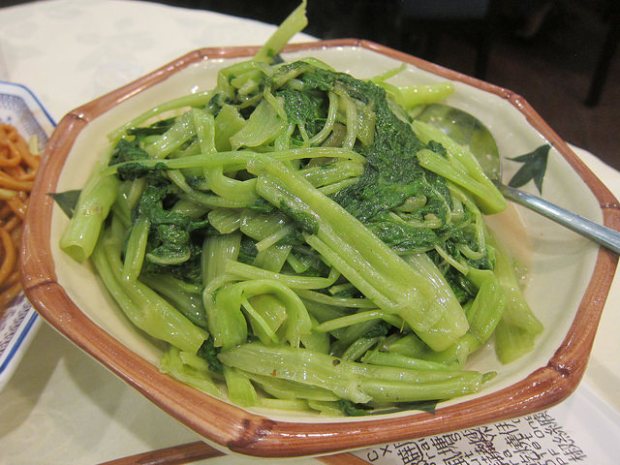 The ong choy (aka kang kong, morning glory or the very specific hollow stem vegetable) seems to be little bit more mature. I haven’t seen such thick stems in a while. Fortunately, the greens were very tender. My Salvadoran friend described the taste as similar to lorroco. I have had plenty of pupusas in my life but I didn’t think that.. then again, I do like lorroco and ong choy so maybe that’s why I enjoy both!

While I did like our meal, and most likely I’ll come back, I will be hunting down more crab restaurants soon in the SGV.