I’m probably one of the few people who didn’t go to Bucato, chef Evan Funke’s last restaurant. But if that was his ode to pasta, then Felix is his love song. I went with a good friend one Friday evening earlier this summer. We got a late reservation because that was the only one available. Luckily we showed up early and after a bit of a wait, were able to get in about an hour before our actual reservation. Patience is key. And lots of beer down the street.

In any case, I loved the lively and busy room. The two of us decided on three pastas, an appetizer and a vegetable. Oh, and plenty of rose wine and cocktails!

For my first drink, I tried the Haitian Divorce. It was my kind of drink- brown, bitter and stirred. 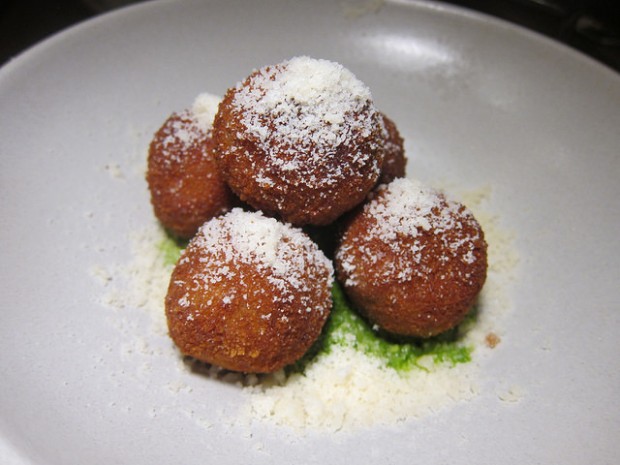 I can’t help but order meatballs wherever I go. I was into the slightly crispy “skin” on these balls. It gave the meatballs such a different and interesting texture. My friend wasn’t into it as much. She felt they were not traditional (as an European) but this was an innovation I could get down with– don’t Americans like fried stuff? I could see this in a sandwich as a modern day po boy or something “fusion-y.” 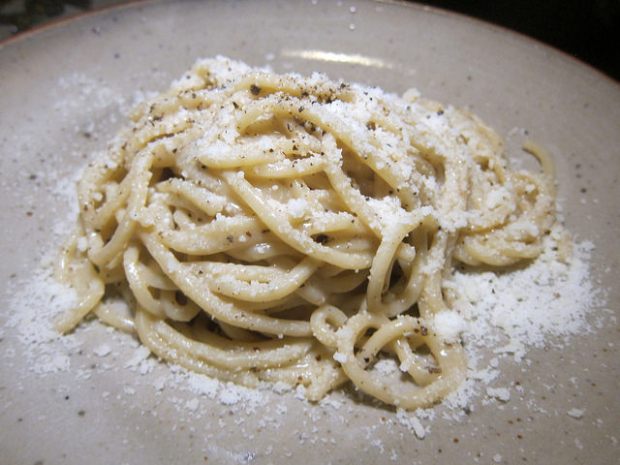 The signature pasta at Felix is the cacio e pepe. I feel like this is the must order of the house. It was very peppery which my friend didn’t enjoy too much but I rather liked it. However, I did think it was too al dente. I watched a video later of the chef saying it was supposed to be this al dente and that’s how it’s served in Italy. Well, my American palate didn’t like “crunchy” al dente. 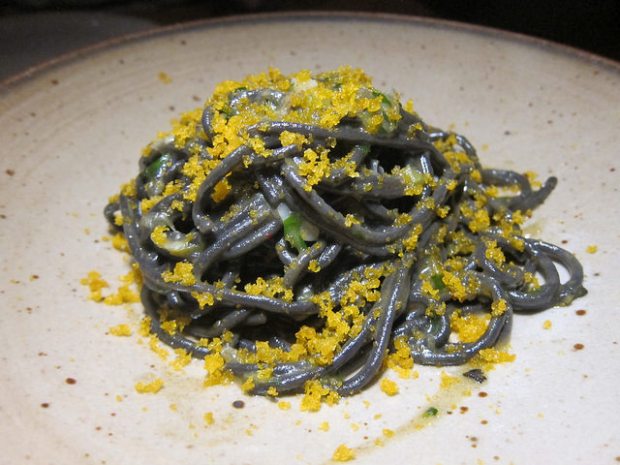 We were going to get a different pasta but then the spaghetti al nero di seppia whizzed by. We asked our server and she agreed we should get this one. It’s definitely one of the prettiest pastas I’ve seen. It’s so dramatically dark with bright bottarga di muggino sprinkled on top. Bits of green garlic and pepperoncino keeps it from being too rich.

The bigoli was my favorite pasta of the night. I originally wanted the pappardelle with Bolognese ragu but I got talked into this pasta with duck. Great sauce and chew.

I always try to have a balanced meal which means veggies. The fennel dusted with cheese qualified as such. I actually could have used some bitter greens after our carbo overload but admittedly the fennel was very nice as well.

We didn’t get dessert so I treated my next drink as such. I wanted something light and refreshing and the Too Soon? fit the bill. I asked our server which amaro was in it (it’s not listed on the menu) and she said Braulio. Well, it definitely sealed the deal as Braulio is one of my favorite amari.

LA is just a pasta town and I’m so very glad we have so many choices in every corner of the city. If you’re down by Venice, you can’t miss out on Felix.