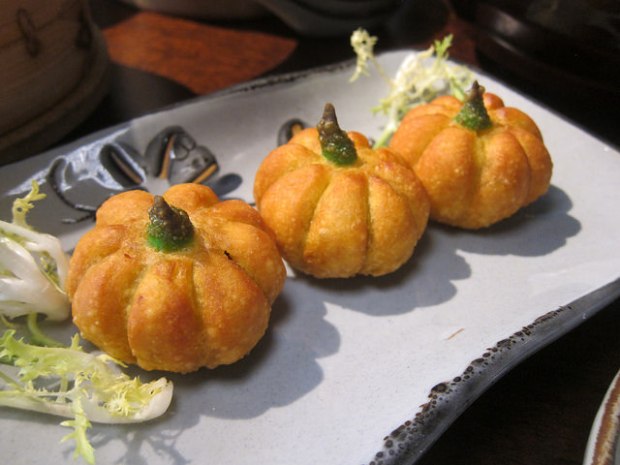 One morning, we woke up craving dim sum. We didn’t have time to go back to Chinatown so we headed to Imperial Lamian near our hotel in downtown.

From the photos, Imperial Lamian seems to have a number of cutesy buns. I’m not usually a bun fan but we did get the pumpkin puffs. They were stuffed with roast duck and butternut squash. The two of us each had one and we took the third back to our hotel. After ditching leftovers for days, my OCD kicked in and I couldn’t leave any food behind to be wasted. 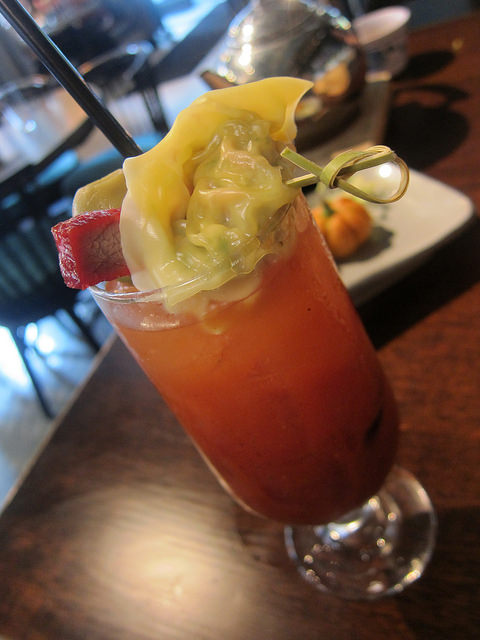 Experience has taught me ordering a Bloody Mary at a high end Chinese spot usually gets you some cool garnish. I was right when this landed with a dumpling and a piece of Chinese BBQ pork. The bartender wasn’t on duty and our server thought they were out of bloody mix. However, when a girl wants a bloody…

This was the perfect thing to go with our dim sum lunch! 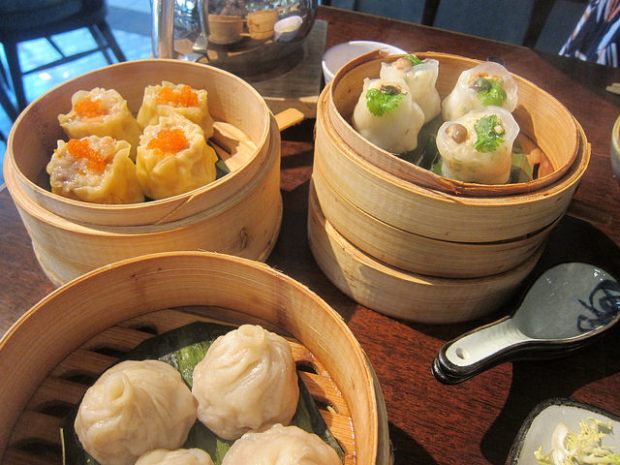 Siew (siu) mai, har gow (crystal shrimp) and Shang Hai soup dumplings hit the table. We were sitting right by the open kitchen and I could see the chef teaching a cook how to make dumplings. As we watched her try to roll them over and over again, I realized how much the head chef cared about the dumplings. And after eating them, I’m glad we came to Imperial Lamian. Sometimes you can’t be too sure of the quality at fancier spots away from Chinatown.

I was very intrigued by the very different looking har gow (the ones that are open with a little bit of mushroom peeking out. They were very different from the translucent crescent shaped dumplings I’m used to. 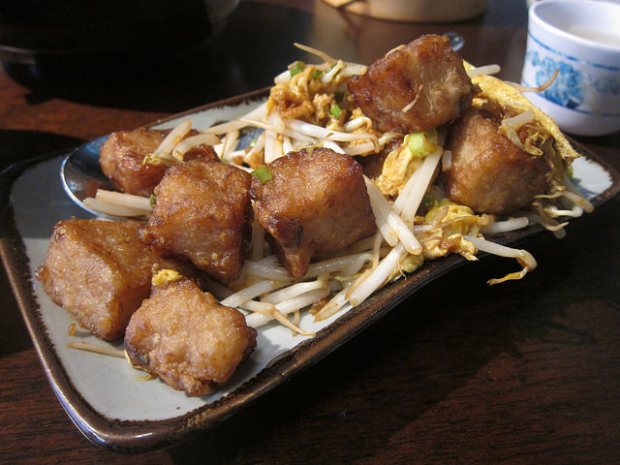 I really enjoyed the seared turnip as well. This was a very filling dish and we took the rest back to the hotel as well. 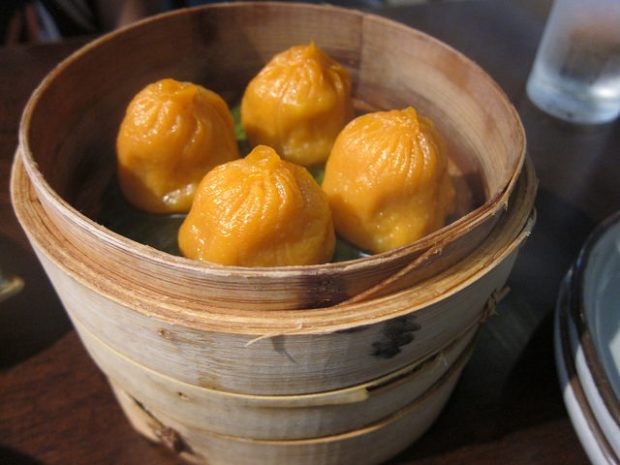 At Imperial Lamian, you can get a combo of all the various soup dumplings but since there were just two of us, we decided to get a basket each of Shang Hai (shown above) and crab. I have to say I’m spoiled by living in Los Angeles and having great access to a variety of dumplings. I know the skin is traditionally somewhat thick but I’ve come to enjoy the thinner ones from Din Tai Fung. However, it was a good thing these thick (but not too thick) wrappers were there as one squirted as I ate it (oops). 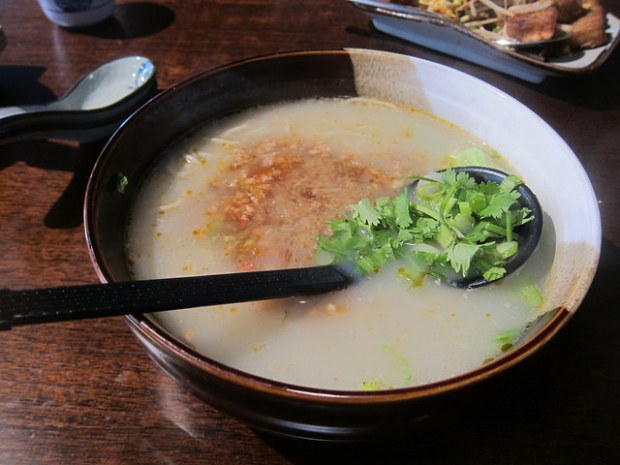 Finally we ended up with a warm comforting bowl of porridge. It was hot and humid but I had to have my jook (congee, porridge).