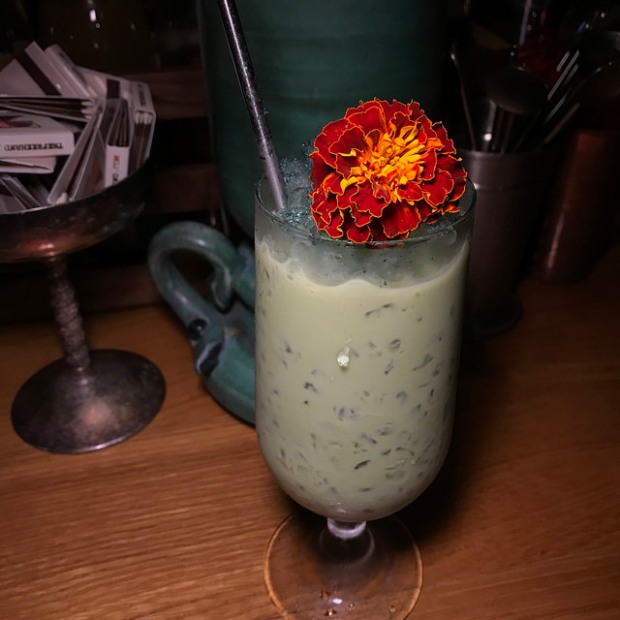 Rudolph’s Bar and Tea is in the lobby of the Freehand Hotel in Downtown Los Angeles. While Broken Shaker on the rooftop is getting a lot of buzz, don’t forget to hop on over to Rudolph’s for tea inspired cocktails.

The Conquita Con Matcha is a creamy, rich drink. Don’t let it fool you though. There are some high proof rums including the OFTD from Plantation and one of my favorite rums, Smith and Cross.

The first time I went to Rudolph’s, I tried their Cold Mate mixed drink. They use the mate gin from Argentina as well as lots of stuff I like including pamplemousse liqueur (grapefruit) and  matching hopped grapefruit bitters. 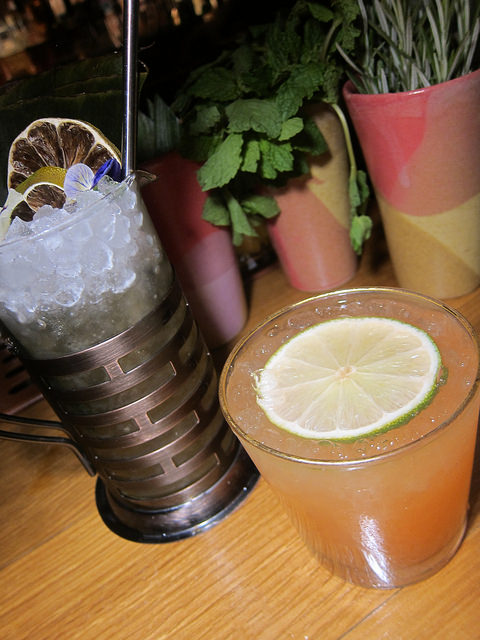 Rudolph’s does happy hour 3:30 to 6 p.m. daily. Try their daily punch for $7. Other specials include beer and wine as well as small plates such as olives.

There’s an energy to the lobby bar that I really like. It’s the perfect place to hang with a book or stop in for your first stop on a cool bar crawl in DTLA.

2 thoughts on “DTLA: Drinks at Rudolph’s Bar at Tea”