Montenegro for Two at Test Pilot

I took the train up to Santa Barbara for my birthday trip. It was supposed to be a pleasant two hour ride. Instead, there were delays. Someone had jumped in front of the previous train ahead of mine and there were plenty of grumpy people because of the long delays. It was understandable to me so no complaints from me. Still, I was glad to finally arrive and the nearest bar to the station in the Funk Zone is Test Pilot. Luckily, this tiki bar was on my list to try and I was glad to sink onto a bar stool.

Then I got the large format drink, the Montenegro for Two. The drink comes in a pineapple and sometimes that is all that matters. Fortunately it was very good and wasn’t too sweet. We sucked down that sucker and left much happier. In fact, I talked about going back all weekend. 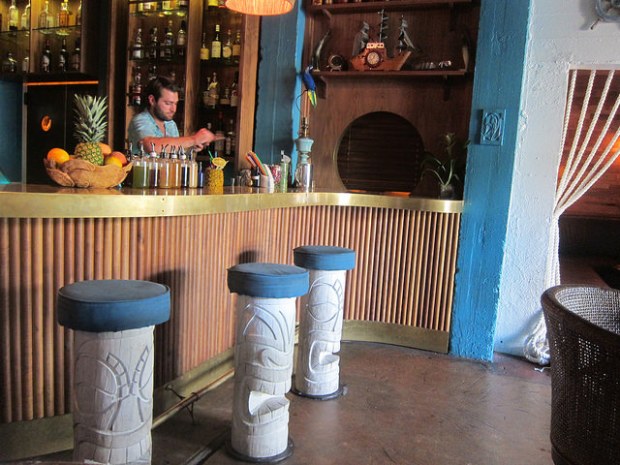 I never did make it back in that weekend but it’s on the top of my list when I next visit Santa Barbara (hopefully NOT by train). 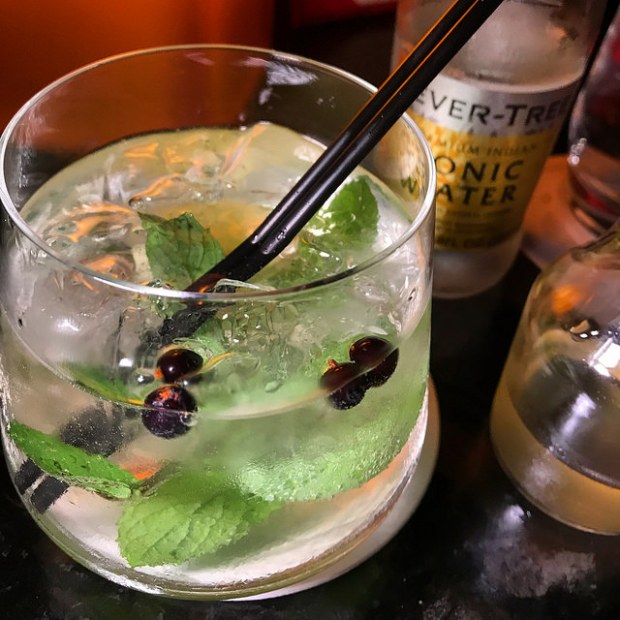 Gin and Tonic at Four Seasons

After a wonderful dinner at Loquita, we were in a mood of a smart hotel bar. We dropped into the Four Seasons Biltmore where I saw they had a short list of gin and tonics among other cocktails at the Luna Terrace, the bar outside of their lobby bar.

It was one of those nights were the moon was so large in the sky. The G&T was a perfect drink on a muggy night in Santa Barbara. 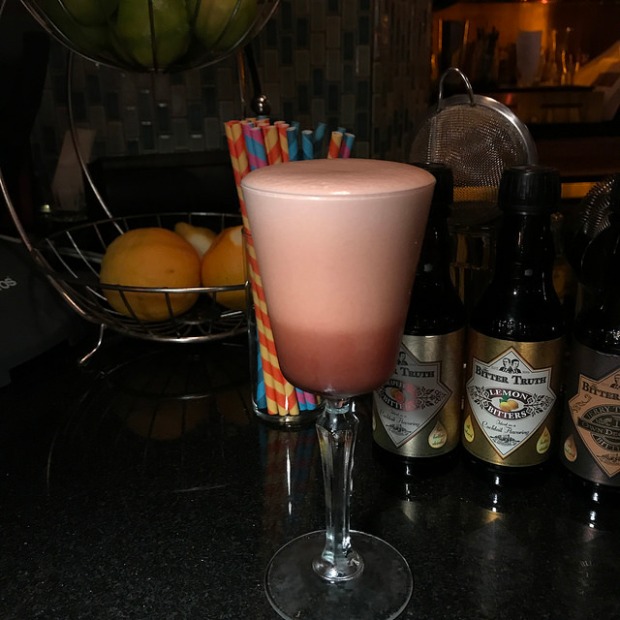 One night after dinner at a sushi spot across the street, we headed over to The Good Lion. It’s considered one of Santa Barbara’s best craft cocktail bars, if not THE best one. When I was there over Labor Day weekend, I was presented with a couple of menus. They have their greatest hits list, a seasonal menu and also the much bigger book of cocktails. That book featured many drinks I was familiar with from bars and bartenders all over the country.

I chose the Rob Stark’s Revenge from the summer menu. It’s a gorgeous drink in a pretty glass. I was sticking to light drinks on this trip.

Or so I thought. My friend and I are big whiskey people. She’s more into bourbon so she got the Ken-tiki Kentucky while I got a Manhattan variation. I would have liked to explore the menu even further but we were off to explore more of the city’s bars.

I found our way to the the Funk Zone a few times on this trip. One afternoon, I spotted the Seven Bar. It’s a fun neighborhood bar and I had a pisco sour variation with Singani 63 (Bolivian brandy).

Fer-naughty at The Good Bar

On my last night in Santa Barbara, we headed over to Goleta. After dinner at a really authentic spicy Sichuan spot, we went to the Klimpton Goodland hotel. I finally found the real industry bar in Santa Barbara and it was in Goleta! Sure, the Good Lion is pretty cool for a craft cocktail bar. And Test Pilot is the obvious favorite for best tiki bar but this Good Bar is where I see industry folks hanging out.

It has that hipster, are we in Brooklyn or Silver Lake vibe but also it’s just fun.

From the menu, it also seemed like the bartenders are just as important as the actual drinks they created.

It was hot and muggy all weekend and the Fer-naughty sounded like a thirst quencher. 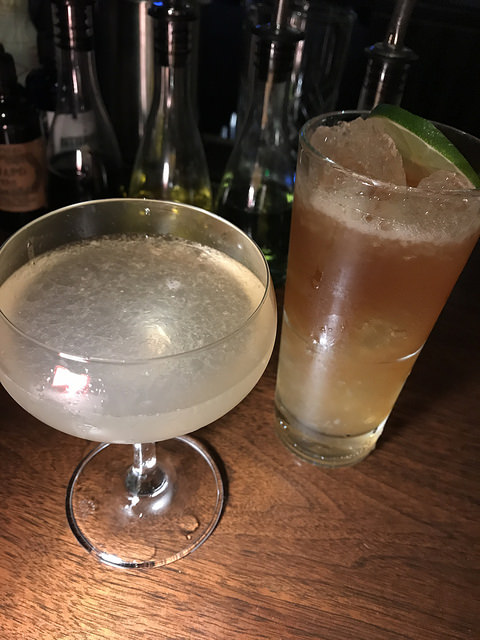 For all I know my friend ordered a Brown Derby or maybe even a daiquiri but I’m fairly certain she got the Dat Yum Yum not only because of the fantastic name but because of the chili-lime cordial in it. I went for the Santorini Sunrise because it featured the Skinos Mastiha tree resin liqueur I discovered in Chicago.  I was geeking out hard core. I wish had met the head bartender but she was off that night.

The Good Bar at the Klimpton Goodland Hotel

My friend promised me new bars for another bar crawl when I’m up next. Until then, I’ll be happy to return to Test Pilot and the Good Bar.

3 thoughts on “Santa Barbara: Barhopping from Hotels to Tiki Bars”