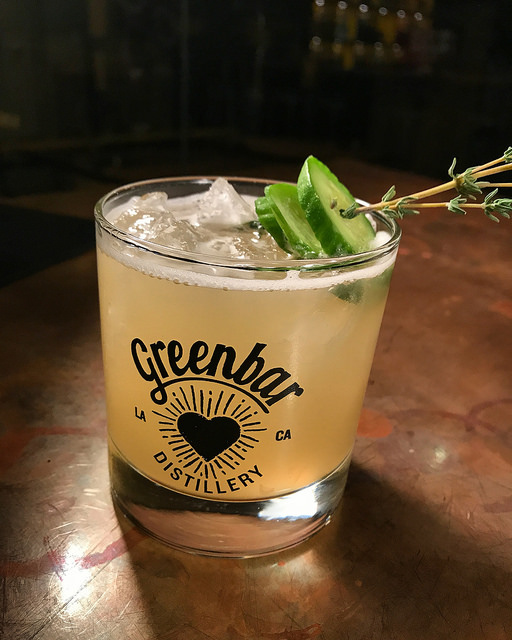 a drink I made at the distillery

I’ve been to Greenbar Distillery a number of times through the years. It’s always fun to visit LA’s first distillery after Prohibition. They first set up shop in Monrovia and then moved to the Arts District in Downtown Los Angeles a few years ago.

I recently went for a cocktail class with We Like LA and I created the following drink.

Hoppy Hip Hop – by The Minty

Add rum, Grand Hops liqueur, honey syrup and grapefruit juice to a tin. Shake well (about 30-40 seconds). Strain into a glass with fresh ice. Garnish with cucumber speared with thyme. 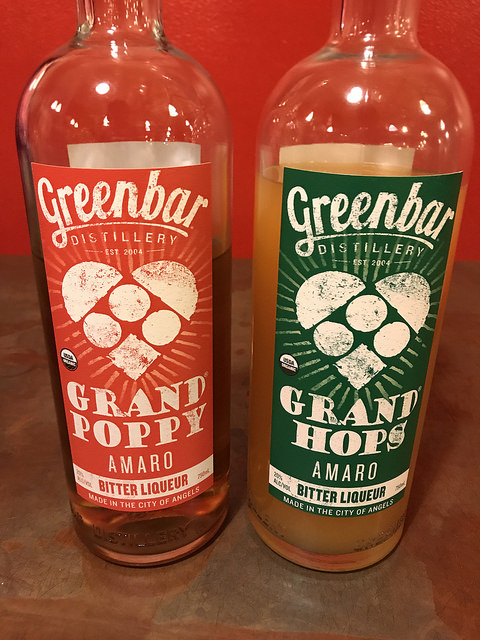 Years ago I fell in love with Greenbar’s Grand Poppy amaro. This liqueur is great and it’s a nod to our California State Flower, the poppy. Then I tried Grand Hops which I knew I’d like. When I tasted various spirits at Greenbar, I knew I wanted to base a drink immediately after the hopped grapefruit bitters I love so much from Bittermens. It’s pretty easy to create a drink on already established flavor profiles.

Greenbar also has a line of bitters created by famous bar keeps. Bar Keep bitters comes in flavors such as apple, Chinese, lavender, saffron and fennel. 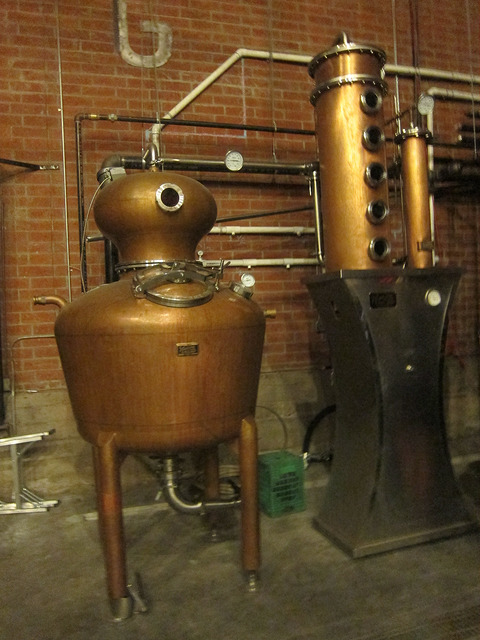 I really like this cute copper still at Greenbar! It’s so cute! 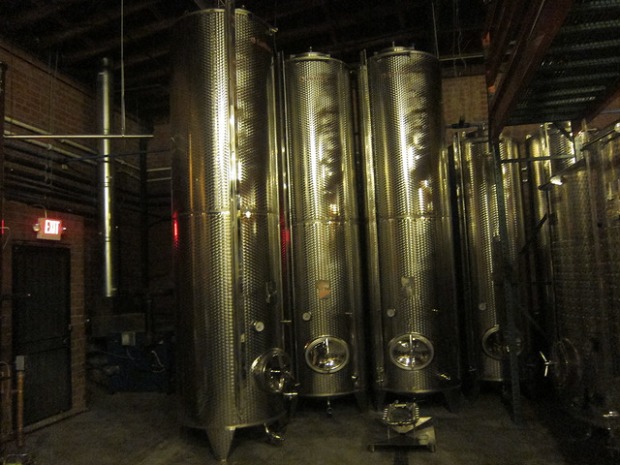 I’ve been to many distilleries over the years. It’s really cool how Greenbar started and still remains true to their organic roots. 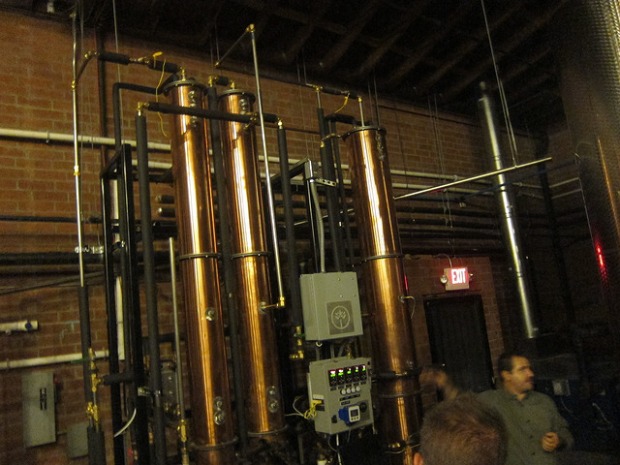 While the cute copper still is useful, there are other stills at Greenbar. It’s pretty amazing how technology can control it all these days. 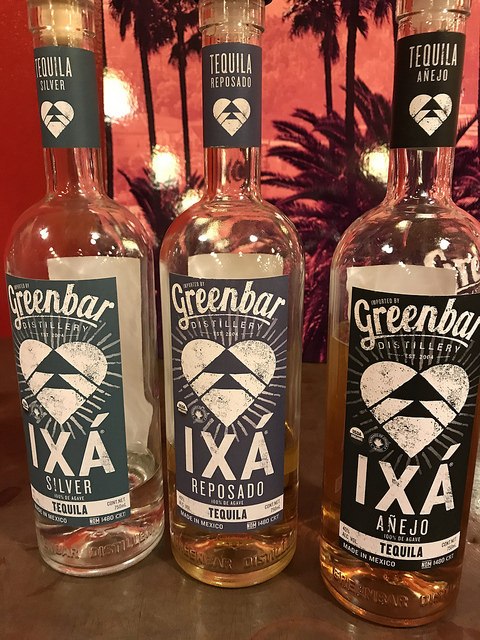 When I first popped into Greenbar years ago, they had an agave spirit but it technically couldn’t be called tequila. Now they are able to as this Ixa tequila is actually distilled in Tequila to Greenbar’s specifications– and yes, still organic. 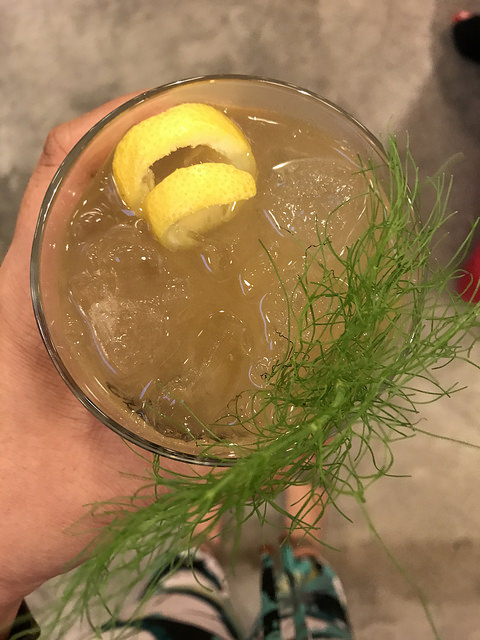 If you haven’t had a chance to check out a tour or take a class at Greenbar, it’s a good way to learn about spirits. They also have City gin, Slow Hand whiskey, Tru vodka, Fruitlab liqueurs besides the aforementioned Grand amari, Bar Keep bitters, Ixa tequila and Crusoe rum.

← SGV: Hainan Chicken Is All You Need at Savoy Kitchen
East Hollywood: Bruichladdich Dinner at The Edmon Recap →