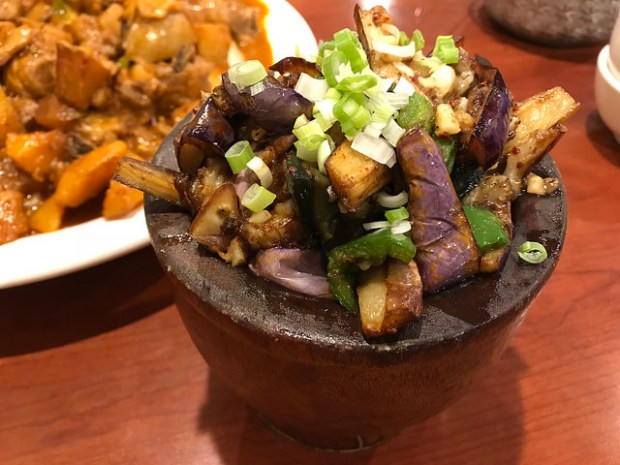 About a year ago, I saw some interesting Chinese food on instagram. Turns out it was Shaanxi Chinese food. This region of China is probably most famous for terracotta warriors and also the Chinese “hamburger.” I’ve only had a couple of Shaanxi meals including at the now closed Shaanxi Gourmet but also at the casual noodle shop, Qin West. It’s a regional Chinese cuisine I want to explore more of. Xi An Tasty is located above a Chinese supermarket on Garfield in Monterey Park, aka The SGV (San Gabriel Valley).

Although the menu was mostly Shaanxi, there were a few Sichuan dishes thrown in that I was tempted to try. But I stayed the course and kept with noodles instead of mabo tofu with rice. After looking over the menu, I realized neither my friend and I were that hungry but we still ordered four dishes which is just a drop in the bucket for this huge menu. I realized later what I was looking for was an appetizer with vinegar to break up the heavy food. But perhaps there’s no seaweed salad equivalent here. I did see a cold case later but it was too late by then. 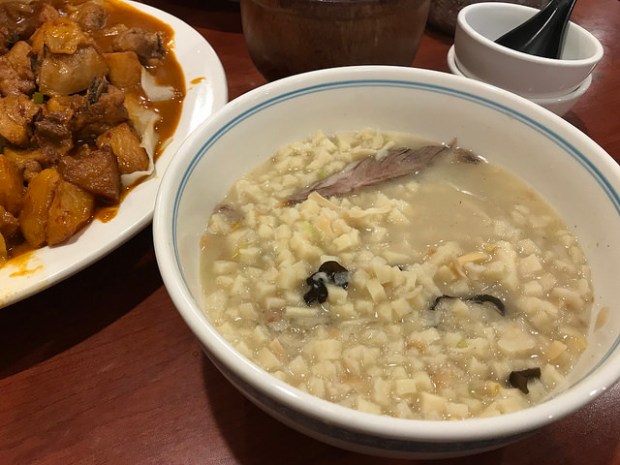 We started with the shredded pita bread in mutton broth. I thought when we ordered it, it be the sort of bread you tear yourself but it came already shredded. And the bread was much tougher, resembling pasta more than a fluffy bread. I did like the broth and the tender pieces of mutton but I would order a different sho 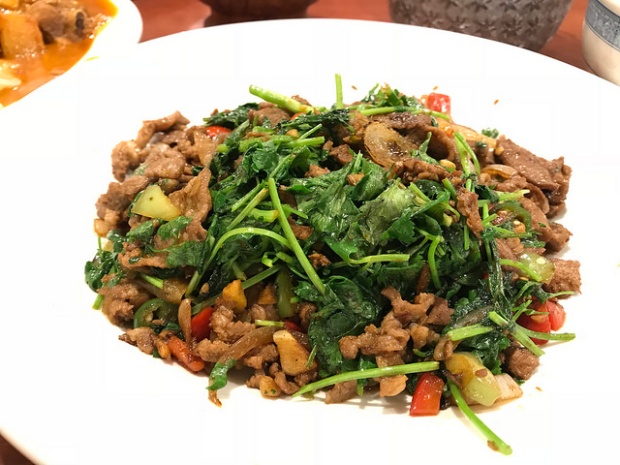 I had actually looked over the menu online before arriving so I knew we’d get lamb. I thought we’d try the skewers but the actual menu we saw didn’t have lamb skewers. So we opted for the stir-fried lamb with cumin. This is a good dish to go with rice.

We also got the eggplant with preserved egg shown above. This was my favorite dish with tender pieces of eggplant and little bits of preserved egg (I love thousand year old/ century eggs). 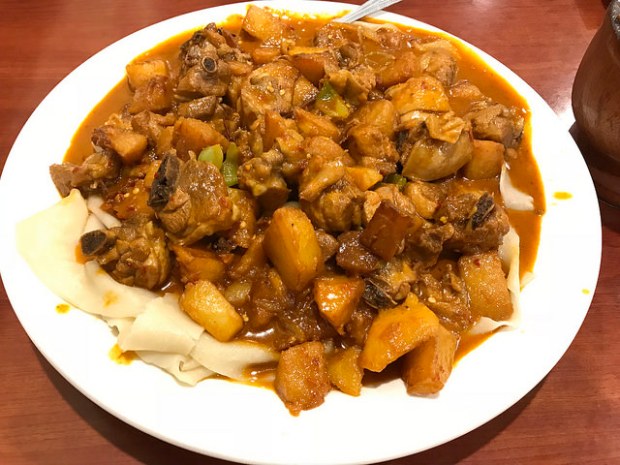 You really can’t tell how enormous the big plate of spicy chicken is but it was enough for both of us and probably 3 days of leftovers. There were chopped chicken thighs and legs with potato chunks over a bed of wide noodles. It was subtly spicy which eventually built up necessitating need for water breaks.

Overall we loved it and would come back again to explore more of the menu.

One thought on “SGV: Shaanxi Chinese Food at Xi An Tasty”