Japanese whisky at In Sheep’s Clothing

I checked out In Sheep’s Clothing recently. It’s been opened about three months or so, It’s a speakeasy inside of Lupetti’s Pizza in the Arts District in Downtown Los Angeles. It’s very close to Little Tokyo. When you enter Lupetti’s Pizza, go to the right through the unmarked door.

I’ll have to return to try the pizza at Lupetti’s (which coincidentally also means wolf). I love the sheep/wolf connection.

Drinks at In Sheep’s Clothing

There are signs for no photos though my understanding was they didn’t want you on social media at the time you’re at the bar.

My friend had the Tabako and I had the Forbidden Colors. Both are Japanese whisky based which seems to be the focus of the bar judging by the large display case sitting in front of us.

I loved my drink. I discussed with the bartender Sfumato which up until that moment I just thought of as an alternative to Zucca, another rhubarb based amaro. Sfumato really shined in this updated high ball. 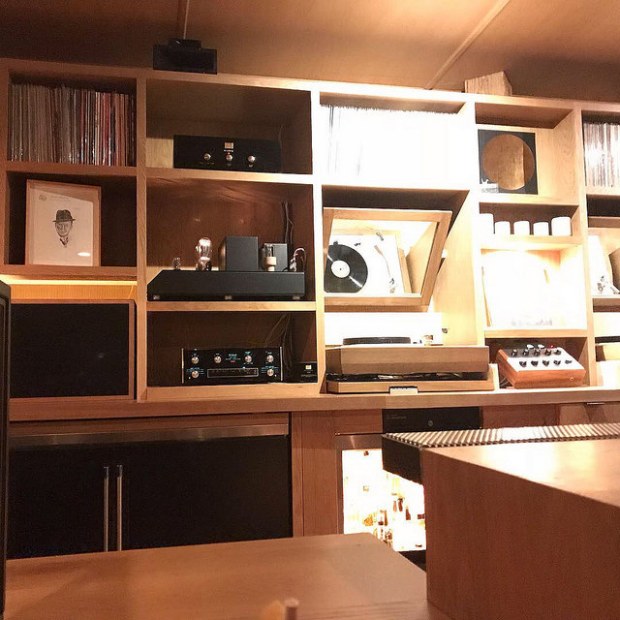 In Sheep’s Clothing is actually open during the day. They serve tea and coffee. They don’t allow food (go eat at Lupetti’s!) but I actually like that as sometimes food smells conflict with a nice bar experience.

In Sheep’s Clothing (inside Lupetti’s pizza)

One thought on “DTLA: Japanese Style Jazz Bar In Sheep’s Clothing in the Arts District”