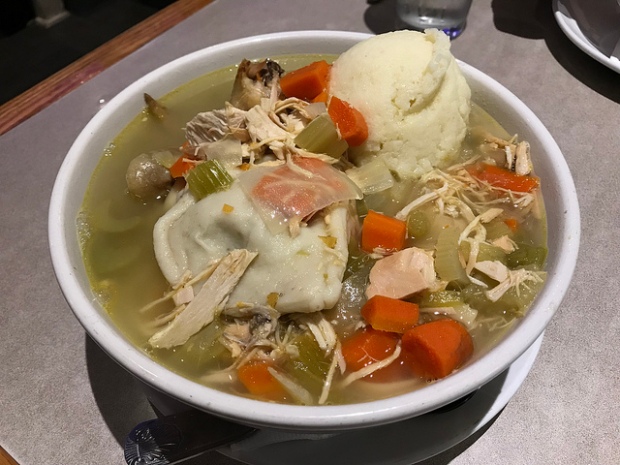 chicken in a pot

Years and years ago, I used to go to a Jewish deli called Junior’s. It closed and re-opened as Lenny’s Deli. When I visited a few weeks ago, I remembered all the good times. This was when I was introduced to Jewish soul food like matzo ball soup and reconsidered pastrami as another food group. 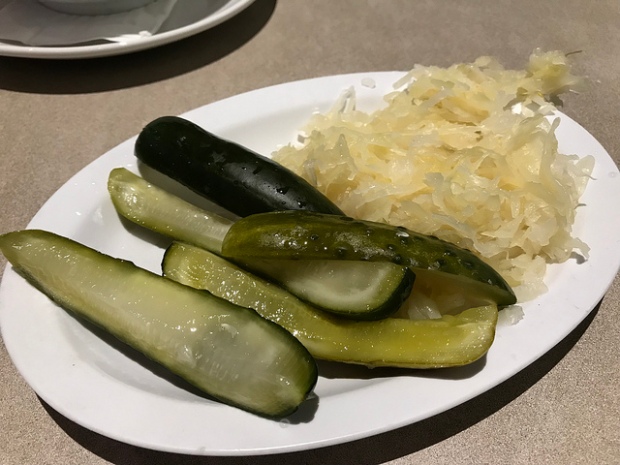 Certainly Lenny’s isn’t the best deli I’ve ever been to but it wasn’t far from the event I was at and considering the late hour and the heavy rain, we were glad to be welcomed by Lenny’s.

I ordered a chicken in a pot. When you love soup as much as I do, getting something like chicken in a pot is a real treat. It’s like three soups in one; chicken noodle, matzo ball and kreplach.

Kreplach are like Jewish wontons… they’re meat filled dumplings. And this was a filling meal. There was half a chicken in there as well! It took me three days to finish the leftovers. 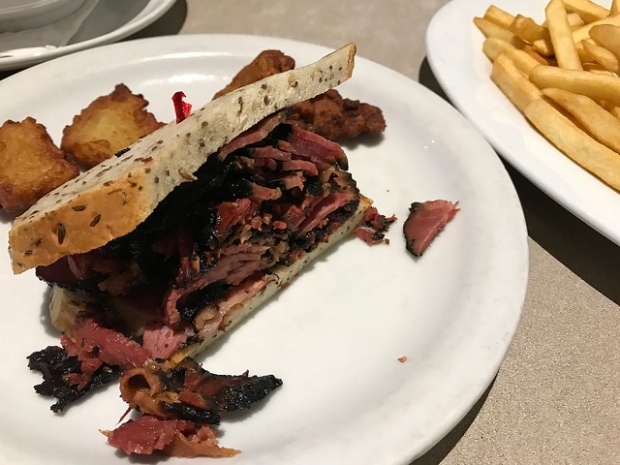 My friend had the more sensible half pastrami sandwich with matzo ball soup. I liked her noodles more than the thicker ones in the chicken in a pot but perhaps they needed sturdier noodles there to go with all the chicken I got.

The sauerkraut that came with the pickles were great in the sandwich. We also got fries as well. 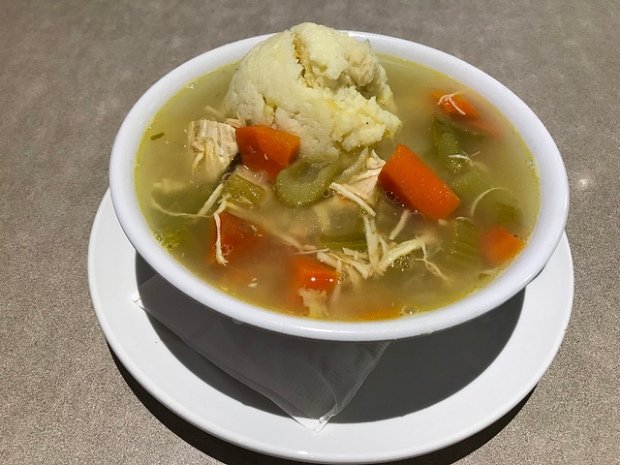 I definitely would come back for more soup and pickles!