fried chicken on a pedestal

Shaquille’s is now open at LA Live. The Southern food restaurant is named after Shaquille O’Neal, a former basketball player who played for the Los Angeles Lakers as well as other teams.

I do love Southern food and wanted to check Shaquille’s right away. We ordered a few things to share including the fried chicken which came on a pedestal. 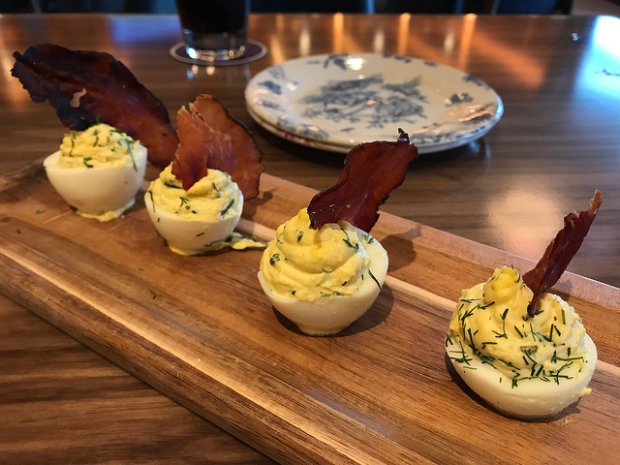 We had the deviled eggs to start. I enjoyed these and also the extra ham (really, it’s bacon) that my non-red meat eating friend gave me.

As for the fried chicken, it came with three sauces. I used all three. 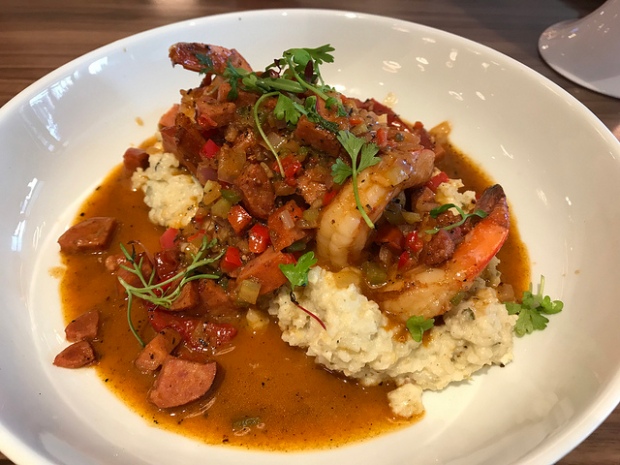 My favorite dish at lunch was the shrimp and grits. The shrimp were quite large and I loved all the chunks of sausage (which again I got because my red meat avoiding friend gave me).

We rounded out our very healthy meal with mac and cheese. By this time I had given up and was heading to food coma land. My friend had leftovers for days.

Shaquille’s is a nice addition to LA Live. There are certainly plenty of choices for food in the area but we were missing a down home Southern spot.