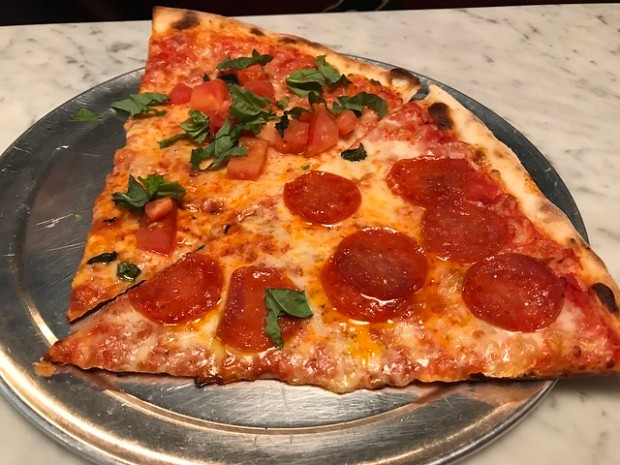 pizza by the slice

I finally checked out Vito’s Pizza in DTLA. They have been open for a few months now and I’ve been looking forward to their opening as Vito’s is one of my pizza spots in Los Angeles.

New York can tout its thin crust. Chicago has its deep dish pies.

California pizza or specifically LA pizza is usually associated with wacky toppings. When BBQ chicken became a thing, guess where it started? And yes, you can thank a certain chain for making it popular.

Still, everyone should have a handful of favorite pizzerias around town (hey, LA’s a big place) for go-to slices. 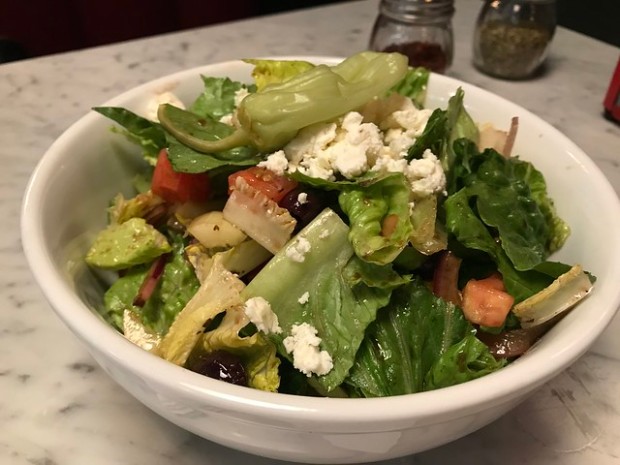 Vito’s doesn’t have side salads. So I got the $14 Mediterranean salad. I could have used more peperoncini (one pepper isn’t going to cut it) but it was lightly dressed and was very fresh. I know I had too much food so I took home the leftovers. 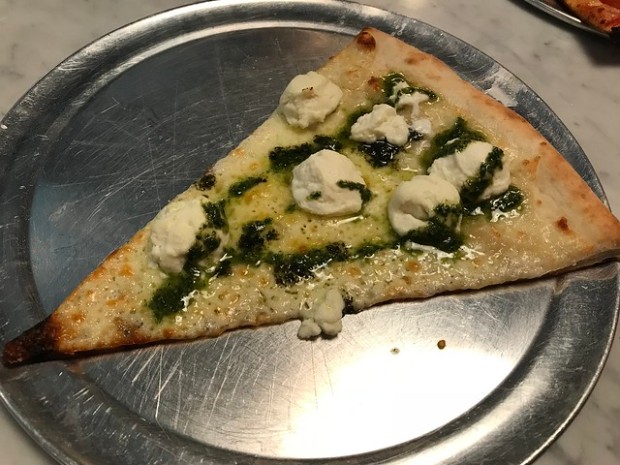 My friend got two slices and baked ziti which she got to-go (so it’s not shown!). The above two slices are pepperoni and margherita. By the way, there’s no chicken on any of pizzas and not available as a topping. This is truly a classic spot.

I got the pesto which I loved. The soft ricotta cheese was so good. And I liked the chewy crust and yes, they heat it up for you after you pick it out of the case. Or you can go with custom slices. If you have a big group, you could go for a whole pie, too! 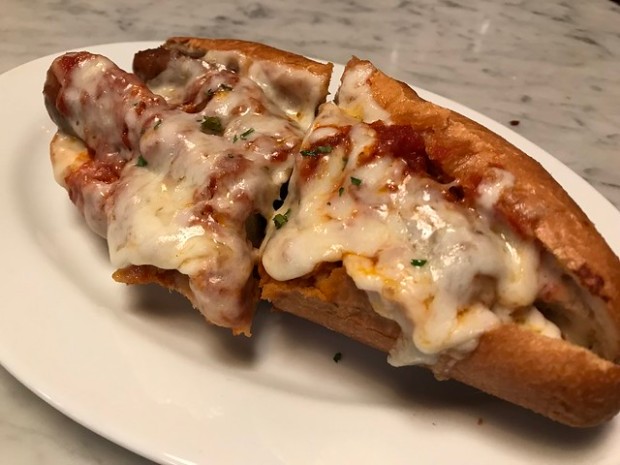 I also wanted to try the sandwiches. I got the Romeo under the hot subs section. It’s both sausage and meatballs plus lots of cheese. The toasted roll was perfect but I was getting full and went Keto on it (no carbs).

I’d like to try the Italian cold sub next time.

Oh, and if you really are dying for poultry, there’s a turkey sub. 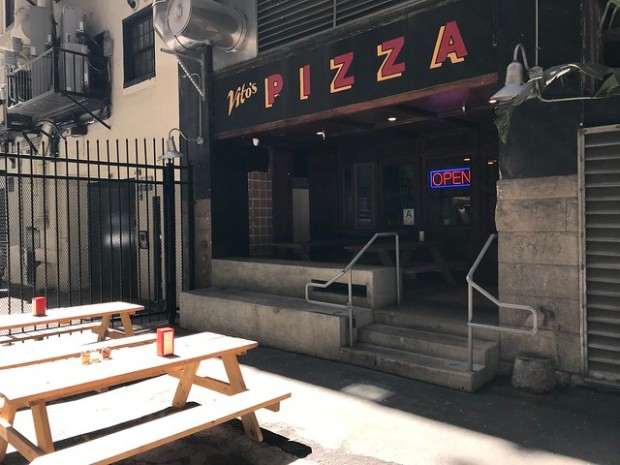 PS- find Vito’s by going down the alley on 4th. It’s next to the Continental Club and around the corner as Bar Ama.