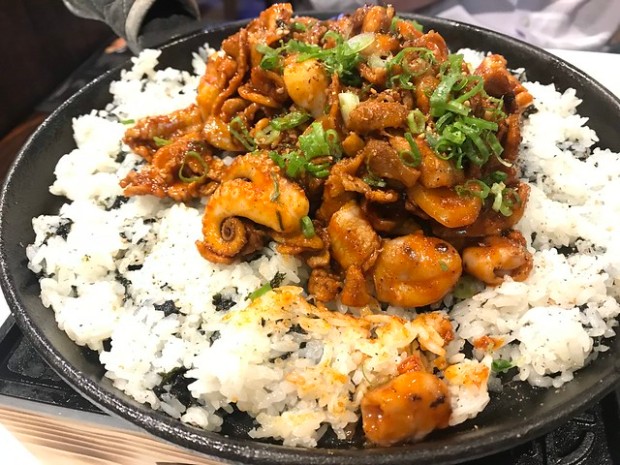 One night we hit up the new Louders in Koreatown. It’s in the same strip mall as Sun Nong Dan, Cafe Bleu, Mountain and Hangari Bajirak Kalguksu.

It was fairly late and 30 minutes to last call. At 2 a.m., we found our nearly full pitcher of beer going away while they told us we had to chug what remained in our glasses. I found this annoying but I understood they had probably been fined before. And anyway, I didn’t need that beer so I let it go.

The food made up for it.

We had octopus and pork belly rice. This gently crisped up on the mini grill. It’s hard to say if this was my favorite dish or the chicken wings. Get both. 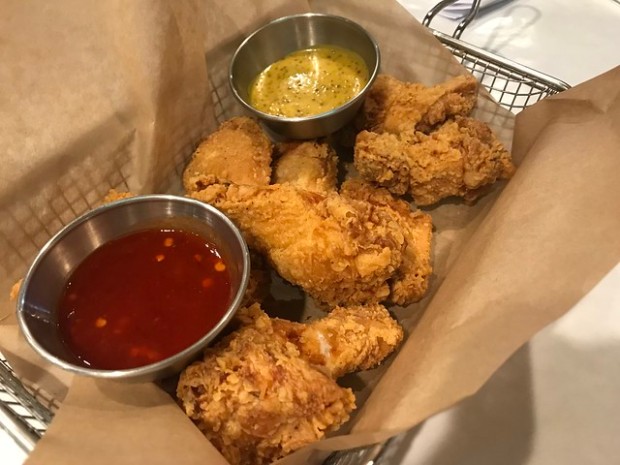 The chicken wings are very well-fried and not greasy at all. I didn’t need the dipping sauces but it’s nice to have options. I loved how juicy these wings were and the batter was light and nicely crunchy. 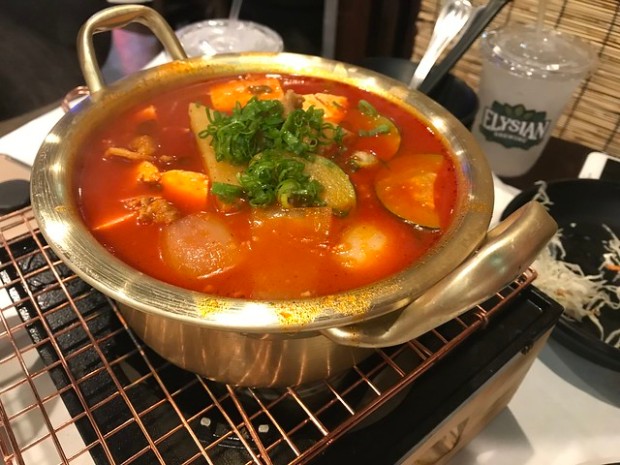 I picked the pork and tofu soup thinking it’d be more like soon dobu but it was more of the Korean miso (doenjang) with veggies and pork. Still very good. It’s not as spicy as it looks. 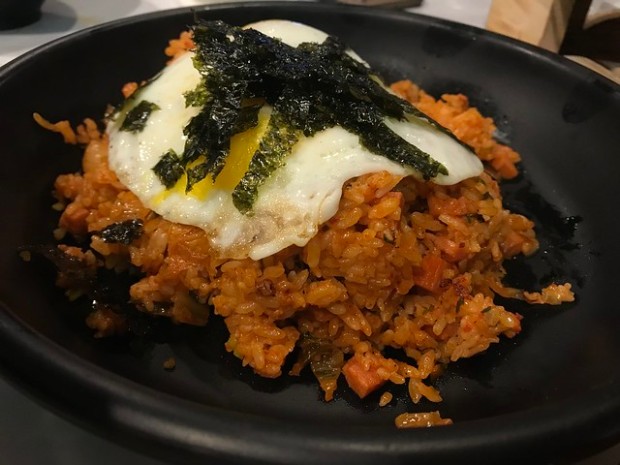 And what better way to soak up all that booze than an order of kimchi fried rice. I took this and the octopus rice home for a nice lunch the next day.

It’s a good late night spot. I want to get the whole grilled chicken next time.