Koreatown: Getting King Buns and Spicy Noodles at Myung In Dumplings 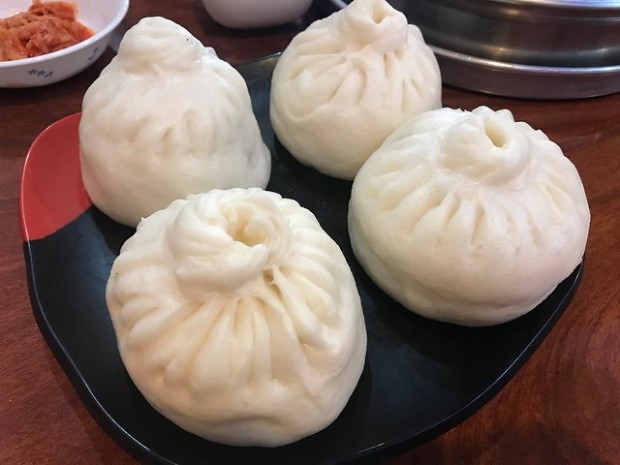 I’m not really a buns (bao) sort of person. I much prefer dumplings. My only exception would be the Chinese sheng jian bao. However, even I couldn’t pass up the novelty of the giant king buns at Myung In.

As I was eating them, I also remembered I enjoyed the occasional chicken and mushroom bao for Chinese breakfast.

Which meant eating one of these big boys would really cut into dumplings room. Proceed with caution or bring 8 people to share an order of four!

The banchan at Myung In is a simple affair. I liked the radish best. 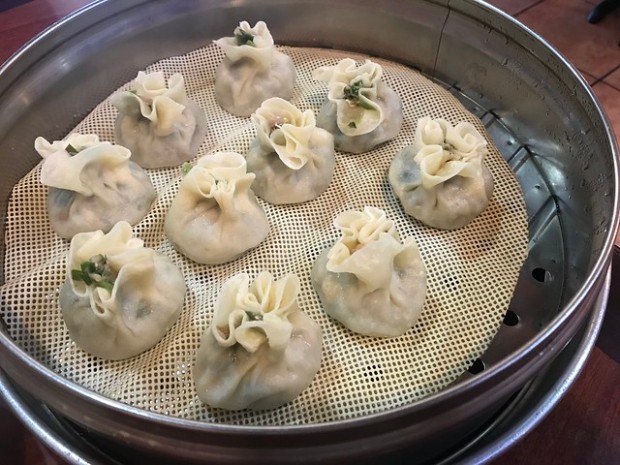 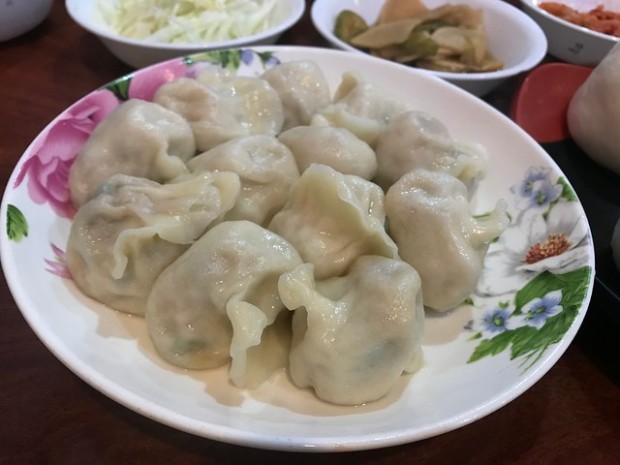 All the dumplings are a combo of pork and shrimp. Really, it’s the best combo.

Woah! The spicy beef soup was actually spicy. My friend said I turned as red as the soup when a bit of it dribbled into the wrong pipe. Eep.

It turns out there wasn’t very many noodles but I appreciated this soup and will remember it when I need a sinus-clearing soup.

As mentioned we were in dumplings wanting… but with king buns, steamed and boiled, what else could we possibly want?

Ah yes, pan fried! These were the best dumplings we had that day. I’d get these again.