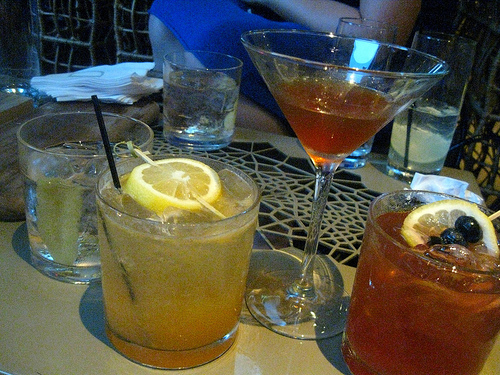 Judgment arrived for the four finalists of the Drago Centro cocktail contest called the People’s Cocktail. The winning cocktail would included on the new summer menu.

Four weeks. Four finalists. Four judges. I along with Caroline on Crack, Lesley from the Tasting Table and the adorable owner of Drago Centro, Chef Celestino Drago judged the grand event last Wednesday. We are happy to announce the winner is Jeni Afuso of Oishii Eats. While I liked all the cocktails, I really felt Jeni’s cocktail was perfect for summer and I can easily see myself sipping on her Momo Rye Fizz on Drago Centro’s patio.

Chuck Taggert with his Bell'aspetto

I asked Chuck to describe his drink to me and he said it was inspired by a great meal he had that involved blueberries and cinnamon. As a foodie, I loved the story. 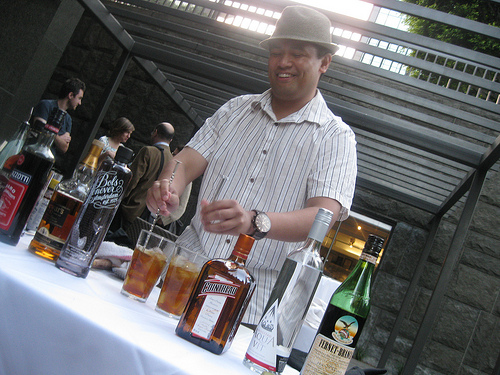 Ron described his cocktail as basically a Fernet Manhattan. I, of course, love Manhattans and really liked this variation. I could see myself drinking this by a warm fireplace.

Here’s my fun video of Ron pouring out the drinks, click here.

Matt handing over his drink to be judged

Mr. Rumdood made a drink without rum? That’s right. It was a very strong drink and one too many could leave you on a barstool for a rather long time.

I did ask why Matt the name of his drink didn’t have an Italian name and he said it simply wasn’t Italian. 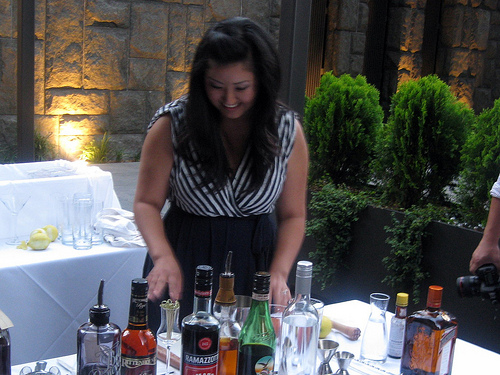 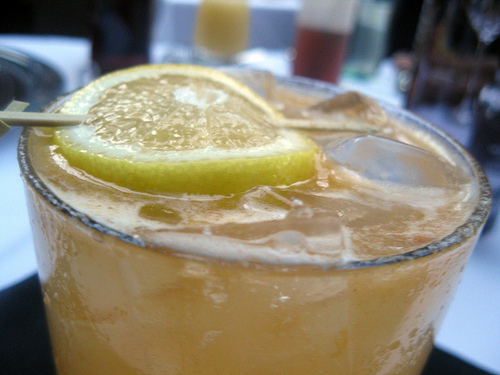 Get the Momo Rye Fizz at Drago Centro until the end of the summer.

← Jitlada: Can you handle the spice?
Los Balcones del Peru →

5 thoughts on “The People’s Cocktail Competion at Drago Centro”