A few months ago, I received a note from Tracy of Dishcrawl and Battledish. She and her crew of foodies in the San Francisco Bay Area have been going on food crawls they termed “battledish.” They try at least three items in a night. This could be at the same restaurant or at different locations. From this concept, they are developing “dishcrawl,” a website devoted to finding your perfect food crawl. You plug in your likes and it spits out a list of things to try at a number of restaurants.

While I was in SF, I realized I wasn’t going to be in town for any of these famous battledishes. Well, lucky for me, Tracy took me on a personal dishcrawl. We started out at Lolo, owned by two guys who are Turkish and Mexican. To say the food is exotic is a bit off the mark.  That would imply it’s unapproachable and it’s quite the opposite.  It’s assesible and oh so very delicious. 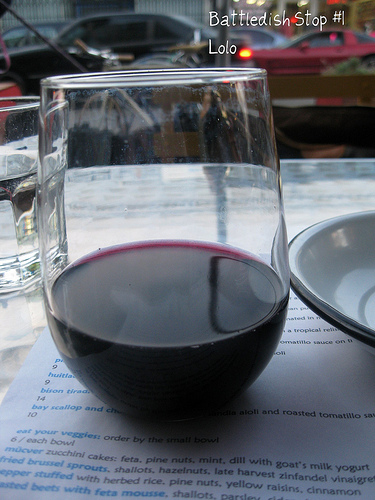 We ordered the taco tropical, octopus tiradito, huitlacoche ricotta dumplings, bison tiradito as well as a bowl of fried brussel sprouts. Ooops, did we already over-order? 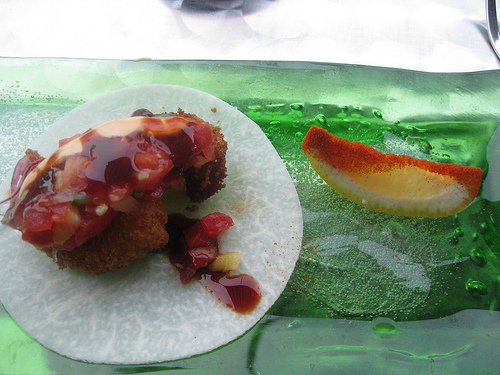 This Taco Tropical had panko encrusted shrimp. The relish and spicy aioli worked with the crunch to create this sort of magical trip through soft, sweet, savory, crunchy and tart. With a squeeze of spice dusted lemon, it was perfect. Tracy said she dreamed of this jicama taco often. 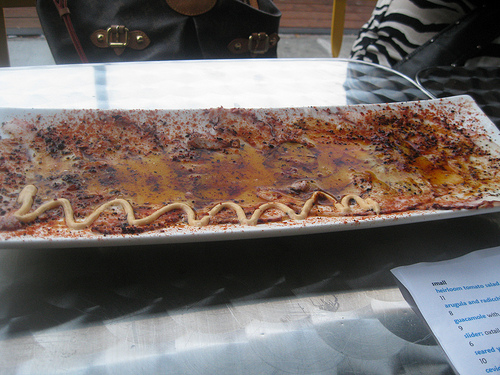 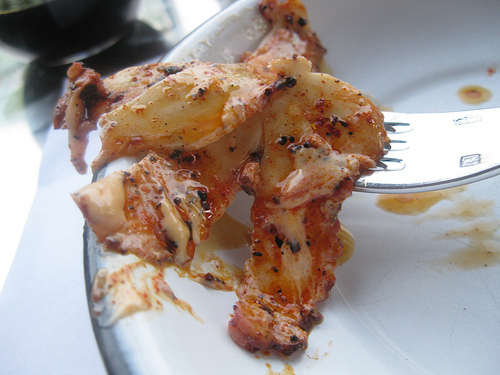 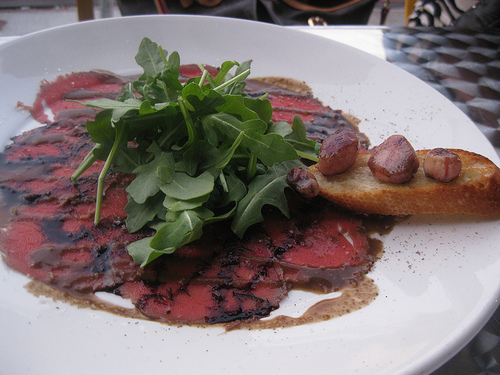 Of the two tiraditos we ordered, I preferred the bison. It was absolutely not gamey and was just a lovely and light dish. The thin slices of the octopus was covered in this spiced oil that to me seemed to have toughened up the flesh. I would have probably used less salt with the bison and added it to the octopus for more flavor. 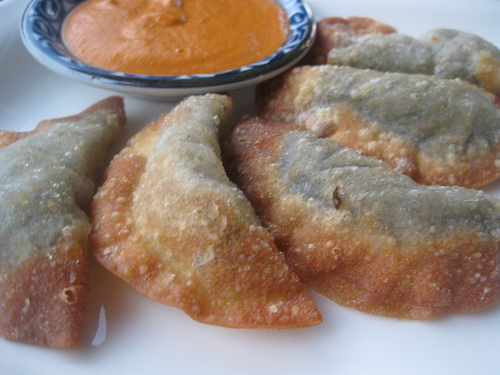 Next to the taco tropical, my favorite item of the night was the huitlacoche ricotta dumplings. I love huitlachoche. I first had it at a little restaurant in East LA probably 15 years ago. I was told it was fungus. Well, it’s a little “mushroom” that grows on corn. Sounds nasty, huh? But it’s so delicious. I order it whenever I see it on the menu. And to see it in a dumpling? I’m sold. 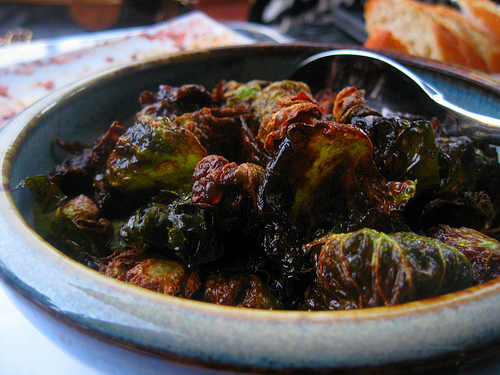 I am a veggie fiend and I love brussel sprouts. What can I say? It’s better than cabbage. What was so great about this were the individually fried leaves. I first encountered this style at Chaya Downtown in Los Angeles. But having the experience of eating these before, I knew I had to eat them right away or else the leaves get cold and oily quickly. I liked that these were served with hazelnuts. 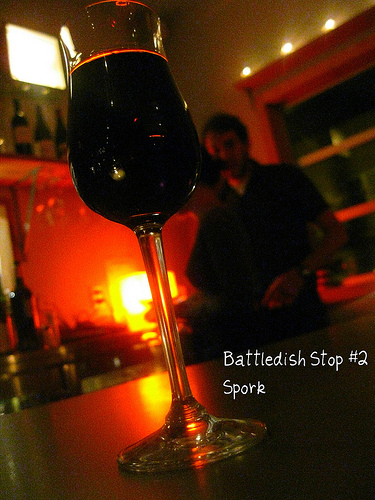 We decided to try dessert at nearby Spork.  I’m trying to think of a restaurant in LA that reminds me of Spork and there really isn’t anything like it. The menu looks more high-end than the interior “hipster cafe” look implies.  Although we were full, we also ordered the cauliflower and octopus before dessert.

I really loved the way Ryan, the server at Spork, described things as he set down our plates- “bad boy, bad nasty, bad Larry.” Who’s Larry? 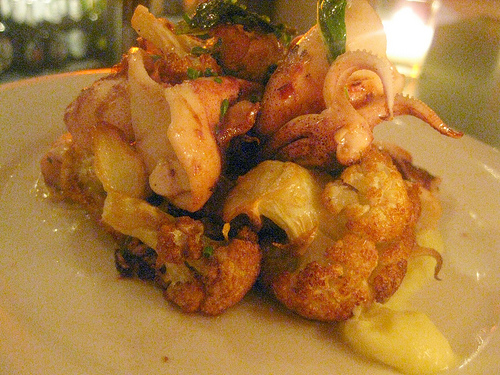 This is a solid dish. I would be interested in checking out the rest of the menu the next time I’m in SF. 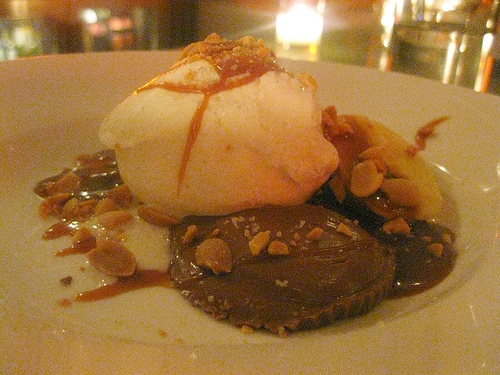 Elvis Has Left the Building

I gravitate towards chocolate for dessert and this featured caramel, nuts and fudge as well. The perfect thing to go with my glass of Pedro Ximenez sherry. 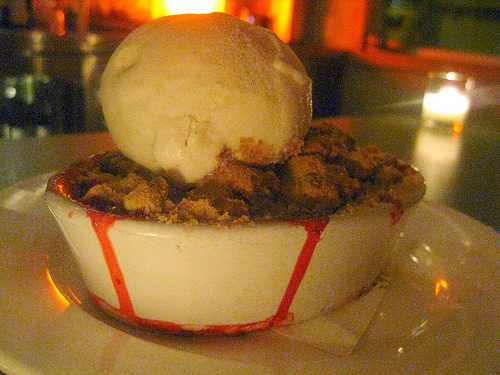 SF Battledish done! Now won’t you join me for Chiu Chow noodles on Sunday or a Kosher marathon crawl next week?