Next Door Lounge opened last week next to the Corner and across the street from AMMO. Owned by the same folks as the Corner, I was a bit surprised the Next Door Lounge also served food. Alas, we had already eaten so perhaps we’ll try next time. 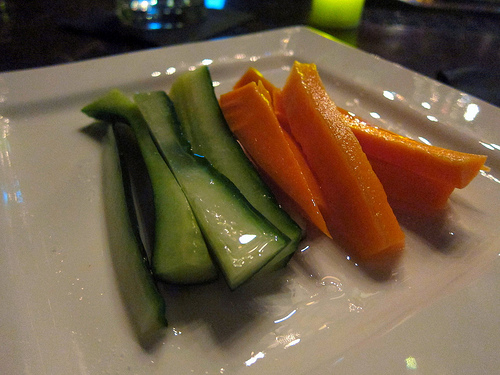 NDL did send out some “healthy” pickled veg to snack on, however. 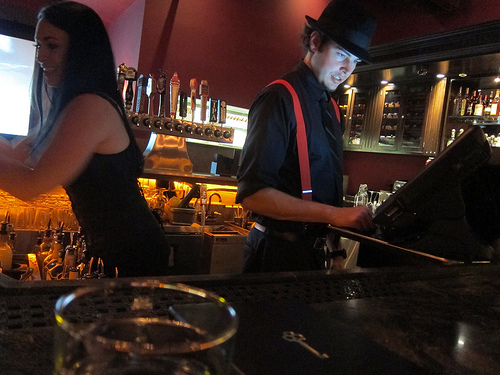 Next Door Lounge is going for that speakeasy vibe. We went the night after it opened and the nice door guy opened the door for us, telling us the manager would seat us but we decided to hop over to the bar. The lounge is rather large with plenty of seating scattered throughout the room. Servers are outfitted in flappers gear. I was rather amazed by the huge wall of booze behind the bar (first photo).

I was sticking to rum this evening so I chose the Hoover’s Wig (Flor de Cana 4-year, Aperol, Carpano Antica vermouth, apple, lemon, orange juice and prosecco). Initially, I was surprised by the ice. When did I become an ice snob? Is this artisinal ice? I have a feeling not.

I thought the drink was all right. Nothing terribly compelling about it. With all that fruit juice, it just became “sweet.” I couldn’t taste any of the Aperol in it. I wondered where Joseph Brooke, formerly of the Edison, was as the buzz surrounding the opening said he created the drinks. Later I would learn from Thirsty in LA’s blog he created only some of the cocktails.