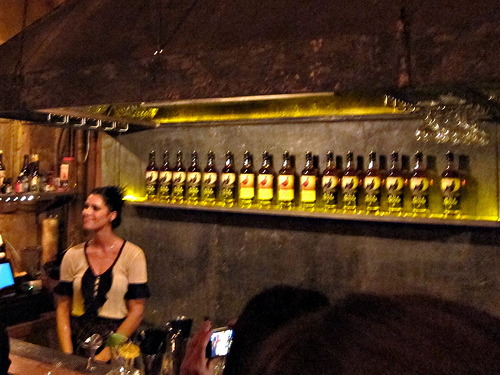 In terms of Scotch, I tend to stick to brands like Famous Grouse because of taste and affordability. But sometimes you want something a bit more, something a bit more distinctive. Enter the Black Grouse, Famous’ smokier sultry cousin. I first had a sip at the LA Loves Alex’s Lemonade event. And then again at Speed Rack. To introduce the public to Black Grouse, three bartenders in Los Angeles showcased their Black Grouse cocktails at Harvard and Stone a couple of weeks ago. Lindsay Nader of Harvard and Stone, Jason Bran of the Roger Room and Joe Brooke of Next Door Lounge each presented two cocktails and then we picked our favorites. 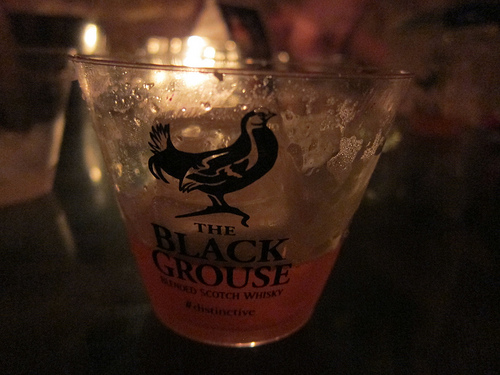 We had some appetizers from Made by Meg and an opening Black Grouse cocktail. The event was MC’d by comedian Barunde Thurston. 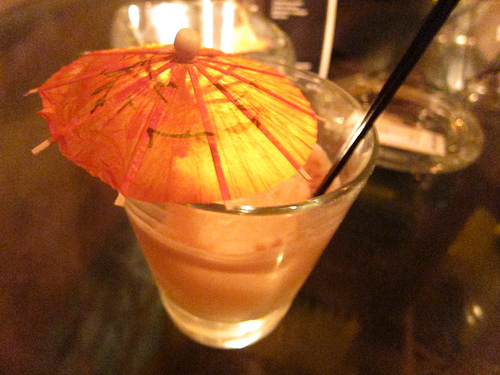 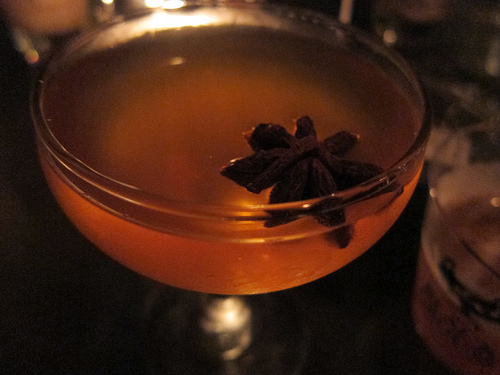 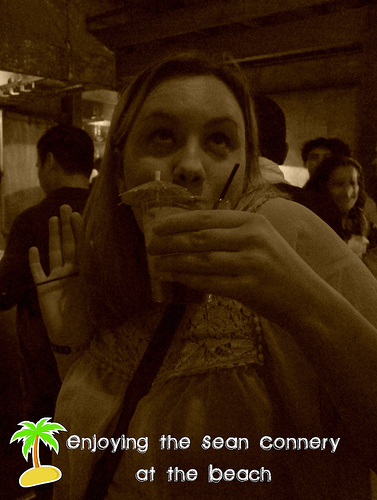 The Sean Connery at the Beach won. While both my BFF and I enjoy Scotch and I particularly prefer bitter over sweet cocktails, the Aspiring Gentleman was overwhelmingly in the “cough syrup” vein. It was definitely not for us though I did see some enjoy it. 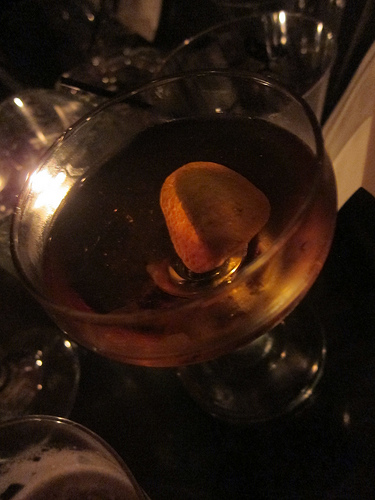 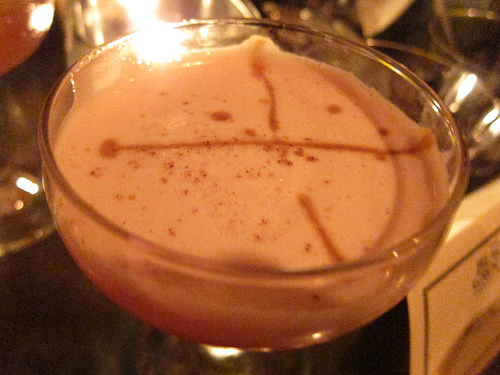 Of these two, my preference was for the Black Celebration. It is a typical Minty drink. I like brown, bitter, stirred whiskey (or in this case, whisky) drinks. However, the more I tasted the Smoked Cherry Sour, the more I realized how unique it was. This cocktail won. 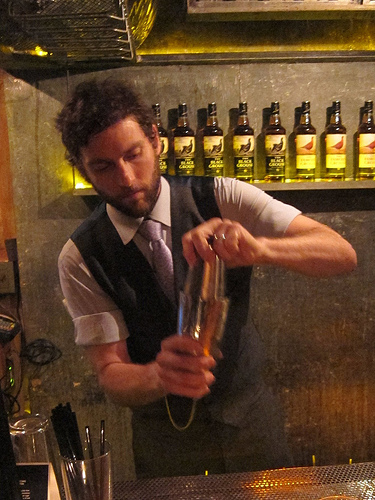 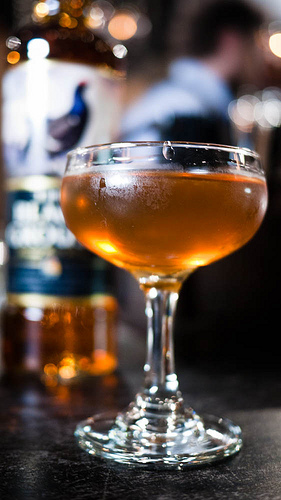 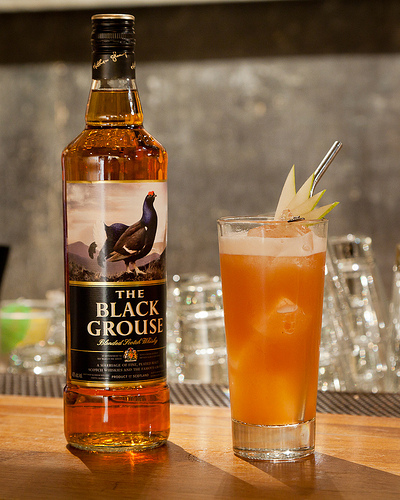 ** two photos used with permission from the Black Grouse

I had to leave before the tasting of Joe’s drinks but my friend reports she loved both and can see why Joe is one of LA’s best bartenders.

For more highlights from the event, check out Tasteologie.