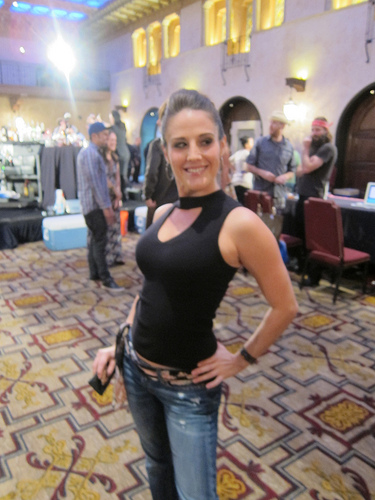 When I was in Portland for Portland Cocktail Week, I had a chance to see Speed Rack. The friendly competition looks for the fastest female bartender with money raised going to breast cancer research. It all started with LUPEC-NYC members Ivy Mix and Lynnette Marrero and co-produced by Lush Life Productions. The first competition was in New York then they went to Boston, Portland and most recently was in LA at the Roosevelt Hotel. Speed Rack is planning on DC, San Francisco, Houston, Denver, Las Vegas and Chicago. Winners from each city will compete in New York to be crowned Miss Speed Rack in May 2012.

In LA, 18 bartenders went through preliminary trials and the final 8 competed while guests sampled food and punches from sponsors. Home Bar Basics was selling its first book, Home Bar Basics (And Not So Basics) at the event with proceeds going to Speed Rack. Dave Stolte of HBB will have a book launch at 320 Main on 11/28 for those interested in picking up the book.  For more details, check out Thirsty in LA’s post. At the Portland competition, there was a smooching booth and in LA, a guy minding his own business unintentionally became the smooching booth. I was told to bring my own lipstick if I wanted him to peck me on my cheek. Ha! 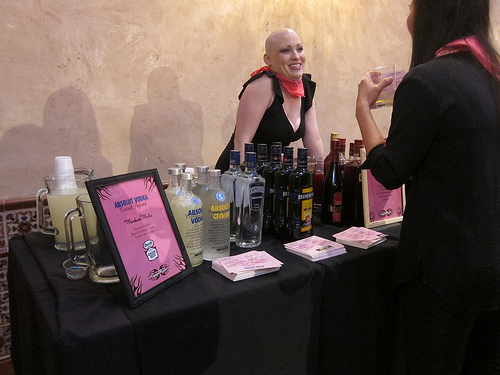 lots and lots of punches 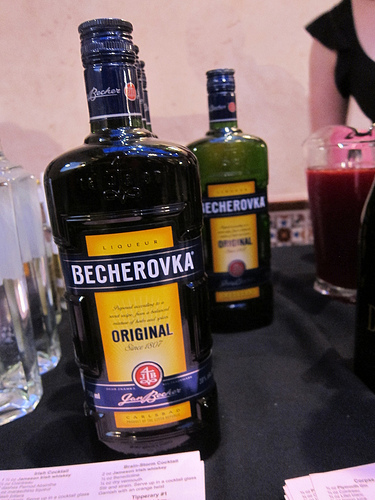 We went around to take a gander at the different punches. I stuck to mainly the gin and pisco punches with an occasional shot of Becherovka which others declared tasted like Christmas. 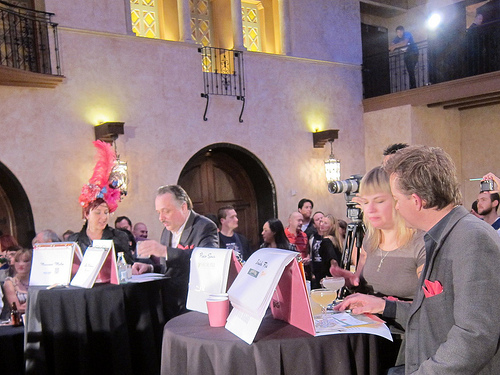 The four judges Hollis Bulliet (Bulliet Bourbon), Ted Haigh (Dr. Cocktail), Jessica Gelt (LA Times) and Aidan Demarest (Neat Bar) each selected a cocktail and the bartenders made the same four drinks. Each judge then judges his or her own cocktail. Not only do you have to be quick but you have to be accurate. Time is added to your overall time for things like too warm of a glass, off taste, not enough of the key ingredient, etc. 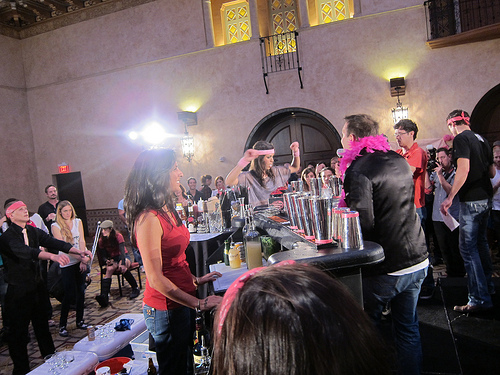 The first heat pitted Tammy Machicado against Lindsay Nader. Tammy started bartender in August and works for a catering company in Orange County. She was clearly the underdog against the favored Lindsay from Harvard and Stone. However, Tammy made it through the prelims with tremendous speed. Here’s the video of the heat. Judges later decreed Lindsay the winner. While Tammy may have had speed, she still needed to make drinks taste good. What a show though!

The next heat pitted Kylee Van Dillen against Devon Tarby of the Varnish. Again, it was another underdog against the favorite. Kylee works at Westside Tavern which isn’t the first place that comes to mind when I think of drinks. However, not only was she fast, her cocktails were great and so she moved forward. Here’s the video.

Spare Room’s Naomi Schimek went next against Harvard & Stone and Black Market bartender Mia Sazaren. This was a close one. Both are well-loved bartenders but in the end, Naomi beat Mia. Video here.

Next up Soho House West Hollywood bartender Mia Mastroianni went up against Black Market bartender Jennifer Lane. Mia won that round by being almost a minute faster. 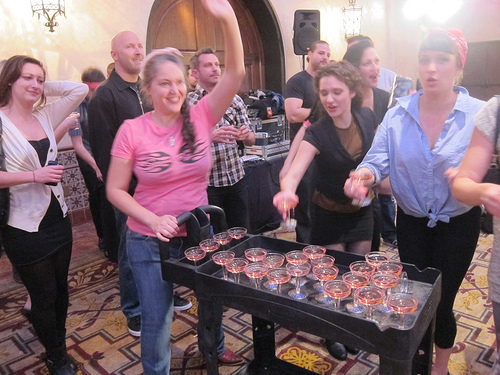 Pink bubbly for everyone!

The deciding heat was between Kylee and Naomi. Both worked furiously and everyone held their breath during the judging. And the winner is Kylee! She wins a trip to New York to compete in May for the title of Miss Speed Rack.

Lynette Marrero wheeled out pink bubbly with a splash of St. Germain for everyone to celebrate.

Now I wonder how I’m going to get to the other cities for the next few rounds of Speed Rack. SF, Denver, Chicago or Vegas anyone? I definitely am going to try to make the finals in NY to cheer our Miss Speed Rack LA!