Bar | Kitchen debuted its new menu a couple of weeks ago. Don’t worry, the crack tots (tater tots) are still on the menu. 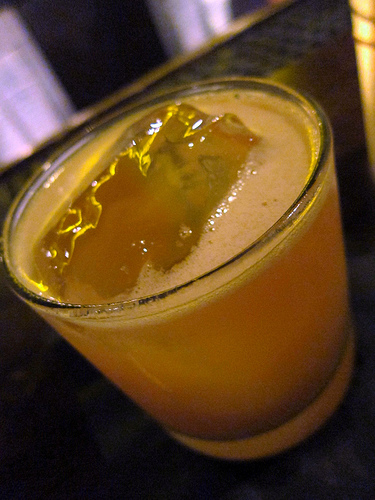 I was more excited to see what the new cocktails were. I tried the Smokescreen and the No. 27 which were both awesome. Of course, I end up doing bartender’s choice a lot so I also tasted some fun ones as well. 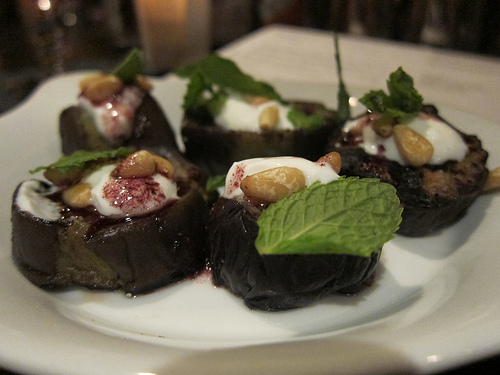 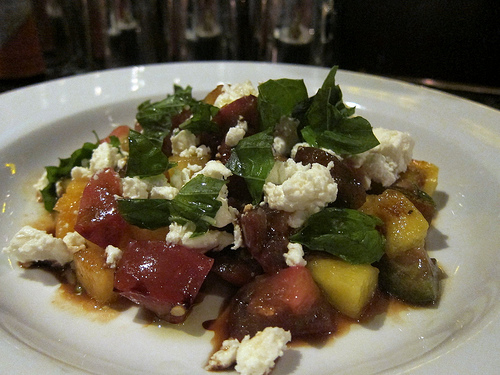 Over the course of three days, I tried a number of things including the  grilled eggplant and heirloom tomato & watermelon salad. The grilled eggplant is chilled and served with lebni (a yogurt sauce), pine nuts, sumac oil and mint. I liked these and they went quickly. The tomato and watermelon salad is a light salad for summer. I personally like watermelon salads (like Rivera’s shrimp and watermelon mojito salad) and also have a great love of heirloom tomatoes. It was a bit of an adventure though figuring out what I was eating because BK uses yellow watermelon. It was like a surprise bite with every mouthful.

On the night of the Bols Genever crawl, I was chasing punch with the occasional whiskey cocktail. At Bar | Kitchen, Charlie made me an Old Pal (rye, Campari, dry vermouth). 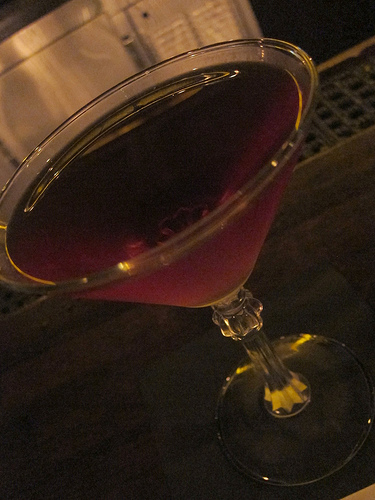 Bar | Kitchen was running a Carmaggedon special cocktail called the Automobile (Famous Grouse scotch, Plymouth gin, Carpano Antica vermouth and Angostura bitters). I’m sure you can ask for it though now that the faux-ggedon is over. And you should because it’s delicious.

When I went last Friday, I ran into some friends and the friend who I brought with me said it was like Cheers from the way I was saying hi to everyone. I guess I felt familiar enough to lean over to snap this picture of shrimp & grits, the meal of someone I ran into. I’ll have to  try it next time as I love shrimp and grits. This is particularly interesting with a chorizo ragout. 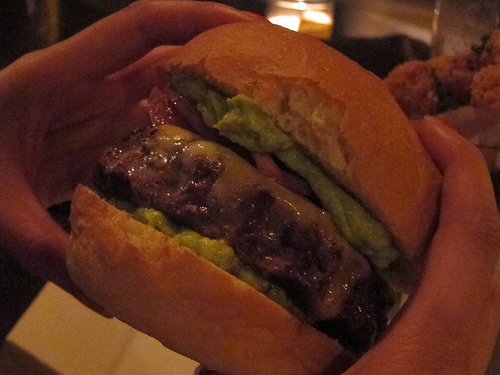 Last Friday, my friend Joan of the Hungry Hungry Hungry Hippo tried the new Kitchen burger which comes with your choice of hand cut fries or tater tots. Of course we got the tots. The Kitchen burger comes dressed with sharp white cheddar cheese, chorizo, pickled jalepeno, red onion and avocado spread. Messy but so good.

I ordered my favorite roasted chicken. I’m glad it stayed on the menu but now instead of chard, it came with succotash including artichoke hearts and fava beans.  Lovely and hit the spot after seeing a show at the Music Center. 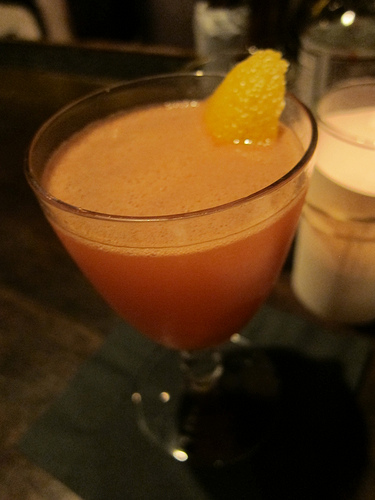 On Monday, I asked Daniel about Meletti. I fell in love with this amaro in Vegas at the Vesper. Daniel said another bartender Ricky came up with a Meletti sour and so I had to have a taste. It’s very nutmeg-y.  I loved the bitters design. It made me think of a fairy or more specifically, Tinkerbell. My friend Leah, the Haiku Foodie, has been getting into gin cocktails. Daniel made her a Jasmine (gin, Cointreau, Campari, lemon).

Can’t decide between another drink or dessert? Why not have both? Daniel served us an Absinthe Root Beer Float. It was delicious. The absinthe really worked well with the rootbeer, extending its caramel flavor. Definitely a boozy treat!

I can’t wait to try out more of the new menu. I have my eye on the burger for myself next time! And as always, more cocktails.

Bar | Kitchen at the O Hotel