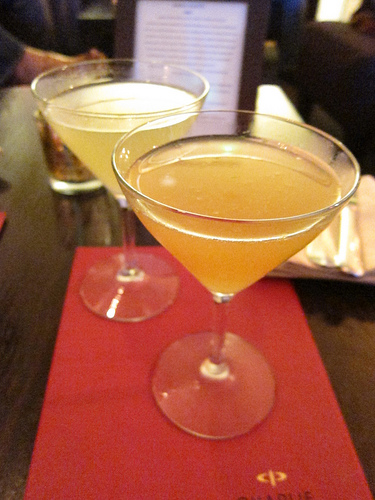 Following a stellar performance of Sarah Chang with the Pacific Symphony, I headed across the street to check out late night at Charlie Palmer. I’ve had lunch and dinner there before and was surprised to see it’s a completely different scene late night (9 PM to Close).

My friend ordered the Epiphany (Bombay gin, Cochi Americano, Farigoule liqueur, Myer lemon) and I had the Su Santino (Hardy VS cognac, Combier, lemon, cilantro). At first we were confused why her drink was green and mine wasn’t. Turns out the Farigoule liqueur is a thyme liqueur. Hers was definitely the tastier drink and I ordered it for my second round. 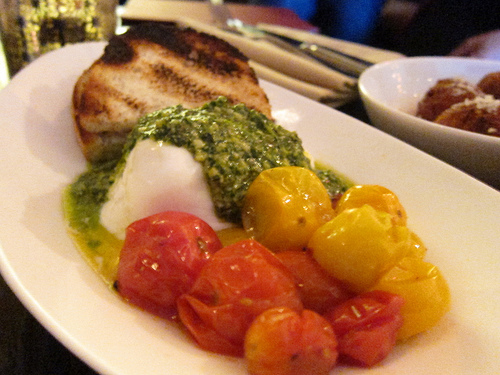 Our favorite dish was the burrata with arugula pesto. The blistered cherry tomatoes were a nice touch as well. 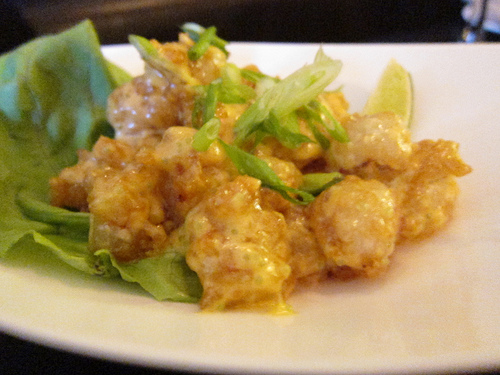 Unfortunately the crispy rock shrimp were drowning in the sauce and no longer crispy. Too bad since I really liked this dish the first time I had it. From comments of others who later joined us, this was a common occurrence and the time I had it crispy must have been an anomaly. 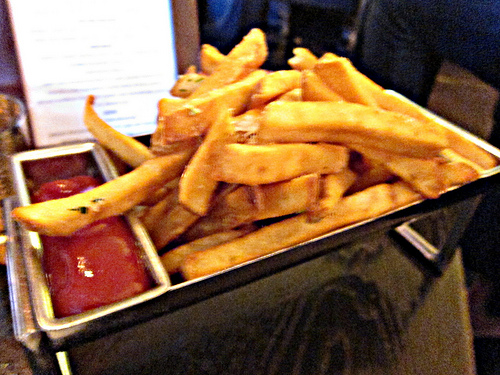 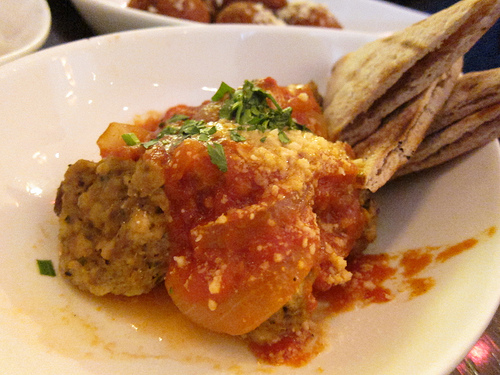 Do fries = late night? Sure.

We also had the spiced lamb meatballs which were fine though the nitpicky and hungry Minty would ask for more spice. 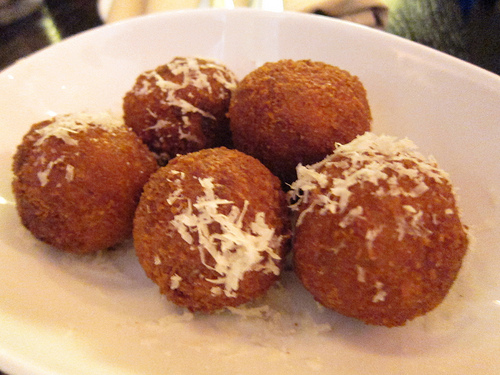 I was really confused by this dish. I thought crispy wild mushroom risotto cakes would be actual little cakes but turns out they were more like arancini. Okay, maybe that’s what they mean by “risotto cakes.” Still, where are the mushrooms?

Overall, this was a fine place to go after the symphony. It’s close and the prices are reasonable(ish). My picks would be the burrata and the Epiphany cocktail.

← Plymouth Gin & Lush Life Book Signing at the Varnish
SF: Back to Back Sandwiches at Rhea’s & Clancey’s Delis →