UMAMIcatessen: Gimme All Your PIGG 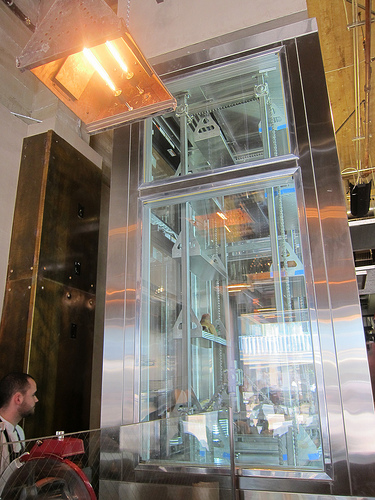 UMAMIcatessen opened earlier this month to much fanfare. Anticipation was high for the Umami in Downtown which features Chris Cosentino‘s PIGG, Spring for Coffee, The Cure (deli fare), a full bar,  doughnuts and of course, the burgers that made Umami famous. When I first heard about the concept, I thought it would be more like a fancy food court but as it turns out, it’s a sit-down restaurant. It’s all under one menu. I’ve now been three times to UMAMIcatessan and have tried quite a bit of the menu, especially from Chris Cosentino’s concept.

Pictured above is the rotating pork tower by the PIGG counter. 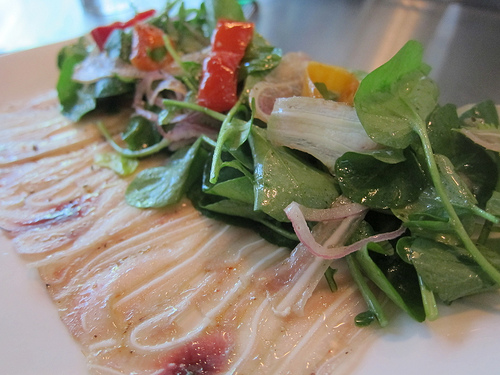 Cocktails were created by Adrian Biggs from La Descarga. My picks are the Red Sapphire, Ninth & Broad, Bourbon Pig or Urban Trader. 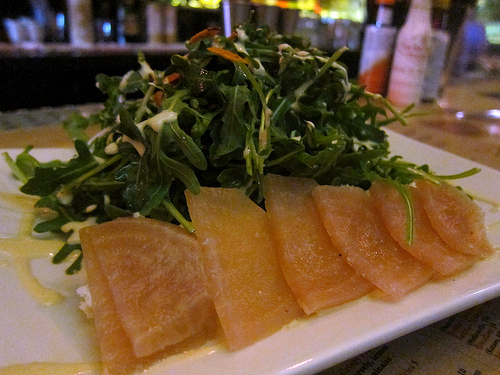 I’m in love with the pig ear salad but if piggy ears aren’t your thing, try the truffled beet salad. The pig ears are still in their glorious soft, gelatinous form with a slight crunch. 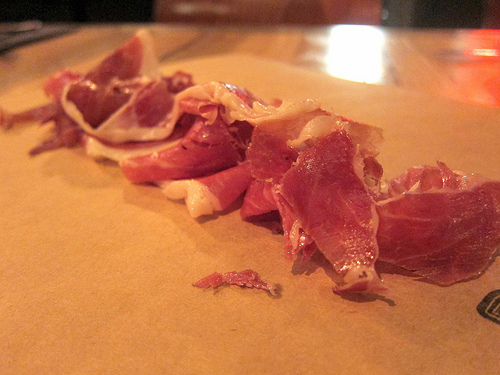 Meat! Pretty meat! I liked these with the Bourbon Pig cocktail (essentially an Old Fashioned — with no ice). Adrian advised to mush the fried pig ears that comes with the drink into the cocktail but I preferred to snack on them and then take a sip. 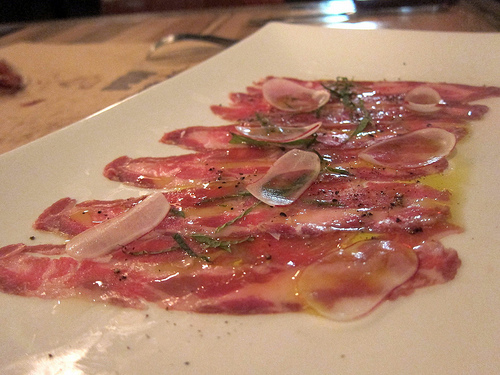 I enjoyed the the one cured meat and two raw pork we tried. Chris Cosentino has said if you trust the pig farmer, it’s not a problem to have raw pork. It’s been several weeks, I’m still alive. 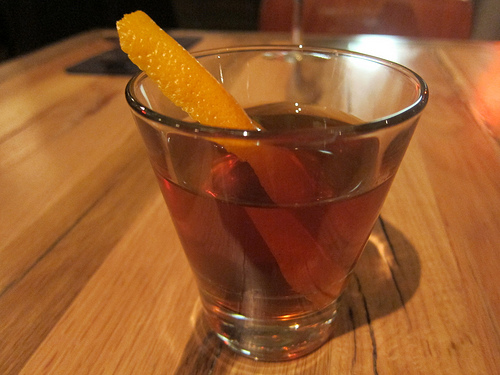 UMAMIcatessen is at  9th and Broadway. The cocktail, Ninth & Broad is essentially a Manhattan. It should be presented to you with the peel facing you and you get a whiff of the citrus as you sip. 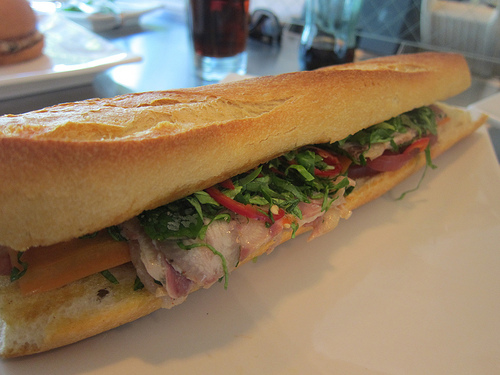 The first time I had the PIGG fries with brainaise, they were served with a thicker fries and they were amazing. I had them again for lunch a few days later but the strain of a new restaurant opening was beginning to show. They had ran out of a lot of items. The fries were skinny fries this time and they did not hold up to the heft of the ham puree and brainaise. The fries were almost immediately soggy and I had to finish them with a fork.

Brainaise, if you haven’t heard is a mayo and pig brains sauce.

I loved the bread of the hoof and mouth sandwich. It’s made from pig trotters and pork cheeks. I could have used more filling though. It is the closest I’ve come to a banh mi near my office so I might get it again.

I have heard for years how small the burgers are at Umami. I never thought of that way until I had the shrimp burger. Perhaps beef (or pork, turkey or even the Earth) is simply more filling because of the toppings. It’s a good thing I had some (soggy) fries to fill me up because there’s no way you’d get full on this shrimp burger.  I want to try the Pastrami-mami burger which was previously only available at the SF Umami.

Next time I’m going for the Secret Menu. It’s a specialty burger they are trying out or sometimes available only at other locations.

I wanted to try the aromatic chicken salad under the Cure section but they were out. I will hae to return to try the other deli items including matzoh ball soup, pastrami, corned beef and pickle plate.

I did finally try the doughnuts this week. We got the blueberry, beignets, tres leches but saved the foie gras ones for another time. I found the blueberry and beignets on the drier side. I did like the tres leches but not being a fan of whipped cream, I could’ve just used the caramel soaked doughnut by itself.

I also tried the Urban Trader this evening. It’s along the lines of a Mai Tai except with wonderful freshly grated nutmeg.

To answer the crowd’s thirst for vodka, there are three vodka cocktails including the Teal Goose (Grey Goose vodka, celery, kiwi, lime, truffle salt, sugar). It was  very savory and I can see it being a great brunch cocktail. I also tasted the Anjou (Grey Goose La Poire, Rock Sake, yuzu syrup, lemon). It was very balanced and not at all sweet.

Other drinks on the  menu include Citrus Tree (Barcardi Superior rum, lychee liqueur, red and green grapes, lime, sugar) and Black Jack (Jack Daniels Honey, blackberries, St. Vincent Orgeat, lemon). Both sound sweet to me but given that the other drinks weren’t, I’d give them a chance.

6 thoughts on “UMAMIcatessen: Gimme All Your PIGG”