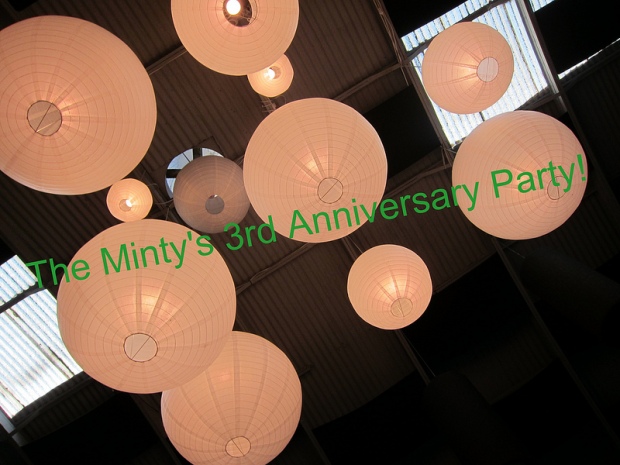 Back in November 2009 when I launched The Minty, I really had not expected it to be more than a diary of a foodie. Between the tales of bad dates, musings on cocktails and food crawls, The Minty became a lifestyle blog. Specifically my lifestyle but still a lifestyle.

Now three years later, I’m going to celebrate in a few different ways, with what I love the best– bar crawls, a food crawl and hot bartenders!

Starting on Wednesday, October 24, I’m kicking off the festivities with a Craft & Dive Bar Crawl in DTLA. Bars TBA but you can be sure King Eddy is on there. Even if it’s closed, we’ll be pouring one out for them.

Then I’ve always wanted to do a Meat On a Stick crawl. Originally it was set in Glendale but you LA proper whiners seemed to hate the idea of it being in Glendale so don’t you worry, smarty pants, I’m going to set it somewhere central on Sunday, November 4. Locations will be announced soon(ish).

Later that week on Friday, November 9, I’m rolling out Hot Bartenders in Los Feliz II. The first time I did this crawl in Los Feliz, I had ladies running into the street getting phone numbers and there was just general melee. While I can’t guarantee you that sort of nuttiness, there may be in fact a drink special or two. Details will be posted shortly but count on trying out Big Bar, Little Dom’s and the newest kid on the block, MessHall.

During these bar crawls and Minty’s recon nights (aka Tuesday nights), I’ll be on the look out for some of LA’s hottest bartenders. Yes, it helps to be physically attractive but what I (and I’m sure everyone else) wants is your cocktail  (look there are four other letters after the c-word there) knowledge. Since there won’t be a LA’s Best Bartender contest this year, I thought it’d be fun to do a shout out to my fave bartenders in La La land. I’ll be announcing my fave in a neutral location (probably not their bar but who knows?) during the Minty’s 3rd Anniversary Party. You can come along and hear the good news on Tuesday, December 11. Yeah, yeah, Minty when are ya going to give me the deets? Soon, I swear!

RSVP to any or all! Mama Minty needs a headcount so get on it.

4 thoughts on “The Minty is Turning Three! Let’s Party!”