Barhopping in Orlando at Hanson’s Shoe Repair and The Woods

Before I left for Orlando for WSWA, I made a short list of craft cocktail bars including a speakeasy called Hanson’s Shoe Repair.  It’s in Downtown Orlando and upstairs from the NV Art Bar.

We made reservations and got the password for the evening but there was still a 45-minute wait so we grabbed a drink at the downstairs NV Art Bar. However, the businesses are not connected so you’re not allowed to bring your drinks upstairs when they’re ready for you. We got Balvenie on the rocks at NV. 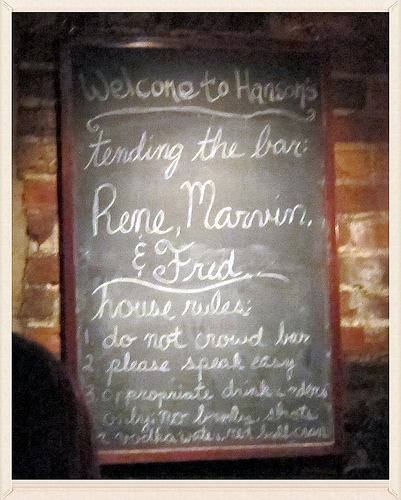 Once inside, I noticed the “standard” speakeasy rules. I looked over the menu and then the spirits selection.

It’s a pretty cute place but I was confused by the way the bar was handling drinks. The two bartenders would take orders then bring it to their bar manager working the service well. The bar was pretty busy but I didn’t see anyone really wait that long so maybe this system of having one bartender for the entire bar works out for them. At some point I looked over and he was beating the heck out of a Lewis bag for crushed ice. 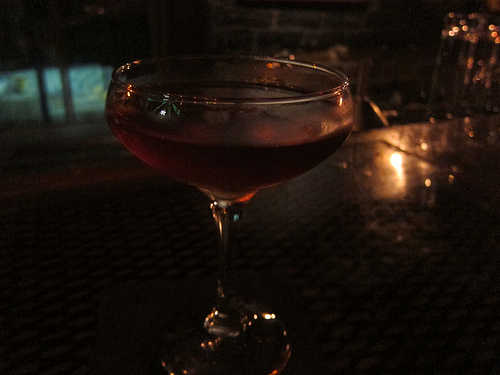 For my first drink, I decided I wanted Bartender’s Choice with rye and Green Chartreuse. I requested the high proof Wild Turkey. I was then given what amounted to a rye daiquiri with green chartreuse. It was a bit odd. Not messing around the second time, I opted for a Hanky Panky. It was pretty good but my drinking buddy wasn’t feeling either of his tequila cocktails so we headed to our next stop. 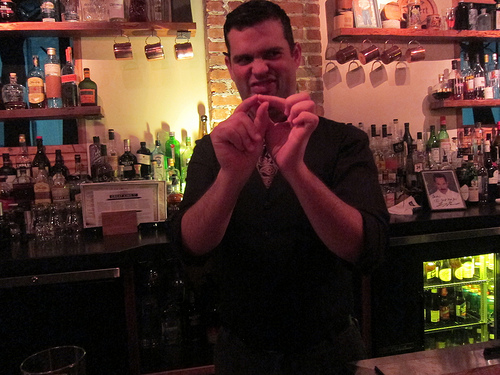 Mike at The Woods entertaining us

I immediately felt better once we got to the Woods. I liked the wide open bar and the spirits selection was much better than Hanson’s. I left my friend in charge of our drink orders. 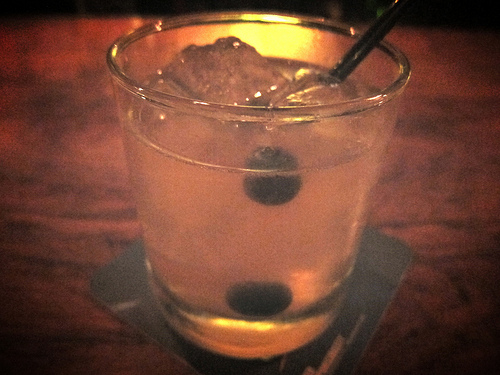 And I was gifted with a taste of mezcal and a tequila drink with blueberries. We had a great time chatting with bartender Mike who gave me his card. He’s in the USBG which explained the skill and earnest concern if we liked our drinks. Oh we did!

Downtown Orlando reminds me of Gaslamp District in San Diego but a million times crazier. Everyone was just everywhere when last call rolled around. It’s a college town vibe. There are amusement parks nearby. Maybe these factors wouldn’t indicate good bars in downtown but hey, they do have a speakeasy that requires a password!

I wish I had more time to go to more bars during my stay in Orlando but I’m glad I found my bar of choice in Orlando, The Woods.