For the closing party at Portland Cocktail Week, almost every chapter of the United States Bartenders Guild was represented. The party was held at the Jupiter Hotel. A tent was built in the courtyard but the party extended to another side tent and down the driveway. It was amazing to see everyone come together to celebrate another successful Portland Cocktail Week.

Two chapters had to drop at the last minute but there were still 40 chapters’ drinks to check out. Did The Minty try them all? Well…Let’s just say I had fun.

First off, major props to the USBG LA chapter. Rich Williams and Naomi Schimek from the Spare Room showed everyone LA has swag. Lots of it. The theme was a little bit of surfer Californians meets tiki which is part of the historic LA drinking culture. I missed last year’s party where the theme was very Hollywood complete with a casting couch, velvet rope and hard-to-get past security. A little birdie told me there was a friendly competition between the tables and LA was the one to beat this year. Well, in that case, I think we may have won again. Particularly since LA actually brought sand to the booth! And the table was set up like an actual tiki bar with fresh orchids, tiki mugs, photos, bar stools and way, way more. Details, details. It’s all in the details.

LA served LA Tiki Thyme (Angostura 5 year rum, thyme honey, sweet vermouth, citrus, Angostura bitters). It was delicious but I had to stop hogging up the bar stool and go check out the other USBG chapters.

Our pals up north weren’t chumps either. San Francisco brought it with a delicious Fernet-Branca-y cocktail. I mean, really, it’s SF. It’s to be expected.

Jason O’Bryan from URBN in San Diego manned his chapter’s table. I’ll give him that he pulled off the surfer vibe with those sunglasses.

Across the way, Missy Cross from Sun Liquor represented Seattle. I’m glad she brought down Sun Liquor’s new rums for everyone to try.

Sacramento and Portland were also in this little entry way to the main tent.

Speeding around the tables, I saw some friendly faces like this bartender from St. Louis who was on my curling team the day before when I attended the Hendrick’s Gin field trip. 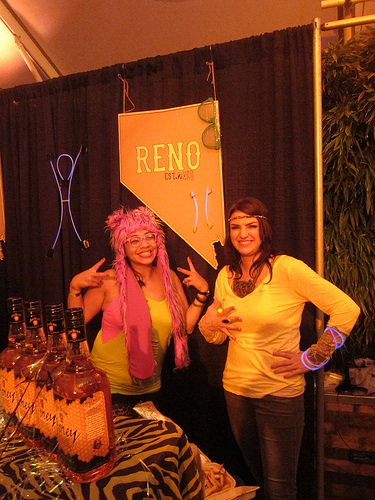 Reno trying to funk things up in PDX! 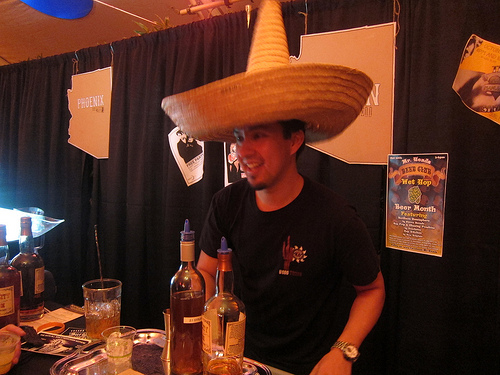 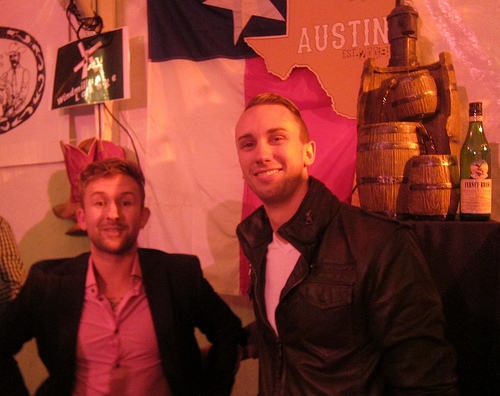 Hot Bartenders Alert!  Be sure to visit Justin Lavenue,most recently from Boulder, at the Whisler’s in Austin.

I thought Atlanta did a great job decorating their table with everything from Ray Charles prints to Coco Cola. 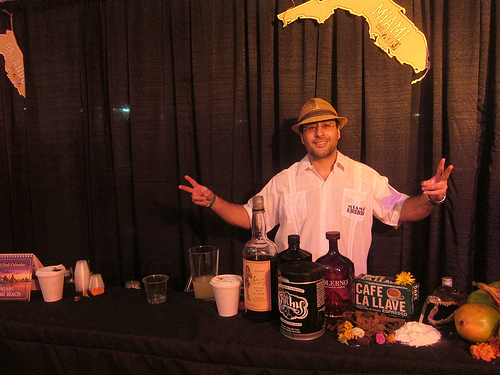 Miami was very friendly. Step on up for a cocktail or 5. 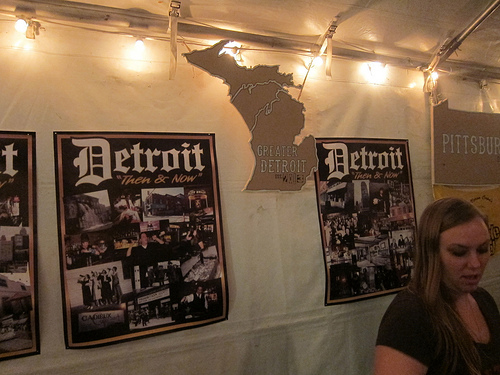 Earlier in the week I met Liz Cosby from Detroit who excitedly told me about the Detroit coozies. Ah, so very Mid-West! I also liked they were serving Beer Barrel Bourbon from New Holland from Michigan. The bourbon is finished in beer casks for three months giving it a very cool flavor. 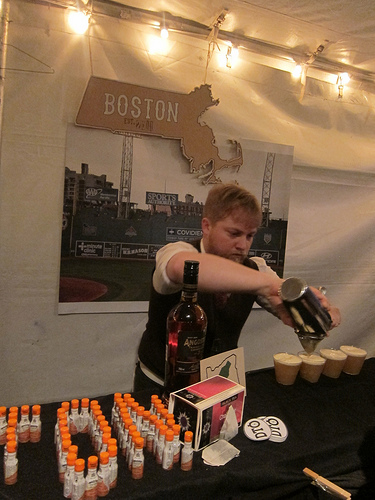 Kevin Mabry from jm Curly working it. Loved how he spelled out Boston with mini Angostura bitters.

Carol Donovan showing us a very pretty smile and welcome from Chicago. 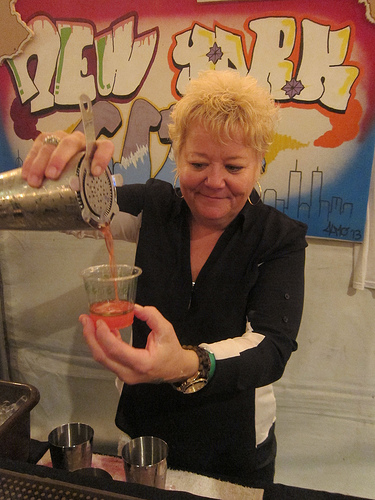 There are ice luges and then there are ICE LUGES in the shape of a revolver. Phoenix, this was amazing.

If you can’t make it to the whole week for Portland Cocktail Week, then at least make it to the closing party. This public event was only $20. A wonderful event with some of the best in the industry.

3 thoughts on “PDXCW: Ain’t No Party Like a Bartender’s Party- USBG Party at Portland Cocktail Week”