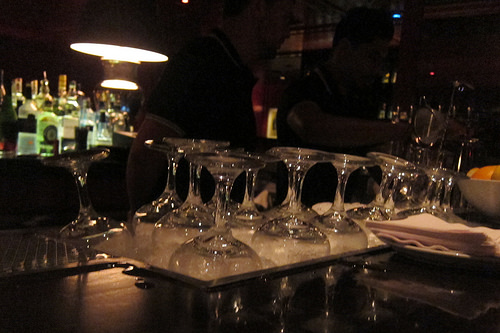 The Continental Club just opened in Downtown Los Angeles. Next door to Bar Ama, you enter the swanky lounge street side during the week and down the alley during weekends. We were there early enough that we didn’t need reservations.

We admired the coupes on ice and the wall of booze lockers. You can buy a bottle to await you every time you swing by. We decided to try out the drinks first.

If my friend’s drink was a minor deviation from the classic, then mine was totally an 180. A Martinez is old tom gin, sweet vermouth, maraschino, bitters. I prefer mine with Boker’s bitters but most bars do halfsies of orange and Angostura bitters. Continental decided to go with London dry gin, orange curacao, grapefruit-infused vermouth (assuming a dry vermouth) and orange bitters. The whole thing was just wrong. It is really a martini. It didn’t taste bad, it just wasn’t a Martinez. Actually, I’d drink this again if they would rename it the Continental Martini.

The rest of the menu was probably just fine. I’d stick with the shaken drinks next time. Perhaps rum or mezcal. 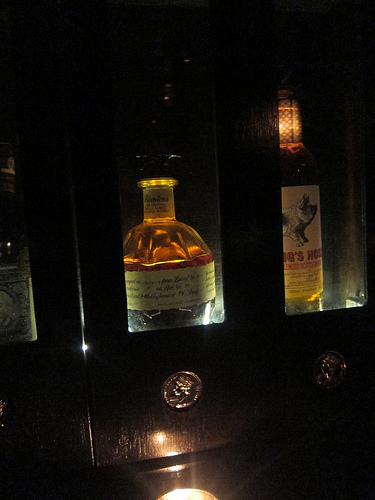 ← Costa Mesa – How to Create a $12 Bowl of Ramen at Santouka
West Hollywood: Herringbone Opens at the Mondrian →