SGV: Hands On at Beijing Restaurant 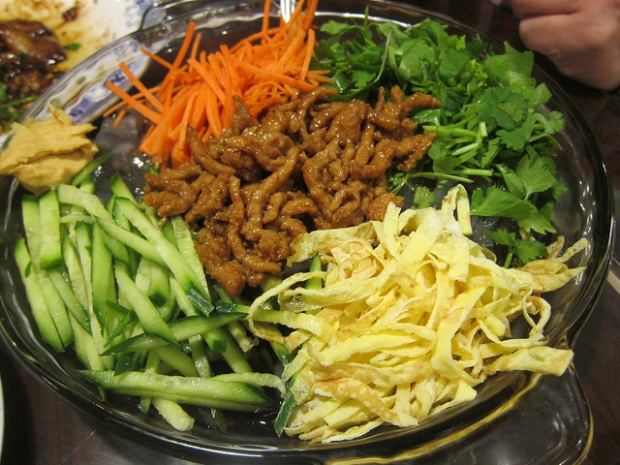 I recently checked out Beijing Restaurant as part of the Chinese Cuisine Festival or unofficially the “San Gabriel Valley Restaurant Week.” Beijing is in the same plaza as Shanghai Seafood No. 1 so it was a great joke for us to talk about a food crawl in between the two “cities.” Of course, after an hour went by waiting for Beijing, I did long for a bit of Shanghainese food.

I went with a friend who was familiar with Beijing food who explained to me that there really wasn’t anything really very Beijing other than river fish which he didn’t like so we didn’t get it. The food he’s encountered in Beijing is mostly a collection of specialties from other provinces collectively known as Northern Chinese food.

We started with a cold noodle dish that reminded me of bibimbap. Apparently these wide cold noodles are near enough to Korea to have that influence. It’s served with a hot mustard and warm ground lamb. You mix it all together with black vinegar. I liked this dish heated up the next day but a note of caution, take out the mustard. There was definitely a tear gas effect when heated. 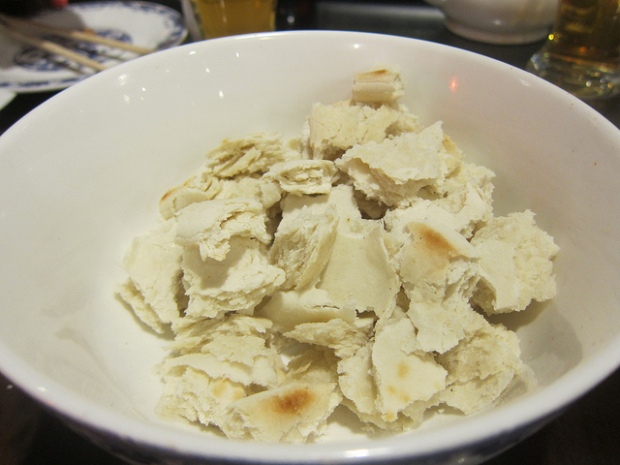 I was pretty excited by the lamb bread soup noodles. First you are presented a disk of bread which you tear into tiny pieces. The server will then bring you back a bowl of lamb bread soup. 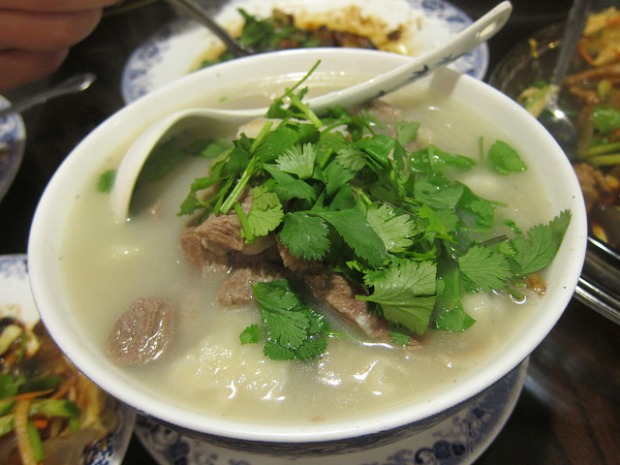 I suppose they could rip up the bread for you but there’s something fun about being hands on with your food. The soup was warming and the lamb was very flavorful. There are a few slippery noodles but the star of the show is the bread which has soaked up the soup. 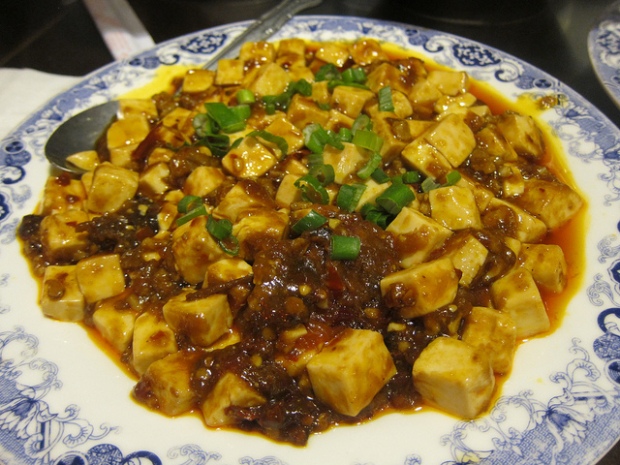 I can’t help but order mabo tofu everywhere I think they’ll make it spicy enough for me. I’m on the hunt for the ma la spice. Beijing Restaurant’s was a bit tame but was filling enough. 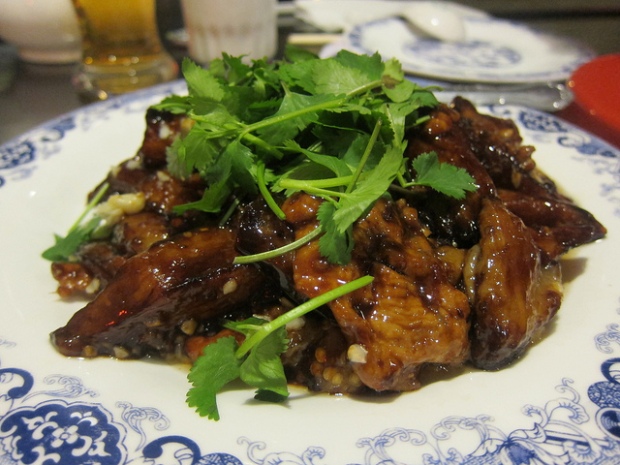 I also love eggplant and this was our favorite dish of the night after the lamb bread soup. When I asked what sort of meat this was, my friend said “anything that says meat is pork. Otherwise it’ll say beef or lamb.” Oh, duh. The Chinese do love their pork. It’s just “meat” to them. 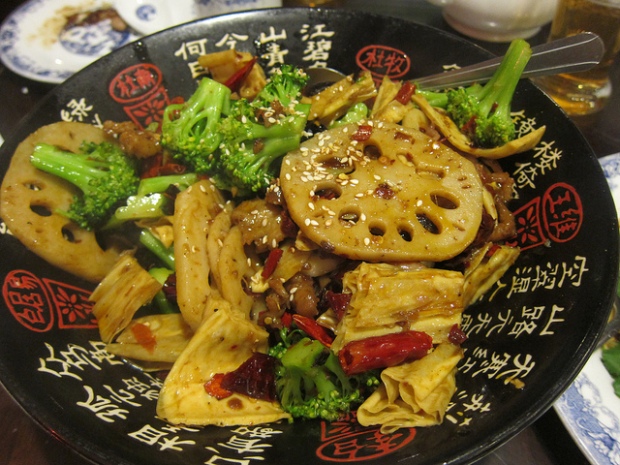 We did order one of the special dishes featured for the Chinese Cuisine Festival. The hot pot is actually served in a decorative bowl. You can pick up to five items. They were out of  napa cabbage so they substituted with broccoli. My friend and the owner picked out the bean curd, lotus root, “spam” and lamb in this dry style hot pot. The spam is canned meat but not the brand we’re familiar with here in the States. It was fun to dig for stuff but it did get progressively spicier and spicier. 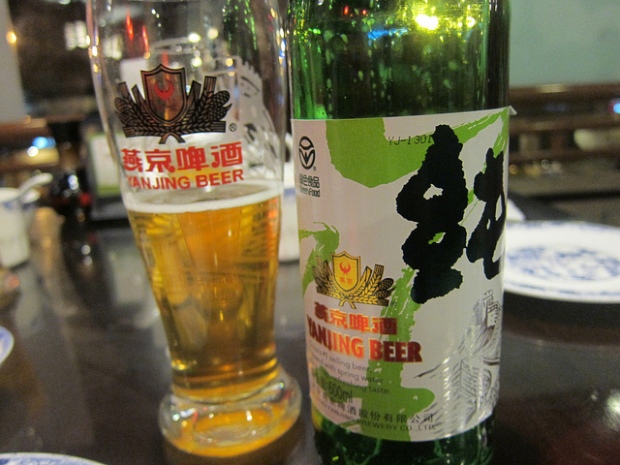 Good thing we had Beijing beer to wash down the spiciness of the food. The mild lager is perfect with the meal.

Now I have to try the other Beijing restaurants; Beijing Tasty and Beijing Pie House next!