Koreatown: Getting Our Grill On at Star BBQ

grilling a lot of beef

When friends come to visit LA, I think there are a few quintessential LA experiences. After doing all the touristy stuff, there’s always time for dinner. And one of the fun things to do is going to a Korean BBQ restaurant. I love cooking with friends and it’s even better when you’re done, someone else cleans up.

I’ve been eyeballing Star for a while and was glad to finally make it in a couple weeks ago. We opted for the highest priced all-you-can-eat option at $19.99. I think it’s a great deal since you can get all the meats from the $13.99 and $15.99 lists plus some special dishes only on the deluxe list. 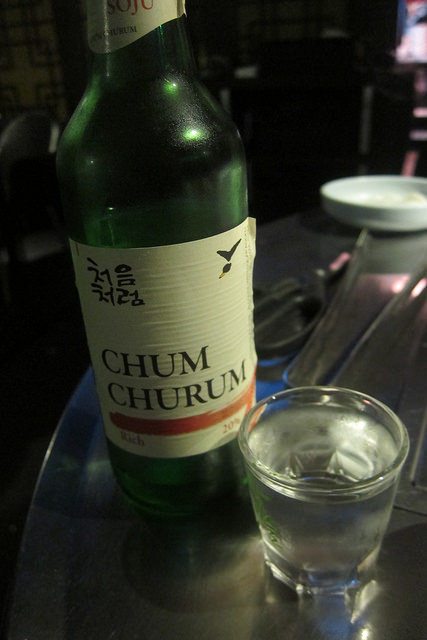 It’s not really KBBQ unless there’s a bottle of soju. I normally go for a different brand but Star seemed to be pushing Chum Churum pretty hard. If we had gotten a second bottle, I would have gone with the higher priced Chamisul. Chum turned out to be fairly rough and rocket fuel like.

We went round after round, chasing all the interesting cuts as well as standards. Our favorites turned out to be pork neck meat, pork jowl meat and shrimp. We also liked the ribeye though don’t be fooled when they say it’s only a “small” piece. It’s not! It’s a whole steak!

The banchan was a little bit on the sparse side so I’m glad we got to order hot pepper paste soup, a steamed egg and the greatest thing ever- kimchi rice lunch box. 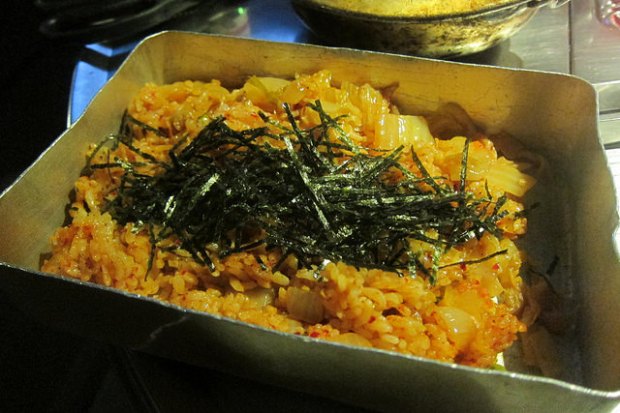 We certainly needed the carbs before heading out to drink in Ktown.

← SGV: Getting A Bowl of Love at Pho Hai
Koreatown: Soon Dobu at Mapo →

2 thoughts on “Koreatown: Getting Our Grill On at Star BBQ”