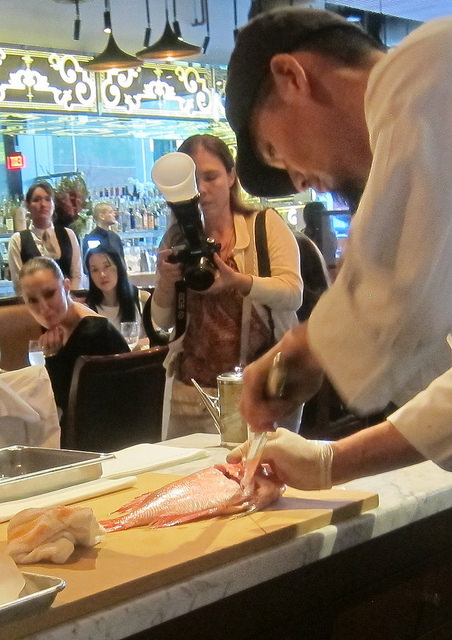 Chaya in Downtown Los Angeles welcomes new Executive Chef Joji Inoue and he has introduced a new menu. The sushi bar has been replaced with a kaisen seafood.

Chef Joji and Chaya decided to change the sushi bar over to a kaisen seafood bar to feature whole fish and other seafood from Japan’s famous seafood markets including Tsukiji Market. Each week Chaya will receive a new shipment of fish to feature. When I attended a preview party, everyone was dazzled by the Cornet fish which has a very distinctive elongated mouth.

One of the new dishes is a fish you pick out and it gets served at your table. You may choose either grilled, deep fried, salt-baked or acqua pazza which is an Italian preparation.

We tried that and I really enjoyed the flavors that had garlic, onions and even bits of clam. 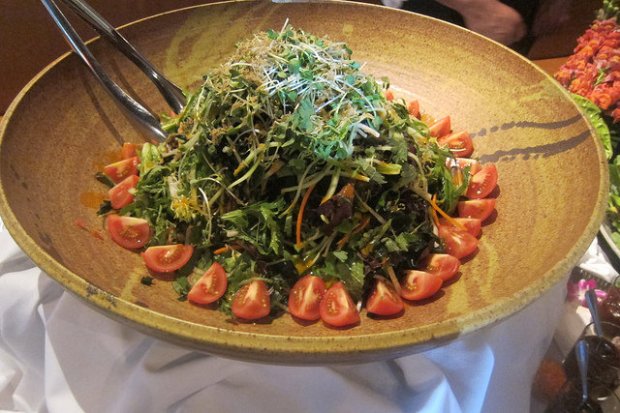 I’m happy to see the salads are still brilliant. I always love the seaweed salad. Chaya has also brought back its popular summer beer garden. You can get the skewers out on the patio.

Although not a sushi guy, Chef Joji has introduced battera or box sushi. The Osaka-style sushi is perfect for those who love sushi rolls that are also very fun. I was really into the salmon with a bit of chili oil. 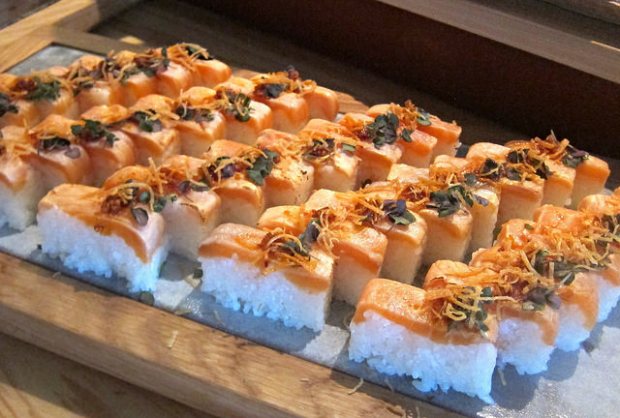 The battera sushi would be a great lunch if you can’t wait for dinner to enjoy the full kaisen experience. I’m eyeing those luscious seafood towers. 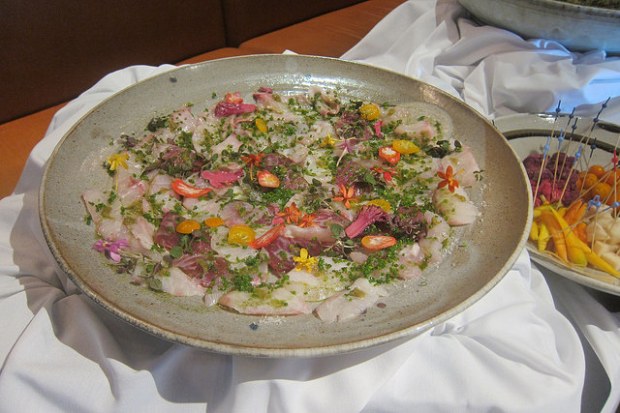 Chef Joji demonstrated slicing fish for sashimi and within a few minutes, the whole Cornet fish turned into a beautiful plate of sashimi complete with pickled vegetables and edible flowers. 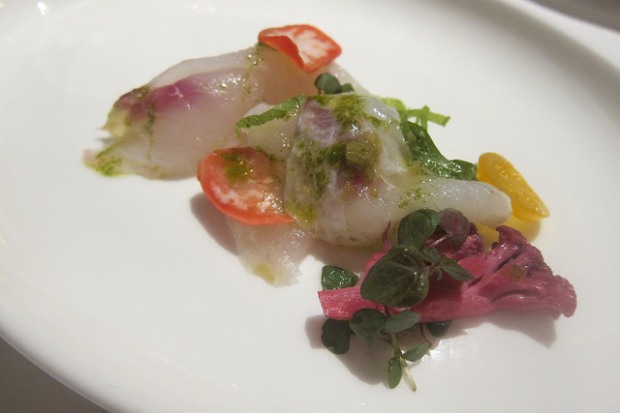 close up on the bonnet mouth sashimi

Chef Joji thought the Cornet fish tasted best as sashimi. It had a mild flavor that reminded me a bit of snapper.

The plentiful oysters, shrimp cocktail and lobster claws by the dozens that really got the crowd going. 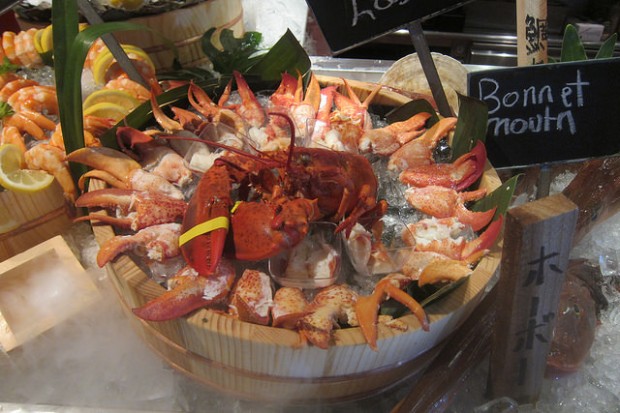