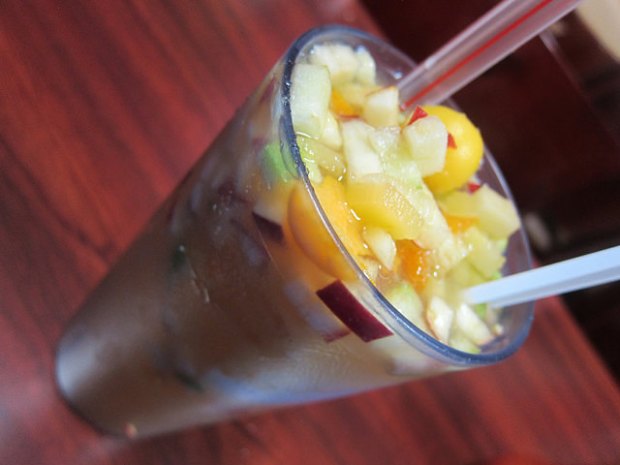 I checked out Melys Pupuseria one night after the gym. We were starving and pupusas sounded like a good idea. Once I got there, I saw they had Siete Mares, one of my favorite seafood soups. I don’t get to Gloria’s often enough and hoped Melys would be my Eastside replacement. However, due to a communication problem, I didn’t get my soup. Perhaps next time, if I return.

I was going full Salvadoran so I got the ensalata to drink. It’s basically a fruit salad in a cup with the Salvadoran fruit nance as a key ingredient. It can be viciously sweet and perhaps a glass of water is in order as well. 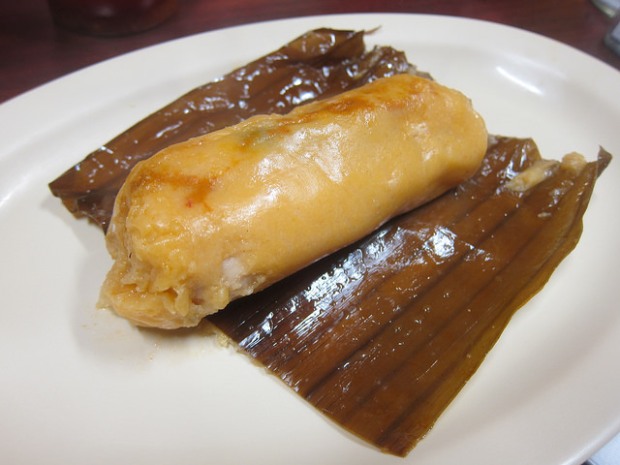 I got a cheese and lorroco pupusa. Lorroco is a wild Salvadoran herb. I really liked the texture of the pupusa. It wasn’t heavy and I piled on the curtido (cabbage slaw). When I realized I wasn’t getting my soup, I debated another pupusa but opted to head out.

My friend got the wet burrito and she said it was very good. I tend not to order burritos since I love tacos. But hey, aren’t we at a Salvadoran spot?